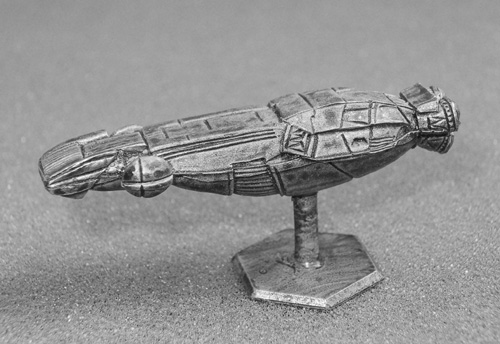 ***Just writing out a scene for the heck of it - not necessarily the beginning of a full story.***

The interior lighting shifted to blue as the command bridge started the jump sequence. By now everyone knew what to expect and few bothered to strap themselves in or stop whatever was preoccupying their time. After all, a jump only lasts for a moment and then it's back to business.

Earlier vessels used to have klaxons that blared throughout the ship to announce the beginning of a jump sequence. Training dictated that everyone would report to the nearest crew quarters or otherwise safe location, strap themselves in and trigger a signal confirming they were secure. We didn't fully understand the effects of creating space time distortions on a regular basis and so a lot of precautions were taken. These days it was just a minor inconvenience on our way to our final destination.

As I scanned my communications console, I could still see a few ready signals piped up to my terminal. Old habits die hard, I suppose. And if it helped those members of the crew feel safer right before a jump, then it couldn't be a bad thing.

In training they always told you that a jump was instantaneous - that it would all be over so quickly that the average human brain wouldn't be able to process what was going on. That all sounded well and good in theory, but practical experience indicated otherwise. If anything, a jump could often feel like forever.

I could feel the hairs along my arms and the back of my neck stand on end as the jump time finally hit zero. It always seemed eerie that the jump would happen almost surreptitiously - no roar from the engines nor any kind of flash of light. One moment you were here. The next moment you were somewhere else. But in-between those two moments - a span of time that was far less than an eye-blink - one would feel this overwhelming sense of...something.

The closest I could come to describing it is something like deja vu - you get that weird feeling that something seems too familiar and you turn around and try to figure out what triggered that sense. Or maybe it was like the feeling that someone was watching you from a distance and your turn around and see nothing. Combine all those weird feelings and multiply that a few thousand times and there's your magical moment during the jump. I suppose this was like "someone walking over your grave" to borrow an old saying.

Yes, the jump only lasted for a moment. But more often than not, that moment could feel like it stretches on for a lifetime. And many people swore that they could see things during the jump - shadowy figures out of the corner of their eyes or glimpses of some distant past or far-off future. There was a strangeness to the jumps that everyone agreed upon but no one was truly willing to discuss at length.

Besides, it's  not like we could give up the technology. It was the only way we were going to find a new home.
fast fiction writing