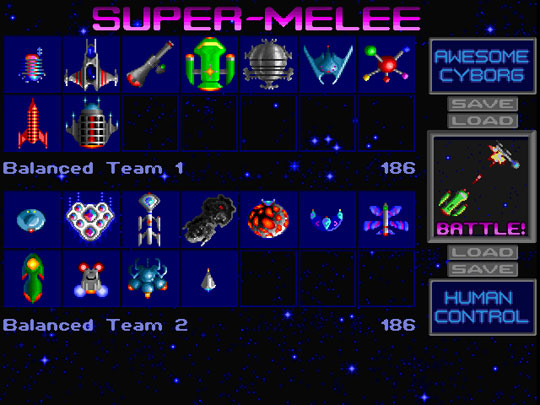 I'm not quite sure why, but I've been thinking a lot about the old Star Control video games as of late. There have been only three official releases in this franchise and I've managed to play all of them at one point in time in my life or another. The first game was a straight up spaceship action shooter where you could control one of a host of alien ships and duke it out in 2D combat. The second game added a rich story and both resource management and adventure game elements into the mix. The third game built on that and tried to continue the story, although it wasn't written by the original team.

Star Control II was the real game-changer, and it remains to be one of the best games ever made based on various lists. The game put the player in charge of a massive alien starship that you use to find out what happened to your homeworld of Earth and perhaps salvage the war effort against the Ur-Quan and their Hierarchy of Battle Thralls. To do this one would have to explore the galaxy, harvest resources, build up your ship and hopefully find a way to defeat the big bad enemies.

The manual alone provided a very rich back story to the game and explained all that had happened between the Alliance of Free Stars and the Hierarchy of Battle Thralls. To this day I'm sure that a lot of Star Control fans continue to wonder about the fate of the Androsyth, the true nature of the Orz and the question of the Arilou. Star Control III tried to provide additional answers about many of these questions, however fans aren't in full agreement about the "legitimacy" of all revelations in that third installment of the game. Many feel that they aren't at all canonical and thus we're left with the limited part of the story revealed in Star Control II.

I wonder if it's time to try and re-play some of the games just to scratch this particular geek itch. It would be  nice to find someone else to geek out with about the game as well, but admittedly I know it was a bit of a niche game for its time. But blog posts like this way do go a fair bit of a way to make me feel a little better.