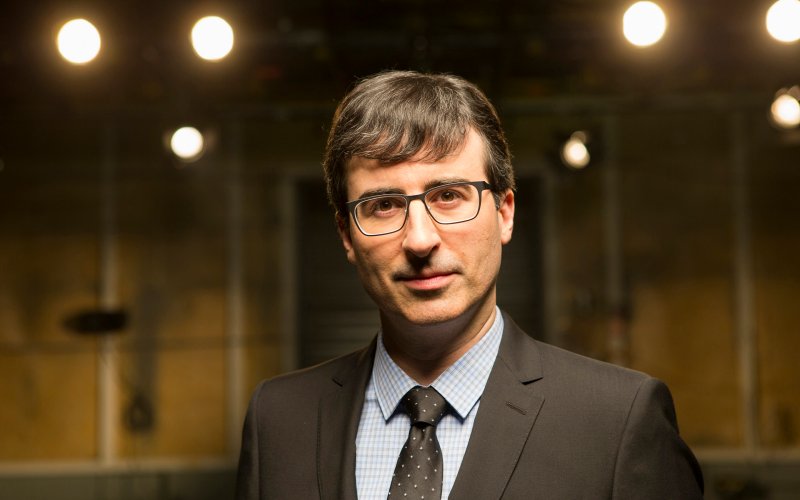 I never truly got into The Daily Show or The Colbert Report. And while both shows have gotten a few laughs out of me on occasion, it never reached a point where I felt the shows were worth following in their entirety. I'd usually wait for the clever sketch or monologue bit that would go viral on YouTube, and that's about it. I guess Jon Stewart just sort of annoys me and Stephen Colbert's antics and entire persona just seem way over the top.

But for one reason or another, I'm really getting into Last Week Tonight with John Oliver, HBO's foray in the comedy news arena with former Daily Show correspondent John Oliver. Folks may remember him a bit more from his supporting role on Community, although I have to admit that I never particularly liked his character there either.

But on this show he's turning out to be rather brilliant. There's something about this 30-minute show format that seems to allow him to push the limits more and yet remain more focused on key issues. He has to recap an entire week of news after all so in the end he only really picks 2 or 3 stories to explore at length. Plus he gets to swear as much as he wants.

It's a great show and his recent efforts to tackle subjects like the dangers of drones, the sham of Miss America being a scholarship program, police brutality in Ferguson, and even Net Neutrality have resulted in great summaries that really hit home and yet remain pretty funny. It's a shame that we don't seem to have the sort of wit or sophistication to have similar comedians here - or at the very least we have very sensitive politicians who wouldn't appreciate being called a dingo.