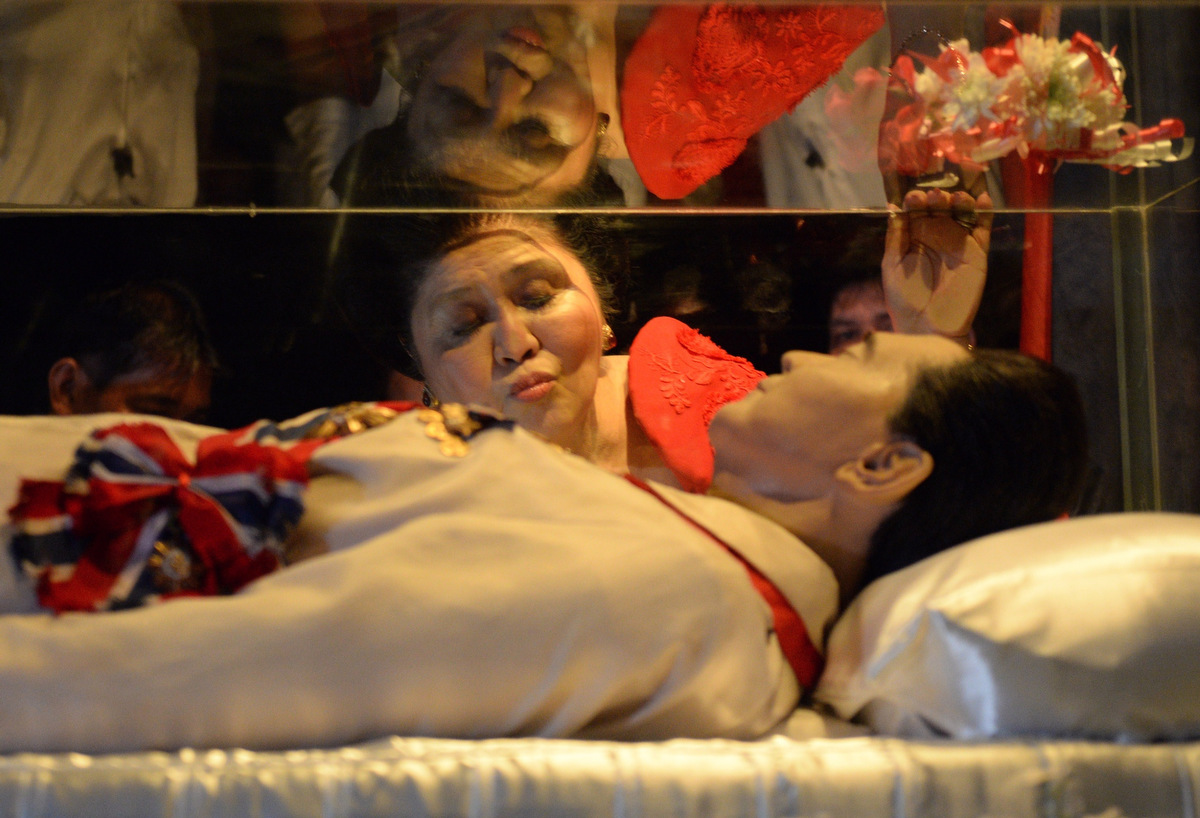 Only in this country can it even become a question whether or not a former dictator deserves a hero's burial. I mean seriously, after all that had happened, the billions of pesos stolen and the many who died under the Marcos regime, the Marcos family should count themselves lucky that his remains were allowed back in the country at all. But to demand for a hero's burial with full honors? Arrogance! This is all just part of the overall Marcos effort to change their family's role in history and to further their own political ambitions.

And no, agreeing to the burial is not some essential step to moving forward as a nation. Getting back all the money that had been stolen and making sure all those guilty of human rights violations during the Marcos era would be more appropriate steps towards true resolution. The fact that there are still quite a number of accounts (both known and undetermined) that are stuck in legal disputes (with the Marcos family aggressively fighting back no less), clearly we have a lot of unresolved issues here. And I don't see how Marcos' military service (many details related to his supposed wartime achievements now being suspect) trumps all the crimes he committed against this country. The evils he was responsible for far outweigh any good deeds he might have contribute to our country.

But now we even have the likes of Senator Chiz Escudero adding his voice to calls to allow for the burial, which is  weird bit of political posturing right there. Does he think this will help his future political chances? Is he getting ready to jump ship should the Marcos family make a serious bid for the Presidency in any of the coming elections? Whatever his reasons, it all strikes me as rather distasteful.

So please, let's put this stupid story to rest, especially during a period when we're all remembering the anniversary of Martial Law and the dark years that followed. Just stop it you stupid, stupid idiots.