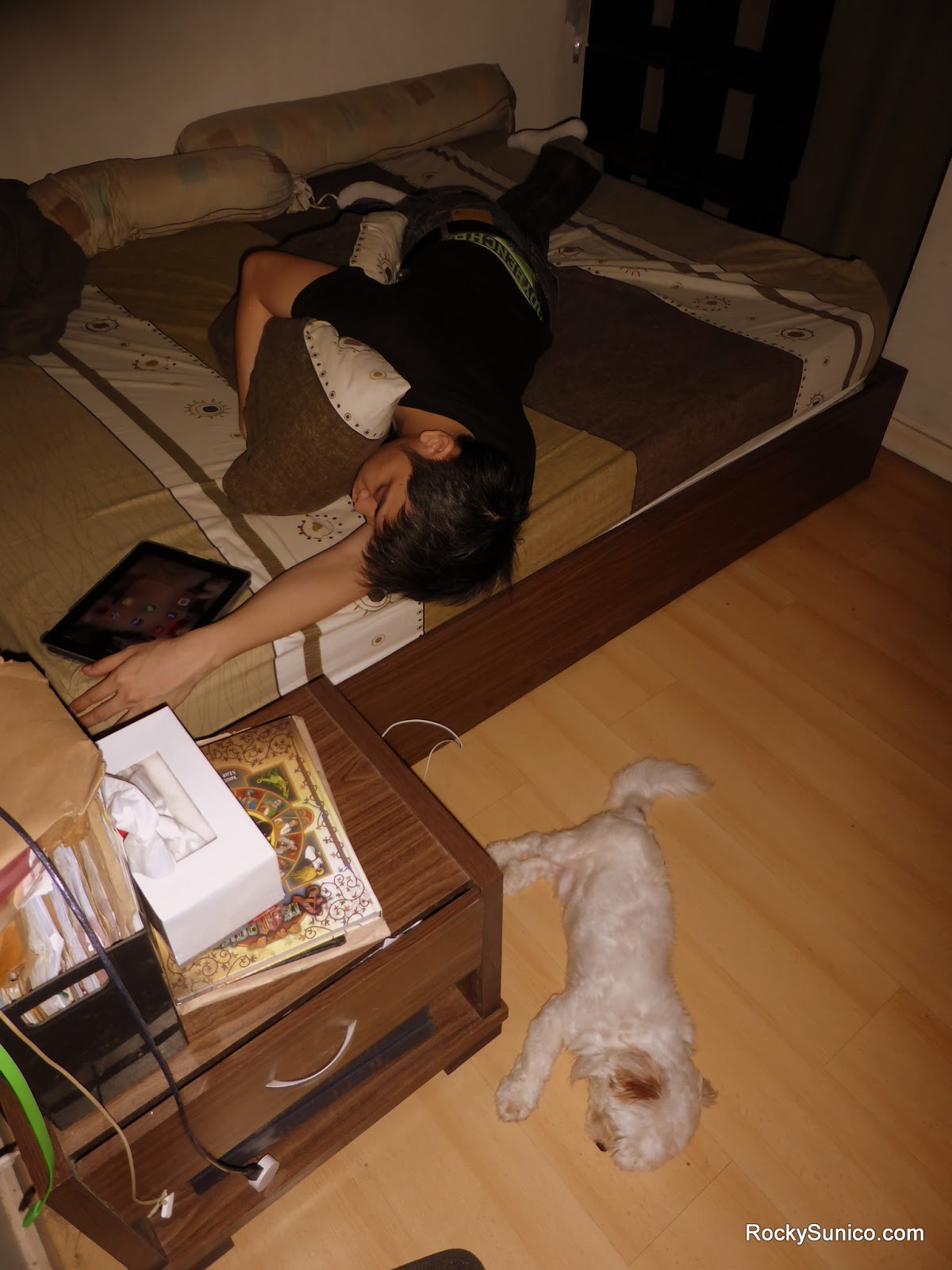 I definitely had way more sushi than I should have for dinner - my brain is moving a lot slower than I'd like and it seems to be taking me a while to develop a full blog post idea. So I guess I'm just going to ramble instead. I mean look at Tobie in this photo - he's out like a...Yoshi?

Well we've had a pretty busy day - or perhaps a busy weekend is a better way of putting things. Because that means tracking back to our Saturday night game night with friends where I had a pretty good run. I won both our games of Caverna and Machi Koro, while my first play-through of Robinson Crusoe with Tobie was also a cooperative success - on turn 10!

Then after a few scant hours of sleep, we were up again in the afternoon to catch the Sunday matinee of Repertory Philippines' Pinocchio, which was rather quaint and not quite as bad as I had expected for the annual children's production. What was most strange was the fact despite being in a theater consisting mostly of young children, they were pretty quiet during the show. I guess I can't really complain - I don't think I would have been happy with too much noise. But still, it was a little surreal to be with such a quiet audience - and this is despite there being quite a few bits calling for audience participation!

Then it was off to the 35th Manila International Book Fair, although admittedly I wasn't really expecting to find anything of note. We chanced on two titles of decent enough interest at the National Bookstore book and picked them up with a modest discount. That sort of made the trip worth it. In-between Pinocchio and the book fair, we also tried to track down the latest wave of Transformers Generations figures and only found three of them. As expected the last one, Windblade is proving a little more elusive than the others. But I'll get her soon enough.
books cultural victory gaming tabletop gaming toys Transformers