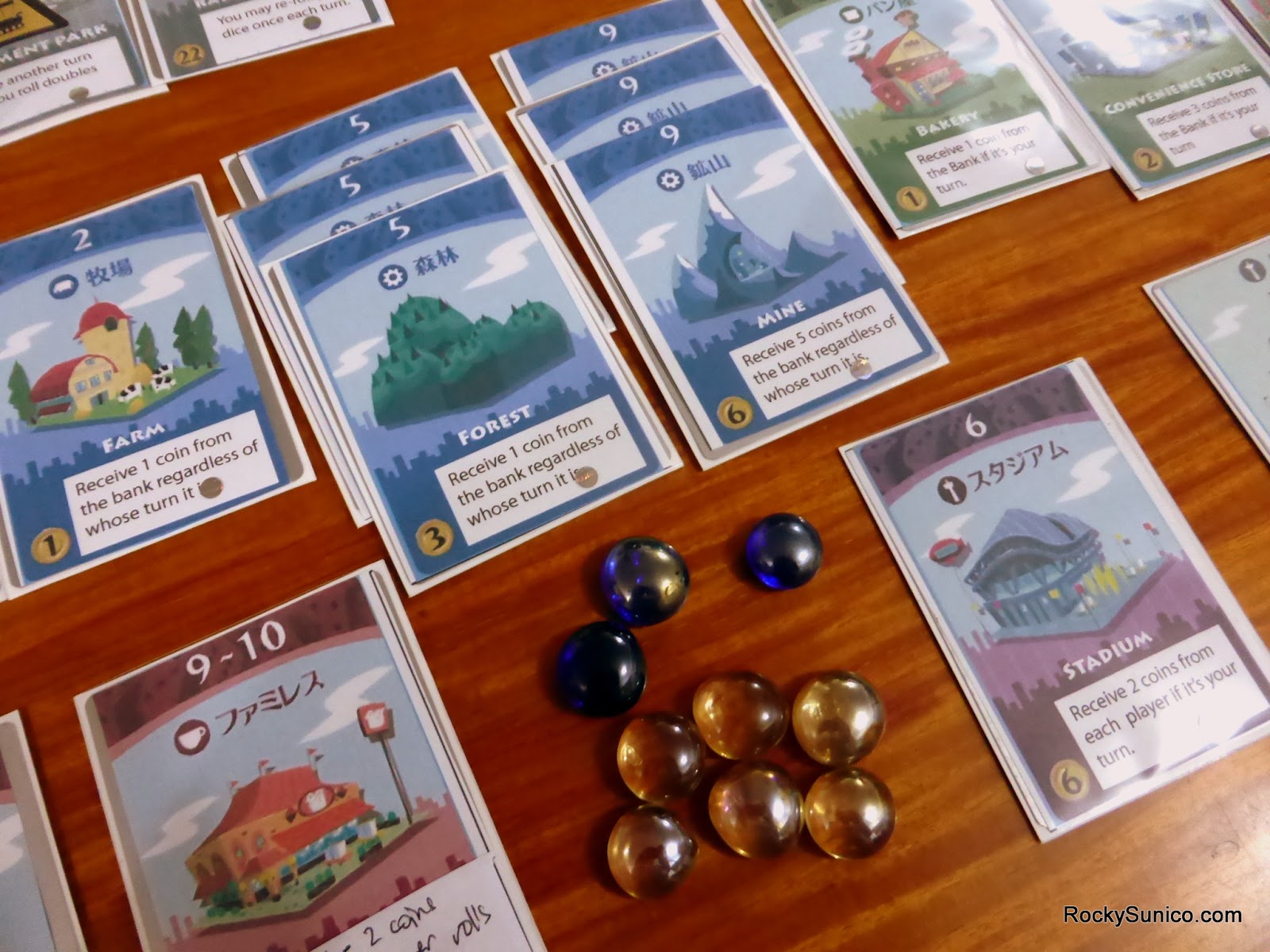 Last night was our August FTC Game night with a few of our more fabulous friends. It remains a rather exclusive gaming event and we're rather particular about maintaining a good group composition for these particular events, and I think last night as a good session.

A game that really clicked with me for some reason was Machi Koro, a Japanese card game that Tobie created a rough print-out copy just so we could try it out. One of the fun "traditions" of the game is to shout out "Machi Koro!" whenever a dice roll results in all players earning money. For one reason or another I really got into that particular aspect of the game and that carried me all the way to winning that first game of ours.

We played a fun mix of games including trying out the Survival of the Fittest expansion for Last Night on Earth and introducing Miguel and Lanchie to the joys (and stress) of Carcassonne. As for today, Tobie and I slept in a bit and spent the past few hours playing Diablo III: Reaper of Souls.

Considering that I had set aside this Sunday to sort of celebrate my birthday last Thursday, I know this doesn't sound like all that much. But quite frankly, I'm pretty happy with how things turned out, really. I've had a pretty stressful past few weeks and I suppose that the best gift I could ask for is just to rest and have a good night with friends. Tobie and I are still trying to figure out where we might have dinner in a bit, but then the weather isn't exactly encouraging us to go all that far away from the Cubao area.

But we will try to celebrate in a bit more traditional fashion later at O Bar. I don't expect to see too many friends, but at least it'll be a fine way to cap off the weekend.