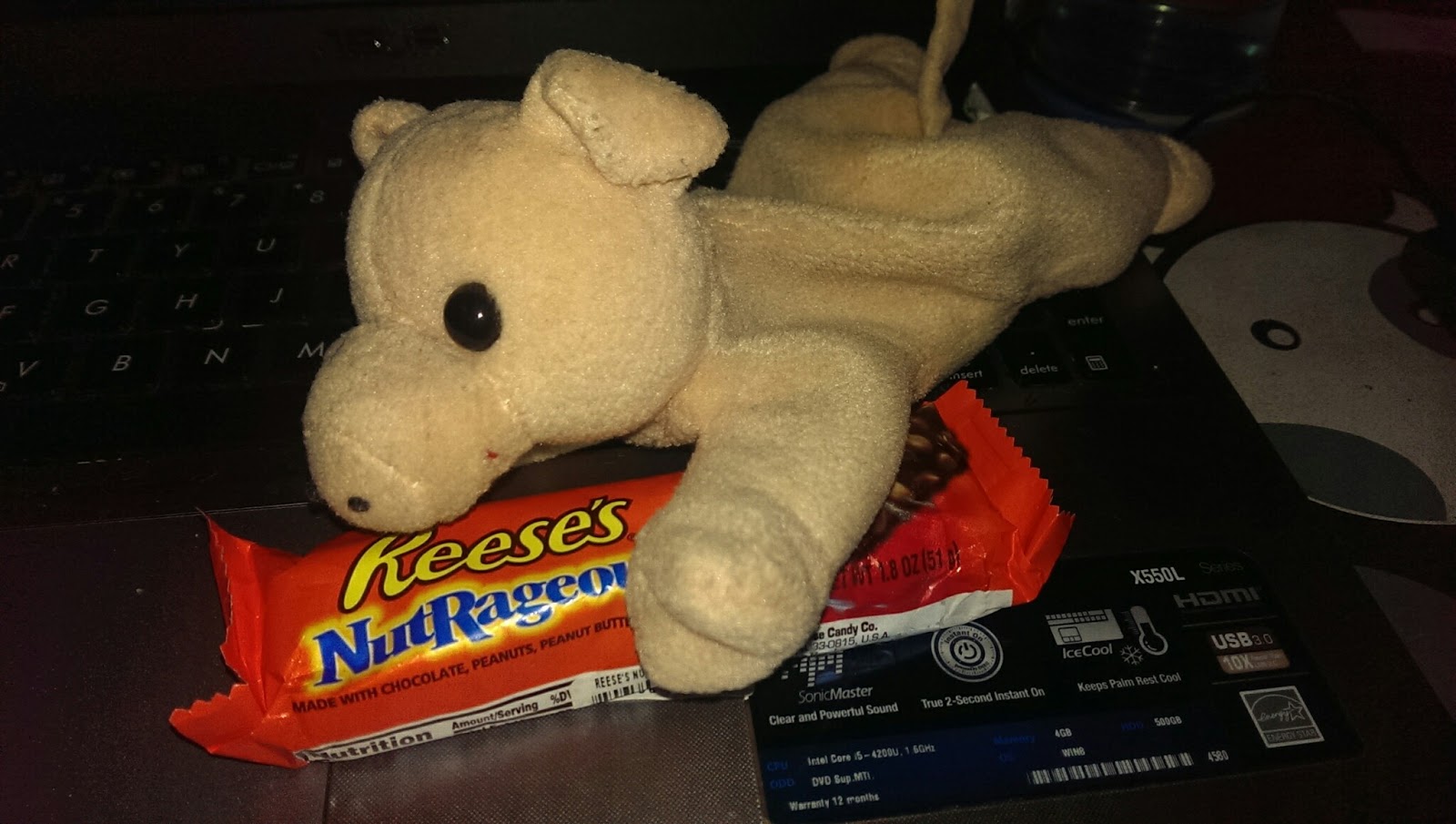 Tobie letme the last Reese's NutRageous bar since I was feeling pretty beat up from work today. We've been working really hard on an important initiative and the process is a little training. But as stressed and tired as I'm feeling now, I'm sure that I'll feel doubly better once we finally finish. And then with luck I'll be outright ecstatic should things clear with flying colors in the long run. But for now, we still have a bit of a ways to go.

Don't get me wrong - I like what I do. I have a job that feels like one of the higher tiers of writing that one can get into professionally. The only type of writing that would make me feel better would probably be on the more creative side of the fence. And at times I surprise myself with some of the ideas that I come up with as I work on my professional stuff.

I think the only other sort of job that I could get into would be something that would still involve writing, but also involve Google to some degree. And I'm not just talking about working for Google (although that would be great, too), but just a job that lets me put to use various Google Apps solutions as part of our workflows. I got a taste of that the other month when I utilized Google Forms as an easy data capture portal for a short project I was running. It felt really good.

I think what I really want to do is implement Google Apps for a company of some sort. And while I have Google Apps instances for each of my blogs because I bought my domains through Google, it's really just me in each of those organizations. What I really want to do is act as administrator for a small business sort of deal and implement Google Apps solutions across the board. Thus it means using Gmail as our email server, setting up a shared Address Book for all users in the organization, tinkering with shared Calendars and all that fun stuff. And don't get me started on the sort of solutions we could come up with using Google Drive and Google Docs - think of the amazing collaborative documents people can work on! Hangouts for conference calls as we edit a document together! So many ideas!

I think this current wave of Google daydreaming was spurred on by my excitement over Google Classroom, a new product being released for Google for Education users, an alternate version of Google Apps customized for schools. It's a wonderful product that I think the Training part of my brain is really excited about and wonders if they'll ever roll it out to commercial Google Apps users. It's a great little Google product but one that I can't quite play with unless I somehow put up a school and get it switched over to Google Apps. Crazy pipe dreams.

Google makes me happy - even if I'm just trying to imagine ways to be greater through Google.