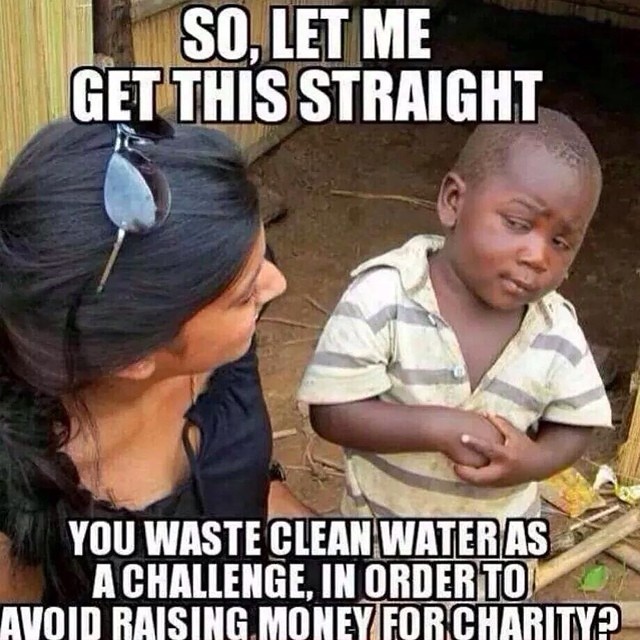 The internet meme is a strange creature that every marketer dreams of being able to master. After all, perfect understanding of what makes one piece of content "go viral" versus another would be quite a trick to have in your marketing playbook, regardless of industry. But time and time again we find that there's no real rhyme or reason why something goes viral. Often times something can go viral months or even years after it was originally posted online.

Recently there are two major memes dominating my social media sphere - the Ice Bucket Challenge and the Makeup Transformation. The two are wildly different but are still playing on the whole pattern of viral media.

The Ice Bucket Challenge is currently being attributed to helping raise at least an $15.6 million for ALS research compared to $50,000 in the same period last year. Even though its origins had nothing to do with ALS and more about people being stupid on the internet, it seems to be doing some good now. Of course there's already a Slate piece telling people to just donate money if they really want to, and other online discussions talking about the negative message sent by wasting all that potentially potable water, and even Idea Channel starting asking questions about ice bucket challenge videos not mentioning the need to donate money at all.

When we go to the roots of it, the "challenge" was supposed to be about pouring a bucket of ice water over your head OR paying $100 to charity. It's practically a frat stunt and some of the early participants didn't even make any commitments about who they'd challenge. Are we all assuming that all the celebrities that have taken the challenge thus far also donated to ALS research in one way or another? Or are they relying on all of us non-challenge folks to do that? It's really hard to determine at this point.

On the flip side, we have the Makeup Transformations meme, which originally was all about legitimately showcasing the power of makeup to transform a person's looks. But as is the way of the internet, the counterculture parody of the original meme seems to have superseded the original with guys supposedly putting on makeup and magically transforming into original images of the celebrities, cartoon characters or even objects in question. It's a pretty stupid meme and the usual sort of thing we expect to emerge from sub-Reddit threads or Tumblr posts or something, but it's also quite distinctly in one of the major "dialects" of the internet.

People have their fair share of positive and negative reactions to each meme - it's the internet after all and there's more than enough room for different opinions. But at the same time, it's kind of interesting to consider the potential sincerity of the different memes - the Makeup Transformations are intended to be inane and they deliver on that point. The Ice Bucket challenge is trying to be something noble, but then again we have all these videos of people not necessarily donating money to any charity, not even just the ALS charity alone. But one is being more celebrated than the other.

But as the way memes go, both will probably be forgotten by the end of the month. Then we'll have some new bit of internet stupidity to focus on.
inner ramblings social networking stop the presses