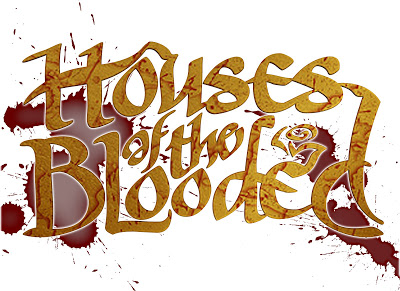 It's rather amazing how much Houses of the Blooded has become such a favored game system for us. It's a somewhat unconventional system that breaks a lot of the conventions of many other RPGs and embraces tragedy and drama above all else. It's a game that's not necessarily about winning but more about failing in the most stylish way possible - just like popular telenovelas. At first it was a little tricky to wrap our heads about what the game was trying to present, but in the end the flavor of the game has become something we relish.

Today's session was rather long and pretty intense given all that happened. And the game totally rewards players when you make things worse for yourself and I think we did a lot of that today. Between a murder investigation and a horribly controversial Senate hearing along with the reveal of our new villain, things are indeed getting worse. And we're going to spend the next few games trying to figure out how to at least survive all that is going to happen.

Why would anyone want to play a game like this? I suppose there's a certain catharsis from playing characters like this that are so different from ourselves. Plus the very theme of the game where we embrace tragedy results in some rather interesting character decisions that may not make sense in the real world but totally work in the game. And by going to these extremes, we experience new things as well.

Totally love the game and this is now one of our longest-running game chronicles thus far. And I don't foresee things coming to an end any time soon. This is our stress relief.
gaming tabletop gaming