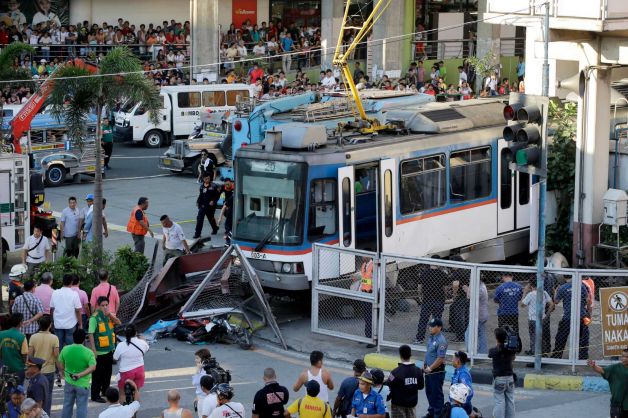 Previously I wrote that the MRT was going to get a lot worse before it got better. The need to do something about one of our major mass transit systems has always been a part of my longer rants about the traffic situation in Metro Manila. But of course change takes time - in this case it'll be at least next year before the order for new train cars to arrange, assuming no more legal shenanigans happen between then and now. And that's really just a stop-gap measure to address the fact that the system has been running over-capacity for years now, despite the fact that we're using the very same train cars since the system was launched.

Yesterday morning I was surprised at how busy the trains compared to the sort of volume I expected given my northbound commute home, which is contrary to how most folks appear to be going southbound for regular daytime work. I had tweeted my annoyance out of habit, but was even more shocked with the state of the Cubao MRT station.

Cubao is always going to be one of the busier stations of the line. It's a major transit hub and a lot of folks figure out their routes using Cubao as a central hub. I'm used to seeing the hordes gathered around the southbound side of the train station in the mornings. I'm used to the bad days when the queues are also inside the station and snaking around the public area before you swipe your ticket. I was concerned that yesterday's lines in the morning almost completely filled the platform, the area under the platform and the public area. Heck, the line to get into the station proper snaked all the way down the stairs on both sides - the person at the end of the cue was able to buy pastries from the Julie's Bakeshop outlet around the corner from the station. I actually had a hard time trying to get out of the station because the queues were blocking the exits.

I tweeted about how a potential safety hazard this represented. But in my mind, I was thinking more along the lines of a fire or a bomb threat - there would be no way to safely evacuate all those people in an orderly manner since it's simply now how the station was built. And with the handful of guards seeing to passenger safety, I doubt they could manage things to any extent.

The thought had not crossed my mind how bad things might be should the trail derail - and that's exactly what happened yesterday afternoon. I guess we should be glad that no one died - the way the train derailed let it clear the station entirely and hit the safety barrier at the end of the line. It could have been a lot worse had the train veered into the crowded station platform somehow.

At the end of work today, I took the risk and rode the MRT home. There were less than people than normal and you could still sense a bit of tension among the passengers. It even felt like the driver was taking things a little slower just to be sure. But let's face it - it's hard to imagine getting around the city in the daytime without the MRT.

Why do I still live in this city again?
inner ramblings stop the presses