August 09, 2014
Normally my Friday shifts at the office are when things really wind down. It's the end of the week after all and only so much get done before the weekend comes and everyone calls it quits. It is more likely that the only types of new work that come in on Fridays tend to be the sort of projects that have deadlines set a few weeks in the future. Thus one is supposed to have some breathing room before fully immersing yourself in the task.

But every now and then you get Fridays like the one we had last night where things just kept coming in wave after wave after wave until you realize it's past your target quitting time and you're still rushing some last requested edits and whatnot. And it's sort of funny since I had scheduled some development activities on the side to sort of supplement what I had expected to be a light day so in the end it felt like I barely had time to breath.

Oh, and things aren't even 100% done - I still have a conference call on Sunday night to look forward to. It's just one of those kinds of weeks, I guess. 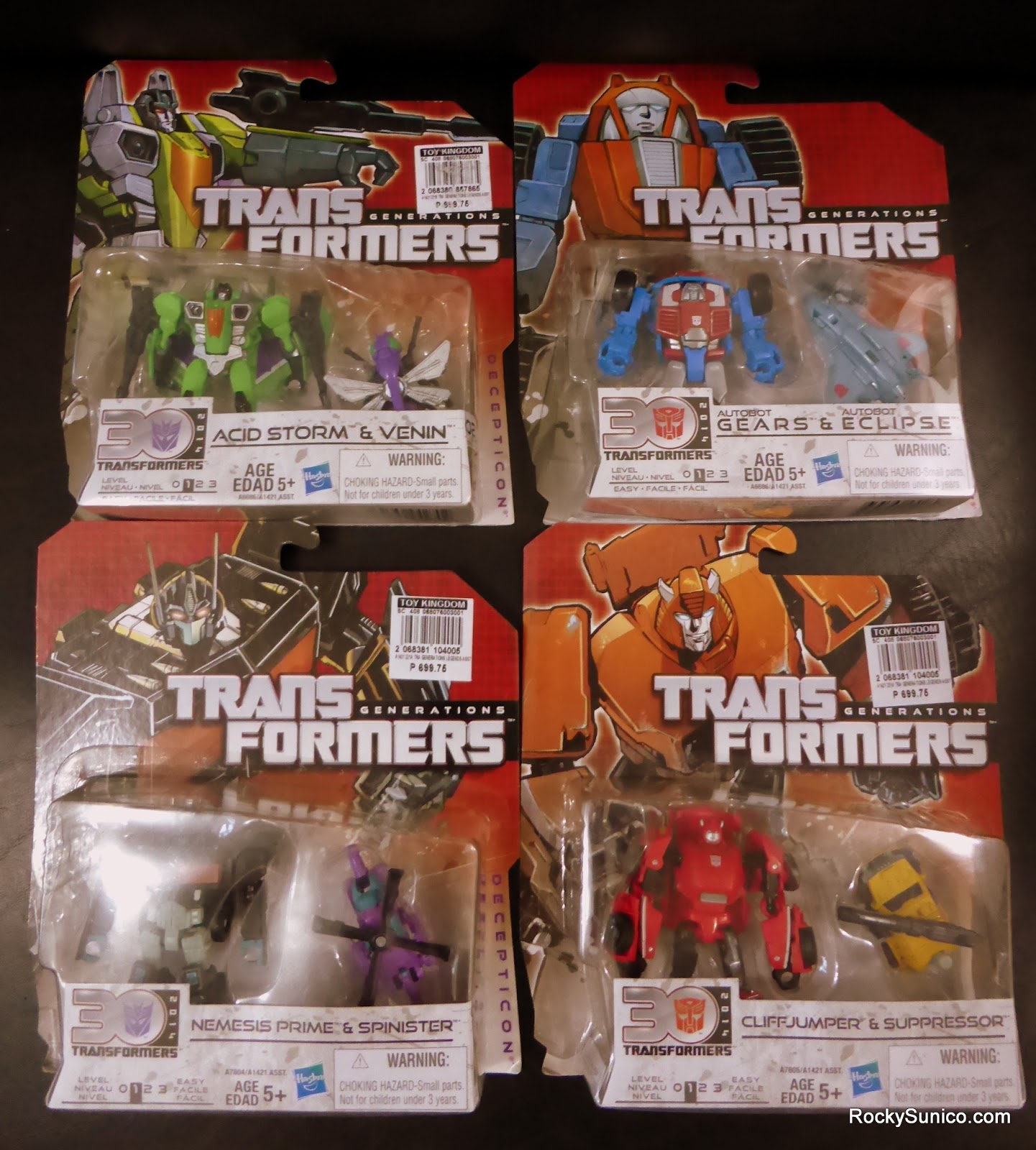 So after work I asked Tobie if he was willing to meet up at Greenhills for a quick geek run. As much as my body could have benefited from more sleep or something like that, I needed to work through all the stress that had built up this week. And thus the goal became securing the latest wave of Transformers Generations Legends-class figures, even if these two new waves consisted solely of repaints and redecos of previous waves. When you ignore all the movie-related toys on a matter of principle, it's a lot easier to indulge in the one's completist tendencies.

But getting those figures alone would not mean the end of our little trip. We still went through our complete geek rounds by visiting all the toy shops and hobby shops in search of other finds. I didn't buy any other Transformers apart from those that I had intended to this weekend, but Tobie did manage to snag two Last Night on Earth expansions - these being the Hero Pack 1 and the Survival of the Fittest expansion. When you really look at things, these two together with the Zombies: Grave Weapons pack are pretty much the content of a full box expansion divided into three parts in order to make money money. But hey, we have most of the expansions for this game as it stands and finding the Grave Weapons miniatures pack will still probably be on our purchasing list. And from the looks of it, the rules for Survival of the Fittest seem more interesting than Growing Hunger.

But now I need to catch up on sleep since we still have a Houses of the Blooded game session scheduled tonight. After after the rather heavy Vietnamese lunch we had at Zao, I think I'm going to sleep well. It's the weekend after all and I'm going to have to do the best that I can not to think too much about work for the next 48 hours. Well, subtract at least 1 hour from that total given my weekend conference call. Boo.
gaming tabletop gaming Tobie toys Transformers work