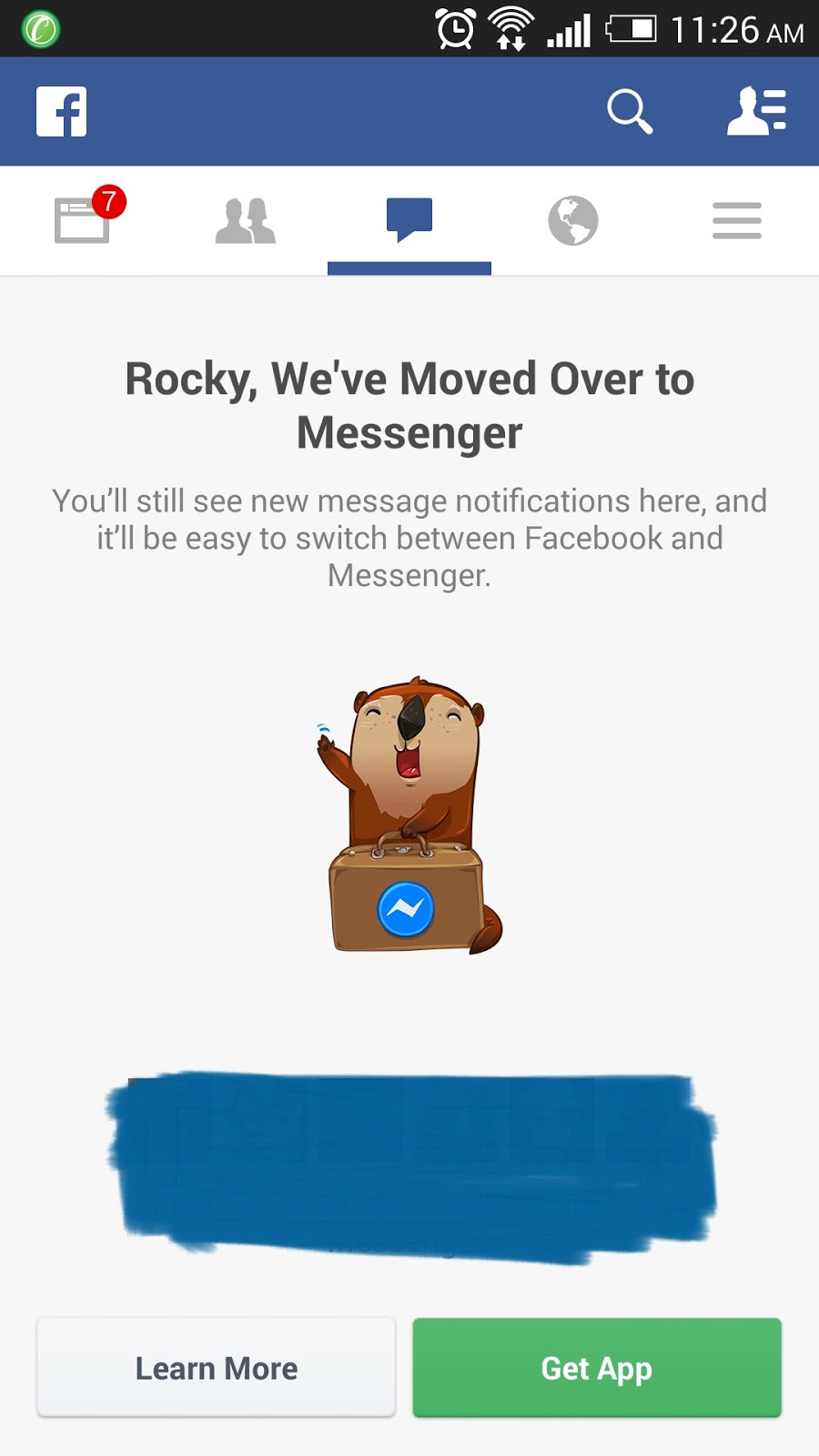 In the professional world, Facebook is perceived to be a bit of a necessity. Whether you're building your personal brand or marketing your new business enterprise, it's hard to get away from Facebook. It's the social network that currently reaches the lowest common denominator, and thus potentially has the greatest potential reach. And of course Facebook is taking full advantage of this place in the marketplace given how they manipulate their News Feed based on their priorities, they use social data to better target advertising more than any other online company, and of course they also get to muck around with their users pretty much as a matter of policy.

This week Facebook is finally disabling the messaging feature within the Facebook mobile app, thus forcing users to download their separate Messenger App to get the full Facebook experience. It's an annoying decision more than anything - I'll admit that I'm not exactly a heavy user of Messages. But it's downright evil that you will continue to receive notifications about these new messages even if you haven't installed the separate Messenger app. That's just being a dick to your users. So I've disabled all push notifications on my phone since I was only really interested in the Message notifications - despite my best efforts to turn them off, notifications for groups and other updates just wouldn't stop. Annoyances upon annoyances. Heck, I migrated away from WhatsApp over to Viber just so that I wouldn't be relying on a Facebook-owned product for my personal messaging.

More than once over the past year, I've found myself tempted to just quite Facebook entirely. But as someone working in the Marketing field, I know I can't exactly do that. But with Tobie finally having joined Twitter (there goes the neighborhood), at least we still have a decently entertaining social network to continue to interact on. And that has us both thinking about the prospects of bringing our Facebook activity down to a minimum and instead focus on Twitter and Google+ for all our other interactions.

But Rocky, doesn't Google make you use a gazillion apps, too?

That may be true, but I'm pretty invested in the intrinsic value of each application. As much as you can say that Facebook Messenger and Google Hangouts are both messaging apps, the integration of Hangouts into both Gmail and Google+ speak of the greater function it really serves. Messenger is a niche product for a limited messaging service that I do not primarily use. My use case may not be the same as everyone else's, but that's where I stand.

And between the two companies, I trust Google a heck of a lot more than Facebook. I still think they manage to hold true to their motto of "Don't be evil." Facebook doesn't even try.
inner ramblings social networking Tobie