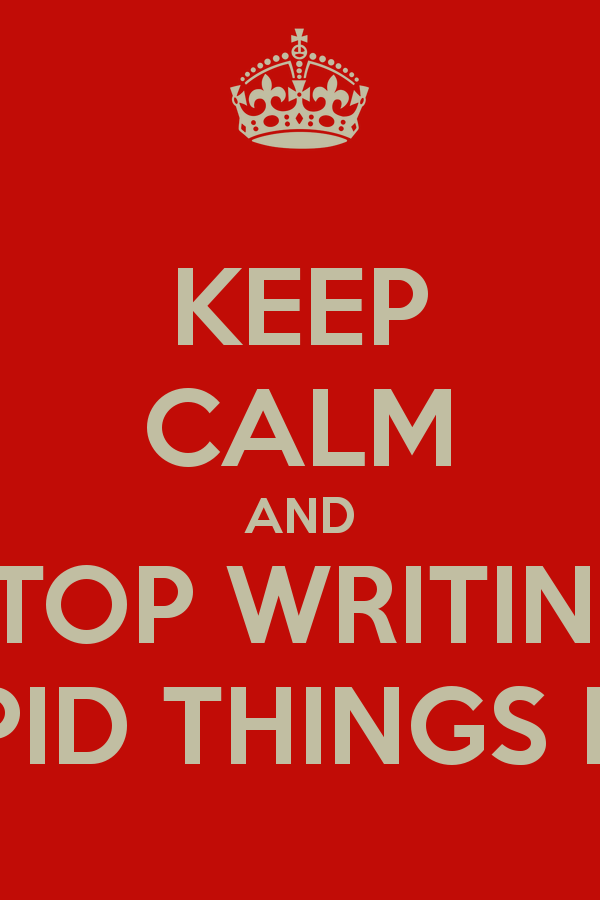 I choose not to go into detail regarding my work both here on this blog and across social media. Beyond it being unprofessional to do so, it's just tacky. But I'm human and there are days when one just needs to vent. But since I still want to be respectful of the nature of my job, we'll have to discuss this vaguely. It's the right thing to do, in a manner of speaking.

The bulk of my job is still writing - I'll leave it to you if you want to call it technical writing or business writing or whatever. As much folks expect my marketing role to have more visually creative aspects, the bulk of my creative energies end up being spent on my work-related writing. And believe me, it's a lot of writing.

At times it's easy stuff - things that I can write about in my sleep since I know things so well after working at the same company for more than  10 years. One of the biggest advantages I have in terms of my writing is the fact that I know most of the ins and outs of the company - it gives me a lot of material to work with. And I like having that confidence to back me up.

But every now and then you encounter a project that's just...stupid. Yes, it's important to the business. Yes, you have no choice but to do it. But damn, what the heck were these people thinking when they put this thing together? What are these inane questions? What do they expect our company to say in response to these...things? It just baffles me.

And the only thing worse than having to deal with something stupid like this at work is to deal with a very long piece of stupid that requires several days of work as you try to retain your sanity as you go deeper and deeper into the stupid that is this project. And you keep pressing on watching your page count at the bottom of your screen in the hopes that the two numbers match sooner rather than later. But since this is a writing task, it also means that the number on the right also increases as the number on the left does as you push forward in this sea of stupidity.

I swear, I've actually needed to listen to RuPaul while I write in order to not lose my temper or fall prey to the stupid of the horrible, ever-growing thing that I'm working on. Thankfully, the miracle of drag is keeping me alive.