01862: Nitpicking the Guardians a Little 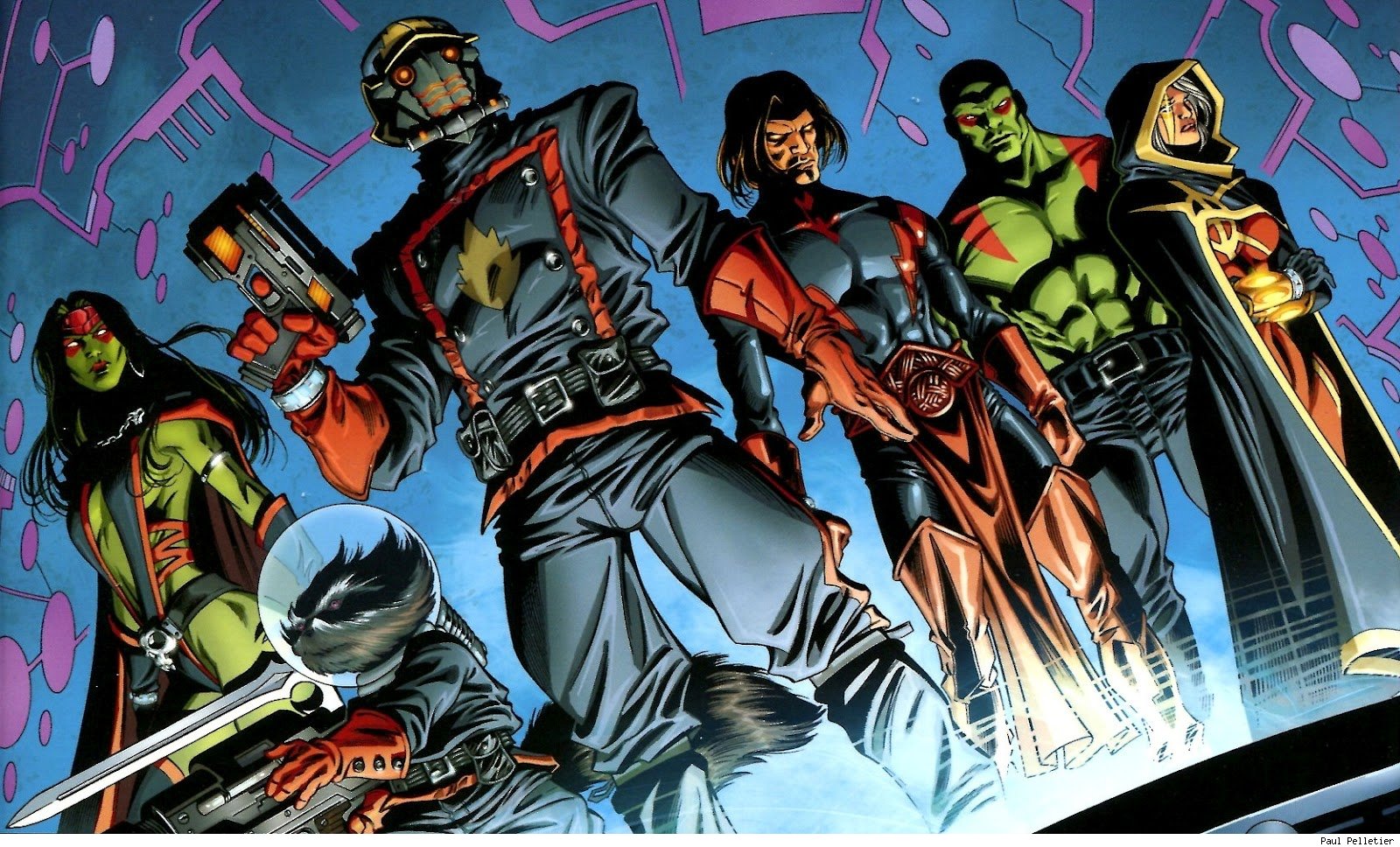 First up, I totally, totally loved the Guardians of the Galaxy movie. It's the kind of movie that I'm actually prepared to watch in theaters again and I strongly recommend that you all see it if you have not already done so. It is arguably the best superhero movie in recent years, and I say this despite the rather large geek camp that supports The Avengers.

But like any other comic book movie, there are a number of deviations from the original comic seen in the movie. And after drafting a glowing, spoiler-free review for the Geeky Guide that will publish on Monday, I figured it might be fun to indulge a bit and dive back into all the stuff that they got "wrong" - or at least things that they changed for the movie. Most folks never read the comics related to the Guardians, so it'll be a lot of stuff that will slip by most folks easily.

So this is my spoiler-filled discussion of some of the differences between the comics and the movie. This doesn't make the movie bad at all. If anything, James Gunn clearly did the best that he could despite complex licensing issues related to various intellectual properties utilized in the movie and still told a great story. So here we go. 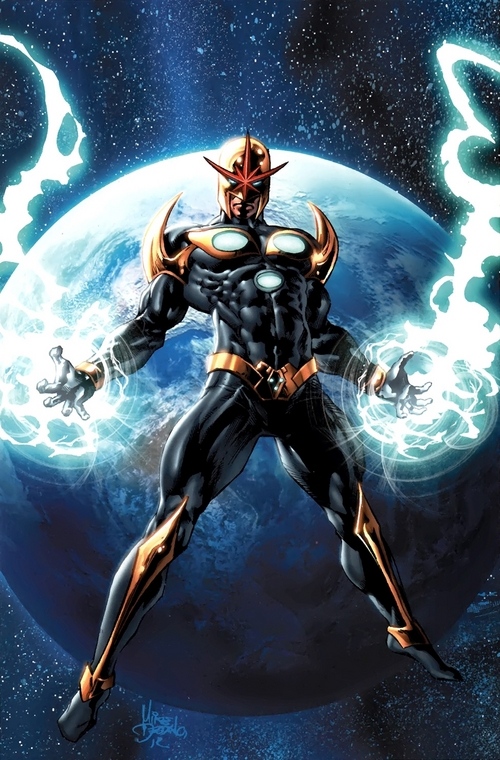 The Nova Corps - Yes, the Nova Corps' home planet was Xandar - but since when did it become the Nova Empire? It makes it sound like they control a number of planets or something. And while the little ships shaped like the Nova starburst was cute and all, that's not how Nova Centurious are supposed to be. And while they weren't quite Green Lanterns, the Nova Force did provide for rather fine control over gravitometric forces and even the ability to create wormholes on demand. And having the Xandarian Worldmind in the movie somehow would have been so awesome. "Attention! It is critical you pay attention at this time."

The Ravagers - I assume that the Ravagers were potentially a stand-in for the Starjammers, the space pirates better associated with the X-Men affiliated comic books. No such group as the Ravagers exists in the Marvel Universe. And Yondu was actually the name of one of the original Guardians of the Galaxy from the 60's. To be fair, he did play a mentor role for Peter Quill in the movie, which was sort of a cute nod to his character being an older Guardian, in a manner of speaking. But the arrow thing was totally legit. 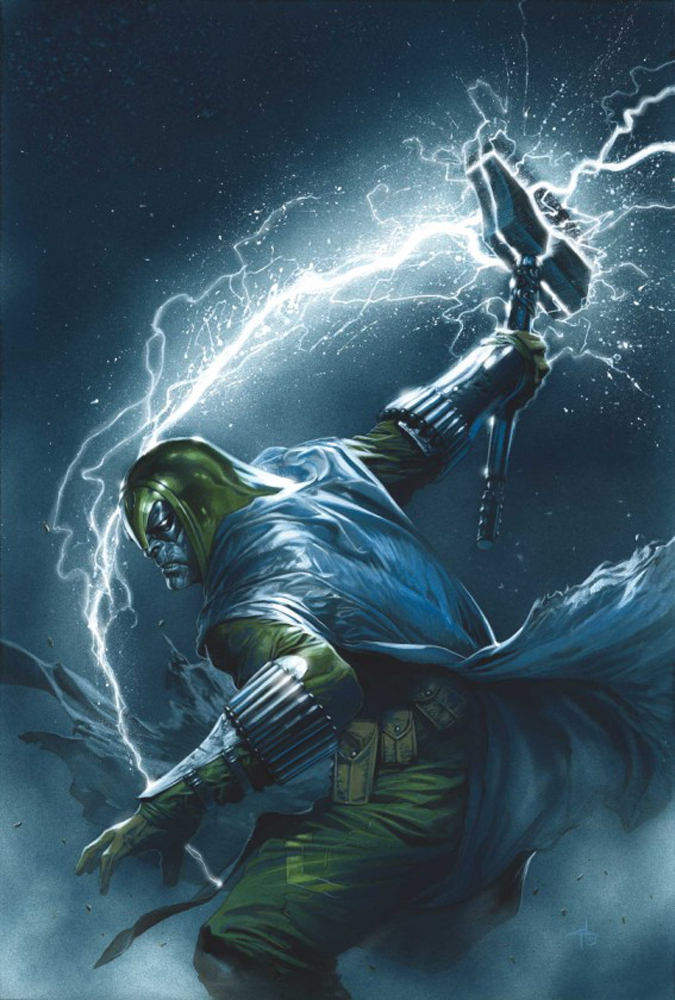 Ronan - I feel rather bad that Ronan the Accuser was reduced to some single-minded evil powerhouse character. Yes, he was all of those to some extent in the comics, but by the time the Annihilation stories came along, he was more of an anti-hero, a man ridiculously zealous about defending the Kree Empire. And I don't think the original Ronan would have as much issue with a peace treaty with the Nova Corps to drive him to to commit genocide. If anything, he was extremely faithful to his notion of what the Kree should be above all else. This single-mindedness did drive him to make some rather questionable decisions and plots at times, but in the end he was just a guy who really loved his people. And I really would have liked to have seen the Supreme Intelligence in the movie. We all need a giant Cthulu head in a giant jar telling people what to do.

Nebula - I'll admit, movie Nebula is way cooler than comic book Nebula with her cybernetic implants and her stone cold attitude. She was originally some sort of space pirate (such a common theme in comics) who claimed control of Sanctuary, which was Thanos' ship and not some asteroid since Thanos was "dead" at the time. She managed to coerce the mercenaries left on the shift by stating that she was the granddaughter of Thanos. By the time Thanos came back around to reclaim his stuff, he found Nebula as captain and promptly blasted her into crispy bits. She survived though.

Knowhere - And while the movie Knowhere and the comic book Knowhere remain consistent as being a community inside the head of a Celestial, their functions were very different. The movie had Knowhere as some fringe mining colony at the far end of the galaxy. In the comics Knowhere was on a slow, inevitable collision course with the edge of the of all spacetime known as The Rip. It played host to a variety of beings, but most of them where there to see the edge of all reality, and thus many were scientists studying the Rip. The Collector was never based there and Cosmo the Spacedog was its telepathic chief of security. I love Cosmo and I really hope the future movies let him do more than just lick people's faces.

Infinity Gems - Soul Gems, Infinity Gems or in the movie Infinity Stones - whatever you want to call them, these are artifacts of tremendous power. The movie has added the caveat that only significantly powerful beings are able to wield these stones without being destroy by them. In the comics they were still powerful, but weren't so limited in terms of their use. Coincidentally, both Gamora and Drax the Destroyer had previously wielded the Infinity Gems back in the comics. Gamora had the Time gem while Drax had the Power gem. And if Pip the Troll can have an Infinity Gem, then pretty much anyone can have an Infinity Gem in my book.


I think those were the biggest things that sort of irked me a bit. We could go into crazy details like how exactly Drax should behave and such, but it's canonical that Drax has been reborn so many times and he comes out a little different with every iteration. And this Drax was a nice combination of his wicked blade fighting and the stupidity of some of the older Drax incarnations. Or I could question team composition and why we didn't get the likes of Adam Warlock (most emo hero in the galaxy!) or Mantis (the Celestial Madonna herself!), but that's just being silly.

It's still a great movie and probably my favorite release thus far for 2014. Go watch it! Now!