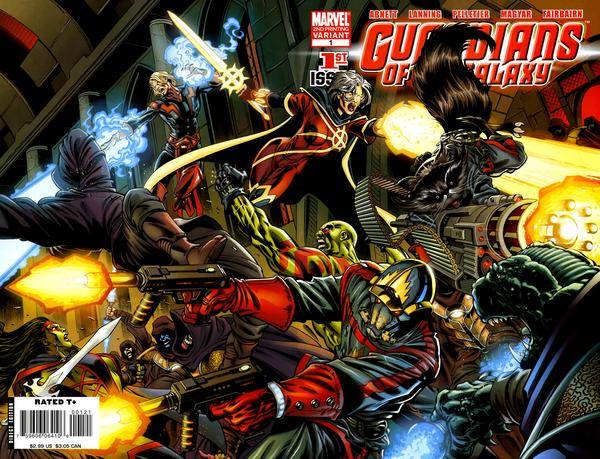 In 2005, DC ran it's Infinite Crisis storyline including several tie-in mini-series connected to the main event. In a similar fashion, Marvel ran its Annhilation storyline the next year with its own share of tie-in stories. And as much as I respected what DC had achieved with that particular Crisis, there was something about Annihilation that really captured my attention. I suppose it's because that at its core, it was really a science fiction story that really explored that side of the Marvel Universe more. And it's certainly a side to things that deserves more press time.

Annihilation eventually spawned a sequel, Annihilation Conquest, which kinda shares a lot of plot concepts with the upcoming Avengers: Age of Ultron film, at least from an aesthetic perspective. But more importantly, the ashes of Conquest led to the creation of the 2008 version of the oddball team known as the Guardians of the Galaxy, which now has its own movie coming out this week. And given how I've read all of the Annihilation comics and related crossover events along with the actual Guardians of the Galaxy comic book series, I'm pretty stoked about seeing this movie.

The team of Dan Abnett and Andy Lanning did an awesome job or exploring this part of the Marvel Universe. As much as we all love our Earth-bound heroes, there's a whole different galaxy of stories out there featuring the various alien races of the cosmos and the even greater super powers out there. Earth-stories are mostly about superhumans more than anything else. The Guardians had to deal with cosmic-level big bad guys. They have to wrestle with interstellar politics. And they have to find a way to just get along with other given their highly different personalities and formidable power sets. 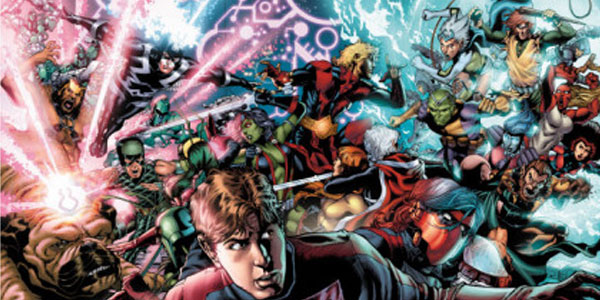 The Guardians aren't your typical team, as the movie trailers have repeatedly tried to establish. Their roster has included assassins, cosmic enforcers, talking trees and all that good stuff. And their roster also featured a rather intense lesbian relationship, a talking telepathic dog (I love you Cosmo!) and many more characters. They've dealt with the Skrulls, the Kree, the Shi'Ar, the Inhumans, the Annihilation Wave, Galactus, and other cosmic forces. And you can't really paint them as villains or anything as simple as that. The conflicts that they somehow get in the middle of are never perfectly black and white sort of deals. And as they dance in the realm of gray morality, that's where the adventure really is.

So admittedly this is one of the first superhero movies in a long while that I'm really, really excited about. I guess it's because I got so close to the comic during its primary 2008 run and  felt pretty bad that things ended as they did. Admittedly I've been a little reluctant to get into the new series that launched the other year, but I doubt I can stay away for that long, I suppose, especially with the on-going movie mania.

I think the only thing that I feel bad about in terms of this movie is the lack of Mantis in the roster. As unusual an addition she was to the crew, there's something about having the prescient Celestial Madonna in the ranks to really stir things up.

But at least we still have Rocket and Groot, and really that's all that matters.

But I still want Cosmo.