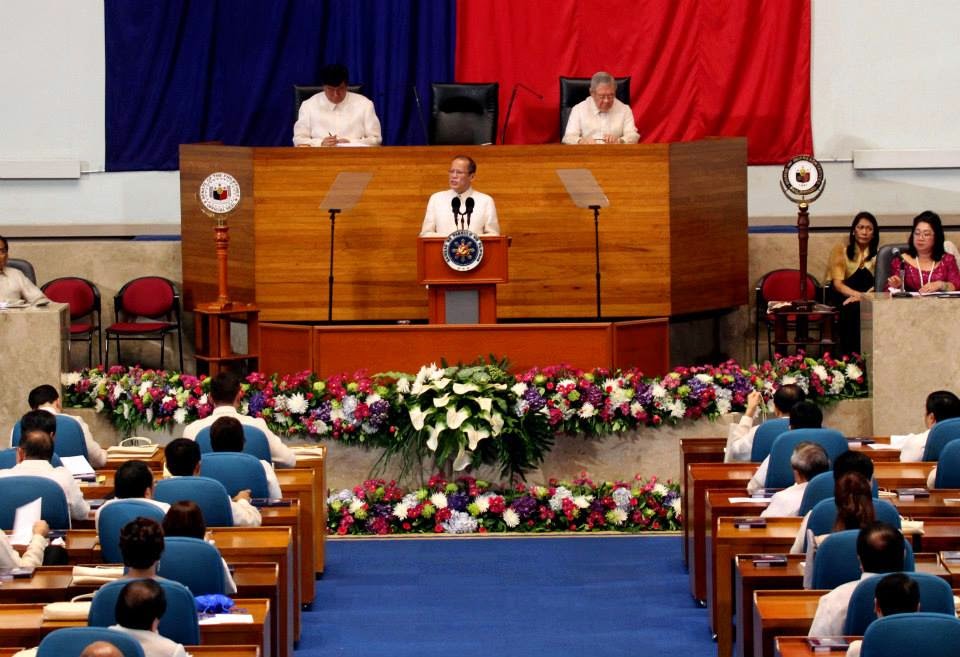 Yesterday the President delivered his annual State of the Nation Address - the fifth thus far in his term as President of the Philippines. Given our Constitution was written in fear of Martial Law happening again, our Presidents are limited to a single 6-year term in order to prevent any leader from solidifying his power base to that extent. Sadly, the Constitution remains blind to just how long a person can hold political office by jumping from position to position or having his or her extended family also go into politics as potential proxies. But that's a completely different issue.

Looking at my social media feeds over the past 24 hours. a lot of the posts have been more about some of the quirkier aspects of the political event. There's folks making fun of what Sen. Nancy Binay wore and others chiding Kris Aquino for once again making a spectacle of herself. There's the discussions related to how the SONA has become this big red carpet even while protesters demand to be heard well outside the grounds of Congress as they're being held back by water cannons sprayed water tinted with red dye. As much as we expect the media to cover the SONA, since when did this coverage need to reach this level of minutiae and sensationalism? Heck, last year we even had a photo booth setup for the members of Congress showing up in their red carpet finery.

But then it's not like our SONA is anything like the US State of the Union or similar speeches. The SONA, especially during PNoy's term, has been an odd bully pulpit where he has traditionally fought back at his critics and once again blame his predecessor for the lack of progress. And while he did tone down his efforts to insult those who have been vocally against him, he really amped up the drama this time around. Gone are the paper boats and attendance by representatives of the country's plight as was seen in GMA's term. Now we had full TVC clips as testimonials of the progress the country has experienced. Since we already have Congress dressed up like Hollywood celebrities, I suppose it's only fair that they had a show to watch, complete with far-fetched writing and hammy acting.

Year after year, the SONA has primarily consisted of the President laundry-listing various projects that were completed and them wave his hands in the air to show "Tadah! Magical progress is magic!" And I use such a crude analogy only because the poor remain poor despite how much our GDP grows. The term "inclusive growth" has become quite the buzzword in recent years, but no one really knows how to quantify it, what more actually achieve it. And 5 years into his term, PNoy is still picking on the previous administration and uses it as a benchmark for his own progress. Talk about living in the past.

But he never, ever talks about the key issues of the day during these speeches. At the height of the RH Bill campaign, he chose to remain silent during the SONA that year on this particular subject. This year he avoided mention of the Freedom of Information Bill, which would have been a logical answer to the corruption scandals that have dominated the press over the past year. He didn't address in detail how to deal with the looming power crisis or the unexplained rise of goods in the country. I guess you can say in PNoy's favor that he has been quite consistent over the years. He behaves like quite the fair weather President who only wants to talk about the warm and fuzzy good news and never about the difficult challenges that actually require him to invest his political capital to push for the truly important things.

Well I'm tired of this particular entertainment franchise. I wonder what the next President will bring to the table. After all, our politicians exist to entertain us.
inner ramblings stop the presses