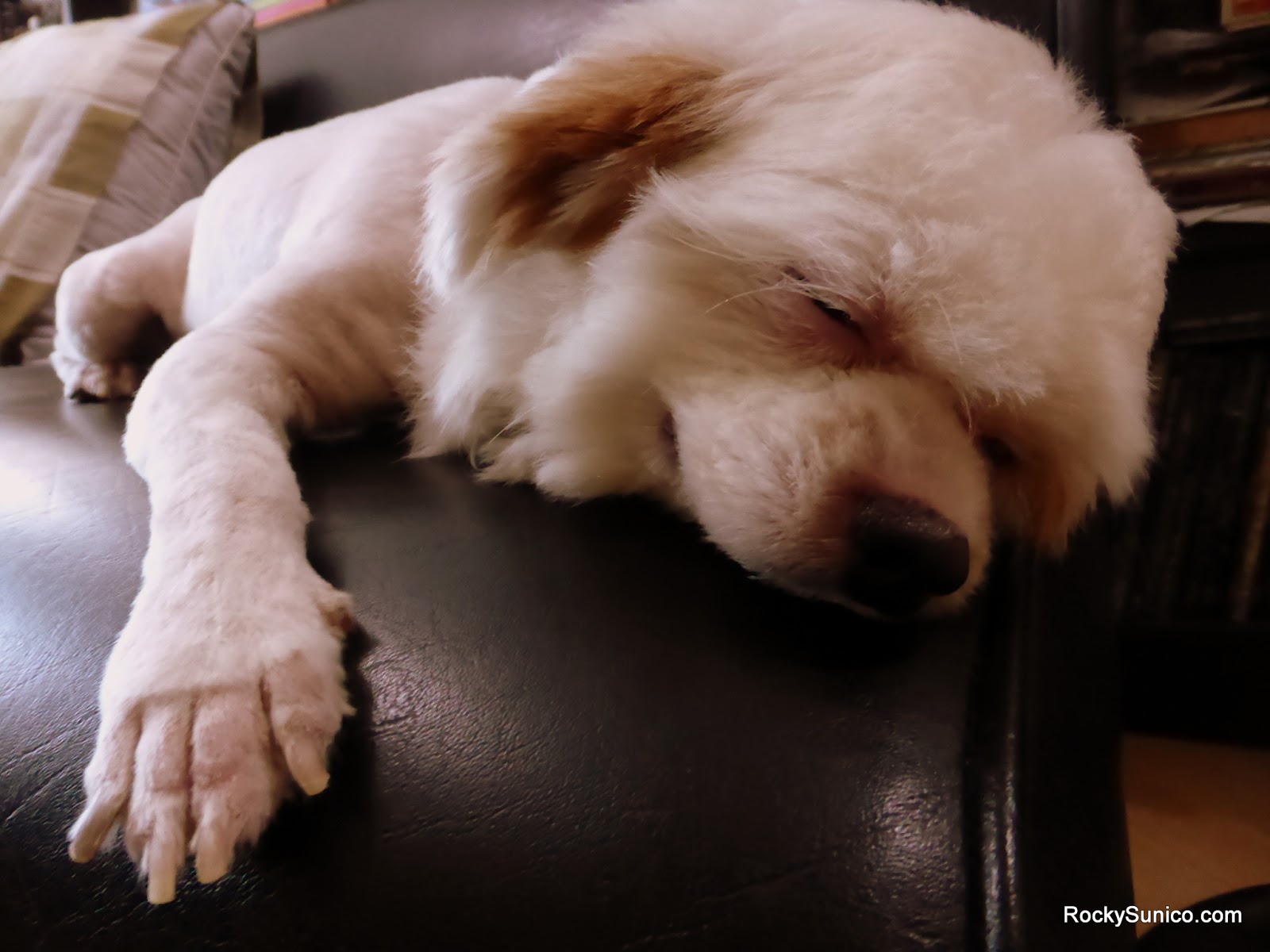 Yoshi's all tuckered out from a morning at the groomers. Since we're still treating his on-again, off-again fungal infection causes by moisture getting trapped in his undercoat, we opted to have them shave off most of his fur again to give him some relief. But instead of a full buzz job, we left him a bit more stylish with a lion cut, that generously leaves fur around his head. Admittedly I wasn't sure how things were going to turn out, but we were both quite pleasantly surprised by the result. 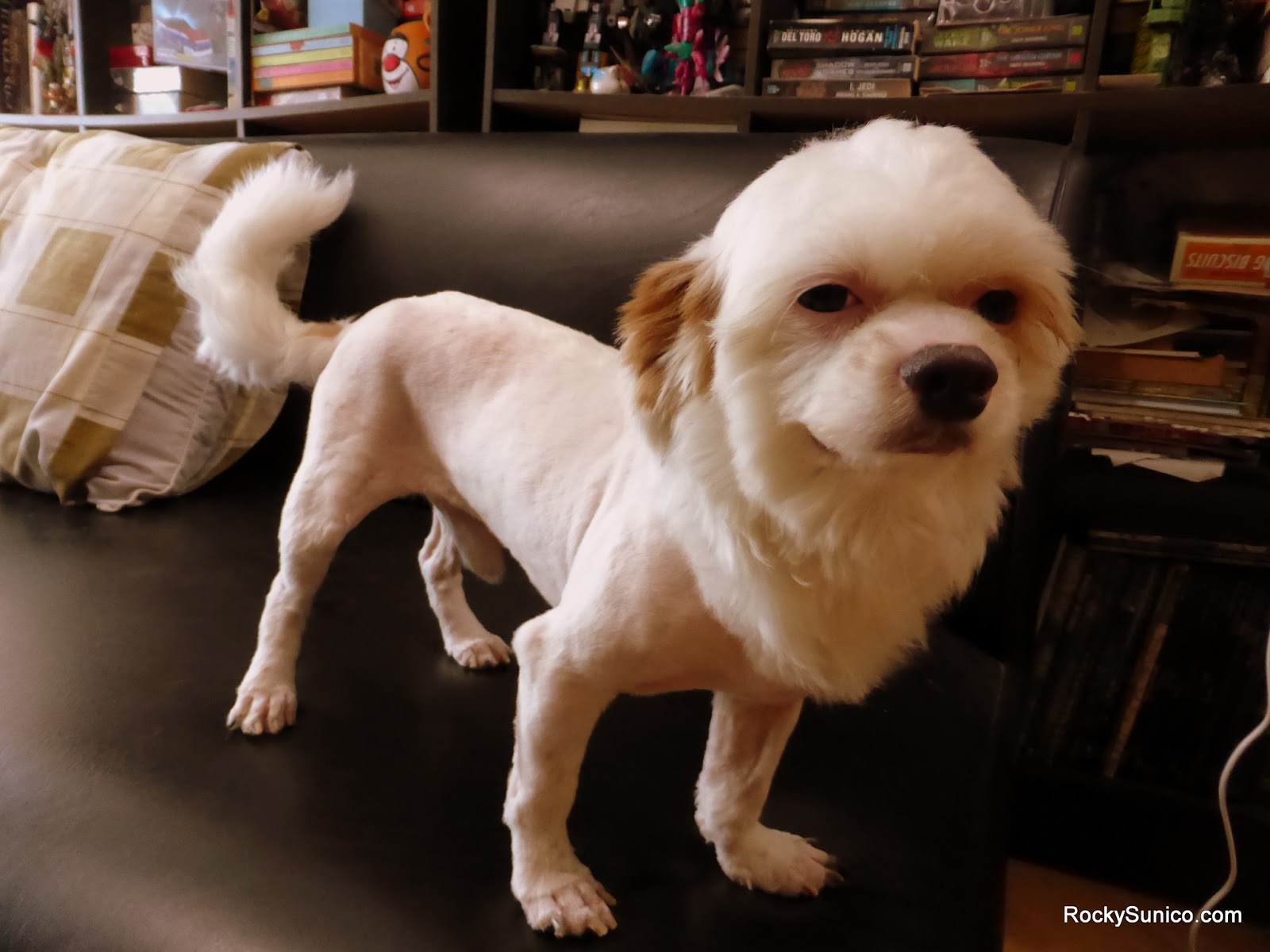 Seriously, this haircut makes his head seem HUGE due to sheer contrast. Then again, Yoshi has always had a rather long neck, and that became the basis for the rather rich mane of fur that was left behind. In some ways he looks a little weird, but really I have to admit I find the whole deal rater adorable. And while I'll miss his super white fluffiness, for now this is essential to helping him recover faster.

And because the cleaned up the fur around his nose (that really only seems to serve the function of sopping up his tear duct fluids that leak out as is the way with dogs), he has a somewhat different profile that seems a little "meaner" than his usual deceptive cuteness. He's still cute, but perhaps with a hint of snarkiness. 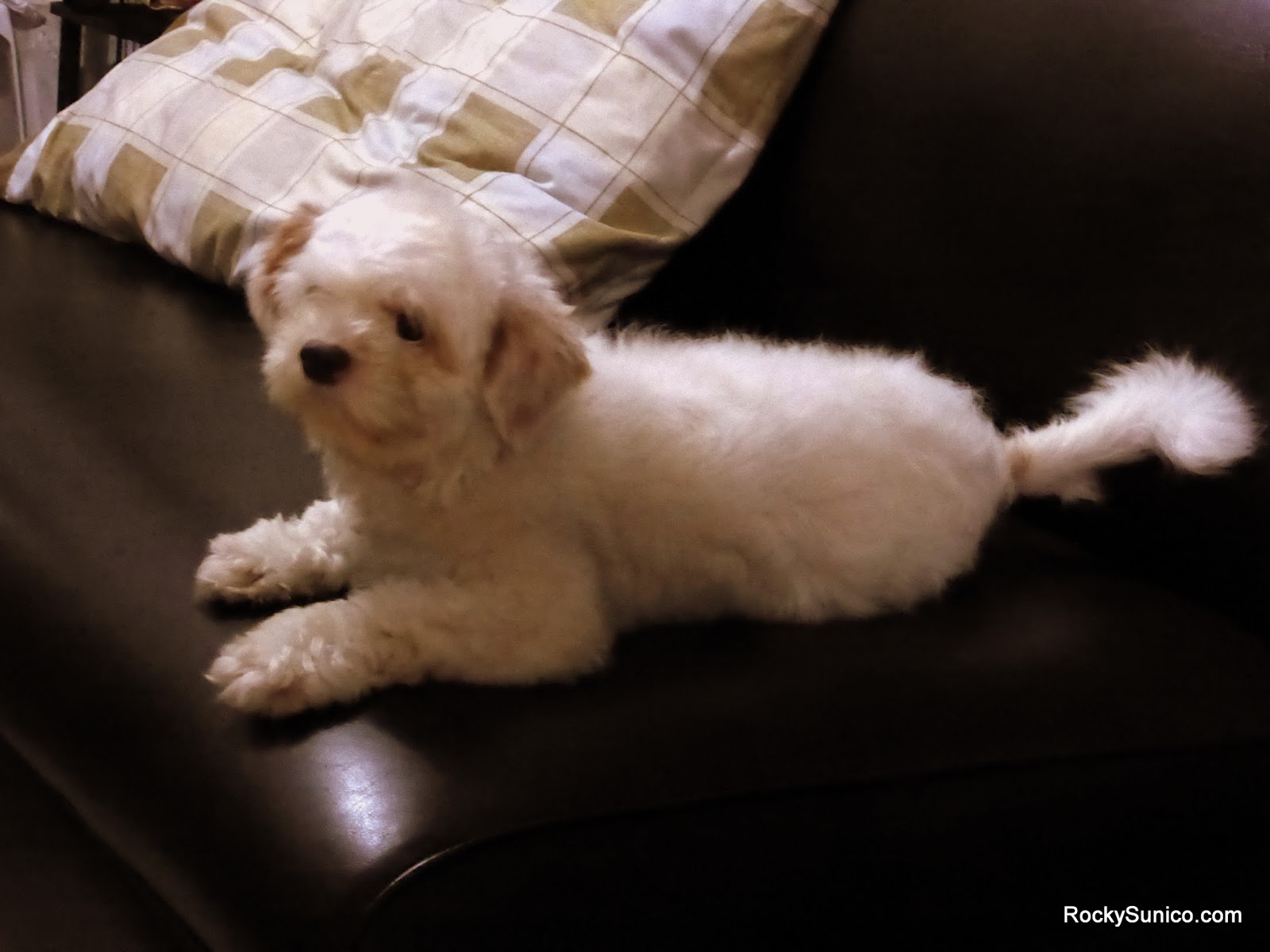 But I know our little dog is quite the trooper - he'll still work his magical charm regardless of his current fur situation. And once things are all clear, we'll eventually return to his fluffier, more dirt-prone self.

But I also think this lion cut hairstyle will also become a regular part of his signature looks.
aminals sietch life Yoshi