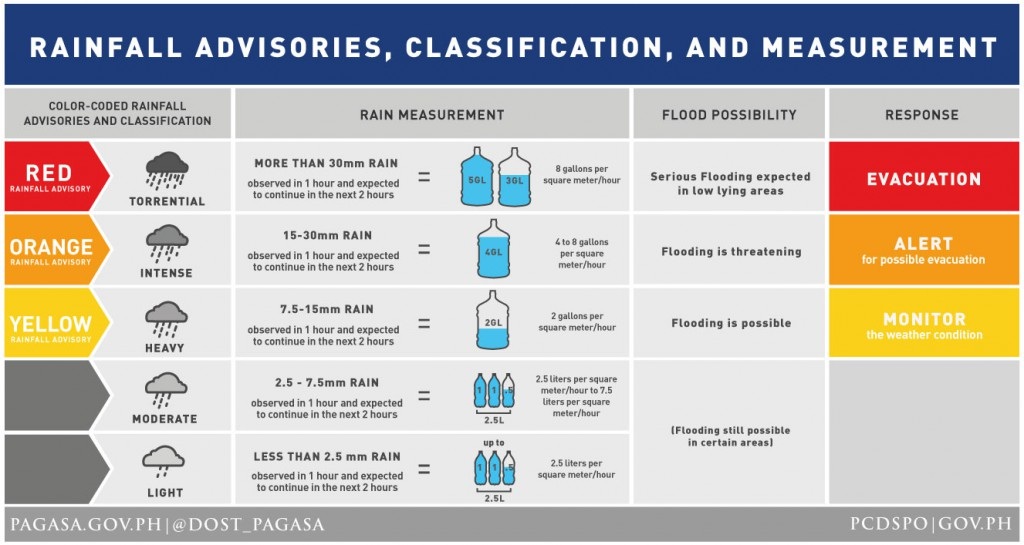 As soon as you're old enough to understand patterns and how the calendar works, you're bound to realize that the rains are more than just a random meteorological event but represent a full season in the year. The monsoon rains and the regular typhoons are all hallmarks of living in a tropical country. There's no getting around it - you just need to learn to live with it.

Regardless of your beliefs regarding climate change being real or not, one cannot help but notice that the monsoon season has been getting worse and worse with every passing year. The number of typhoons passing through the country seem to be increasing and the intensity of these weather disturbances have also been growing. We've seen more rainfall released in very short periods of time and many major cities in the Philippines have been struggling to cope with the increased strain on our infrastructure.

Some of the worst storms and typhoons in recent years haven't been particularly intense in terms of wind but simply pour enough water to overwhelm drainage systems in short order. Yesterday's struggle with Typhoon Glenda was probably one of the first in recent years that was a lot more wind and now so much rain. Not that strictly windy typhoons (which is actually the primary criteria for determining typhoon strength) are't bad news. As we've seen in all the areas caught in the path of this last typhoon, those 150kph winds were still more than enough to fell trees, snap electric poles like twigs and even chip away at buildings and houses.

But to be fair, responses to the worsening weather situation such as Project NOAH and the rainfall classification system above have been some of the more interesting measures to deal with our changing climate. And while we're certainly far from where we need to be, at least we're making progress in the right direction. At least 20 casualties were reported in the wake of Typhoon Glenda, which is a significant improvement versus previous storms. We've seen better evacuation plans for families living in higher risk areas, more organized response efforts to trouble reports and calls for help and generally more effective use of social media and other communication channels.

One cannot even compare the monsoon season to fighting a way since at least wars end. The nature of our tropical climate means that the rains will keep on coming back every year and it's nice to note that in some ways we're trying to get our act together based on the mistakes of the past. And I'd like to think that we'll manage to develop some interesting technologies and strategies for dealing with the weather if we keep enough attention, focus and funding devoted to such efforts.
inner ramblings stop the presses