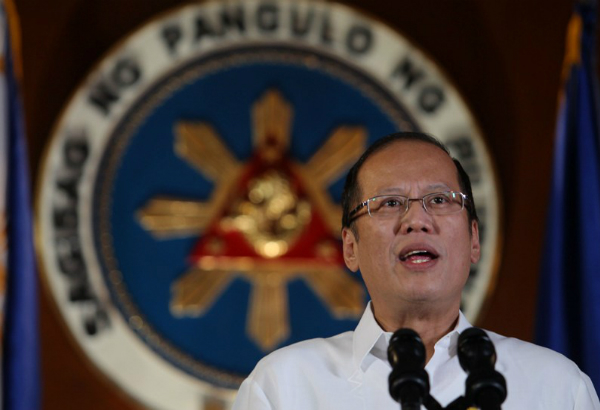 Yesterday the President took the television pulpit to make his case regarding the controversial Disbursement Acceleration Program (DAP) after the Supreme Court had ruled certain key aspects of the program to be unconstitutional earlier this month. After declining the resignation of his Budget Secretary last week, which is a usual part of the PNoy song and dance, he decided to formally address the concerns raised about DAP including the talk of impeachment efforts against him (not that they have a chance of prospering). I didn't bother to watch the speech - I've long given up watching any instances when any of our Presidents address the public on TV. I find it a lot more efficient to simply read the transcripts after the fact. Saves me a lot of time as well and inevitable anguish from watching political theatrics.

Going over the different articles about his speech, his basic message is clear enough. DAP is not PDAF because it was meant for good. Even though the fiscal year hadn't ended, the President feels he was in the right declaring "savings" for projects on a quarterly basis and reallocating the funds as he saw fit in order to somehow aid the economy. And after his speech, his office released a list of all DAP projects in order to help prove that things were done with the best of intentions.

This all sounds rather familiar to me. Hyperbole aside, the early days of the Martial Law era under then President Ferdinand Marcos. A lot of the decisions made around that time were also done for the greater good - somehow in "good faith", to borrow the now-popular phrase. And in those early days, there were a lot of supposedly "good" things that the government managed to do. Things seemed all peaceful and the demonstrations in the streets pretty much stopped. Later on Imelda got to continue on with her various cultural projects. All pretty stuff on the surface.

Both PNoy and Marcos claimed to be doing good even though they were using means that were less than legal. But the means don't matter right? To quote the ever benevolent and altruistic Machiavelli, the ends do justify the means. At least this is what the President would have us believe - that since he had good intentions, then he was perfectly justified in doing what he did because he meant well.

And now he's going to use the economy as some vague excuse since we can totally project why the economy moves up and down so accurately, right? Just like how his cabinet totally knew what was driving the costs of basic goods like garlic up in recent weeks. But none of that really happened. The movements of the economy are a mystery (and we probably have more to thank GMA than PNoy for our current success) and we never truly figured out why the price of garlic got close to P400 a kilo. And I doubt we can pinpoint how these little DAP projects were able to positively impact then economy in any significant way.

The ends do not justify the means. And if the President claims to be taking the straight and narrow path as part of his anti-corruption platform, defending DAP is not the way to go. A man who had truly done all this in good faith could have just bit the bullet and apologized for over-reaching and committed to do better.

But of course, that didn't happen either.