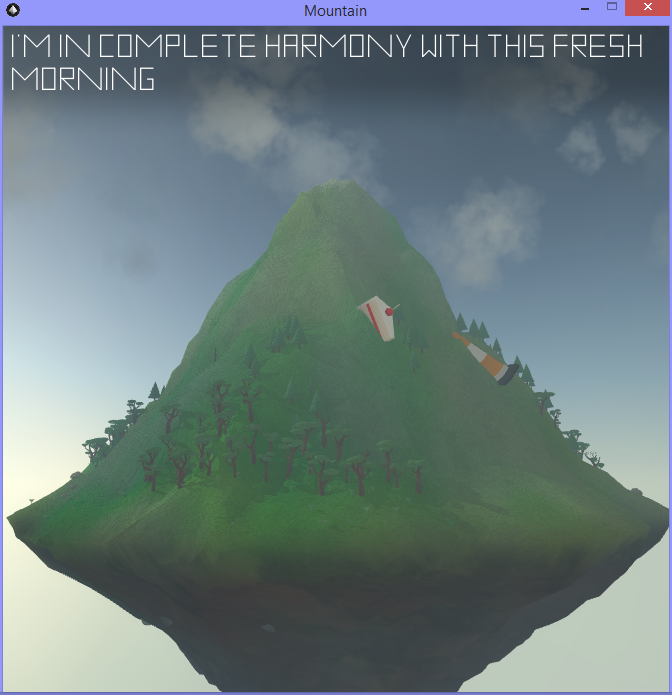 First up, managed to join Tobie for breakfast today after my shift. He tends to go to work pretty early on Fridays since it's his day for number coding and he hates trying to find a cab in Makati on a Friday night after work. And since I had also ended my day pretty early as well, we agreed that meeting up at the Pancake House near his office was a better use of his time than trying to sleep in his car in the rather warm parking lot.

It seems the only time that we eat at Pancake House anymore is precisely because of such breakfast meet-ups at the start of his day and at the end of mine. It also means a heck of a lot of walking for me (since I stubbornly try not to cab so short a distance) and even more walking to get back to the MRT station t get home. But it's totally worth it.

In this weeks's Double Fine Adventure backer update (and yes, we're still getting updates more than two years after the project completed), Tim Schafer mentioned the latest game presented by Double Fine - Mountain. And I tend to put a lot of stock into what games that Double Fine decides to support in terms of publishing, mentoring or even just marketing, so I was curious enough to check it out. And at $0.99 to download a DRM-free copy of the game, it wasn't too hard a decision to make, even though I initially had little to no idea what I was getting into. 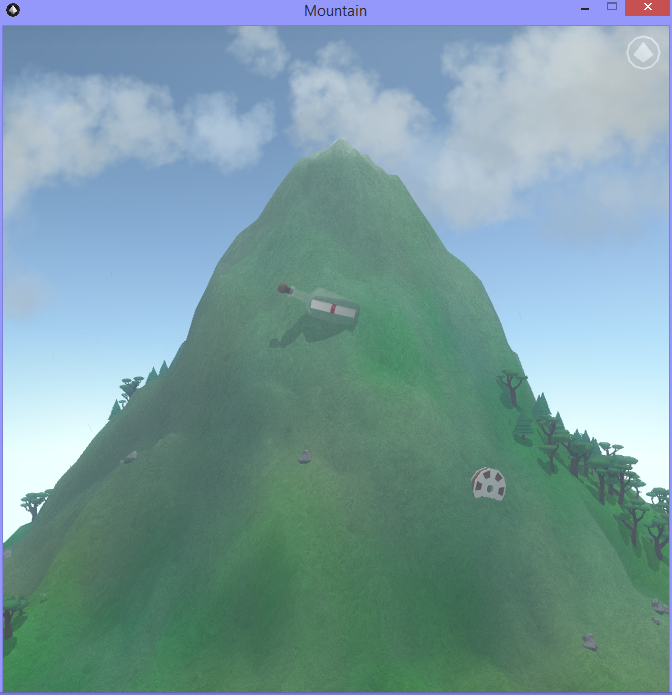 Admittedly it's not easy to call Mountain a game precisely since, well, there's not much to do. At best you could call it a mountain simulator, although we know very well that mountains don't really do much. But the game tells you that Mountain is God and all that jazz, so you buy into it. And like a weird Tamagochi that you can't even feed or pet, you just watch things unfold.

Thus far, I've determined that you can "kill" a mountain using the infamous melody used to communicate with the aliens in Close Encounters of the Third Kind. As much as the game's settings menu claims that the mouse and keyboard represent NOTHING from a controls perspective, keys Z-< and A-K represent about two octaves (but it sounds like a note or two may be sharp or flat). When we managed to play the ominous Wild Signals tone, a giant thing from outer space arrived, smashed into the Mountain and ended the game. I tried it a second time with another Mountain just to be sure - and yes, it was actually a repeatable action.

So I've been left Mountain as a small window in the corner of my screen just to try and catch happening. Thus far I've only been lucky to catch that slice of cake when it crashed into the side of the Mountain. Later on I saw the the message in a bottle do the same thing. But I have no idea where the film reel and the traffic cone came from - they just appeared during Mountain's next revolution. 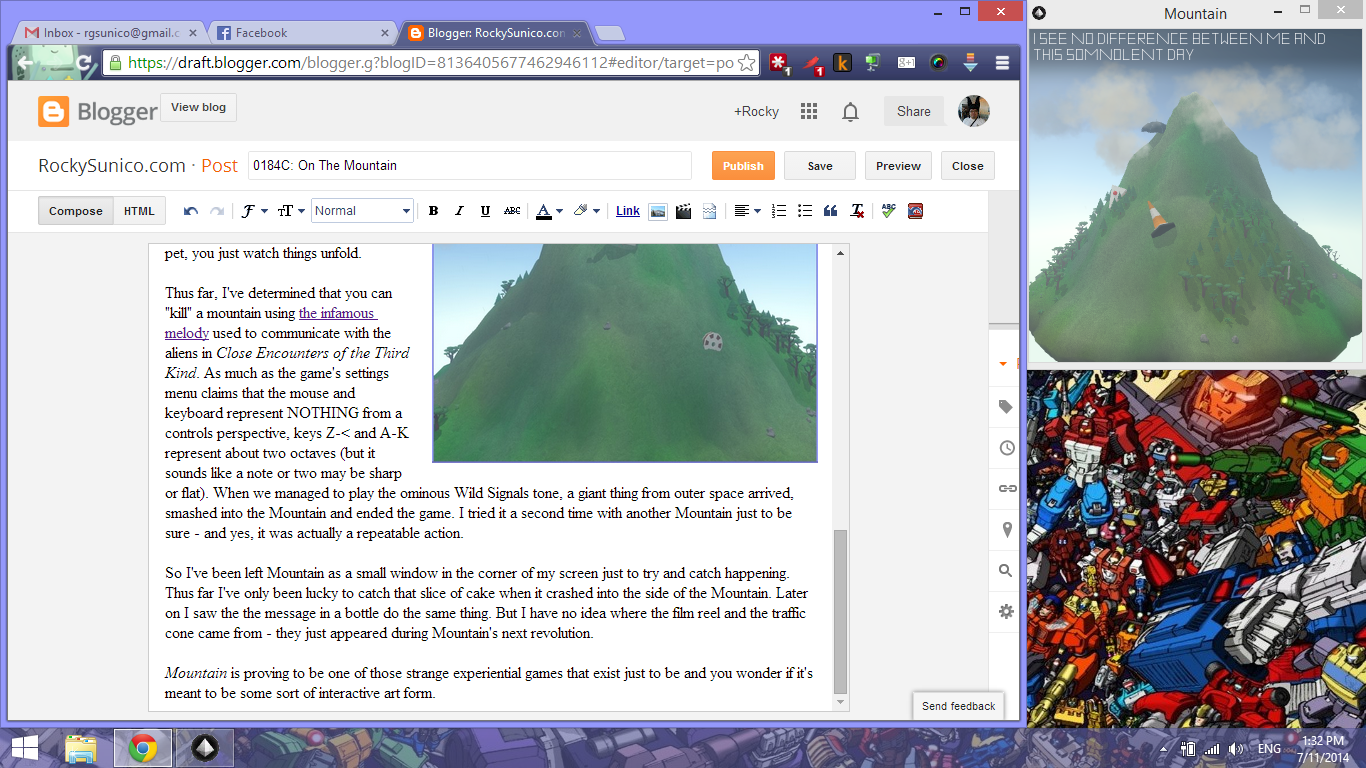 Mountain is proving to be one of those strange experiential games that exist just to be and you wonder if it's meant to be some sort of interactive art form. Are we supposed to find meaning in Mountain? Or is it simply what it is and that's all it's ever meant to be? But at $0.99, it's still an interesting bargain that has me staring at my little CGI mountain on and off while I'm at my computer. The website advertised about 50+ hours of gameplay, so I wonder what else there is to experience. 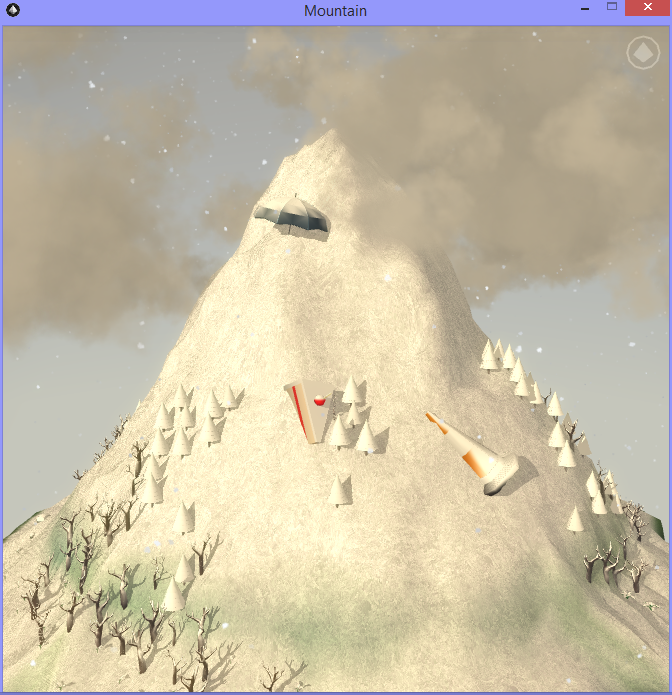 But Mountain just sits there and I can watch it progress from day, to night, through all four seasons including winter, through sunny days and rainy nights - over and over again. And I'm just absolutely intrigued by the whole thing.

I think the last time I felt like this was when Tobie and I first started tapping away at the Curiosity cube or perhaps when I first got to try playing Flower. Both games were rather abstract, provided little in terms of explanation really of what was going on and yet you felt oddly driven to continue to invest time in the game.

When the game stops being about winning or achieving a specific objective and instead becomes more about an experience and maybe even a story (albeit a very subtle one) that is being told with through the flickering of lights from fireflies, then you just need to let the game go on and happen. And that's sort of why I still have it running on my desktop - to see what might happen.

In some ways it's a little relaxing - but to be fair I know that I can find some pretty quirky things to be fascinating. And the random objects and Mountain's periodic zen-like quotes all make for a pretty weird experience indeed. And yet the Mountain spins on and I just watch it go - resisting the urge to invoke the one interaction that I know that only leads to its premature end.
food adventures gaming inner ramblings Tobie