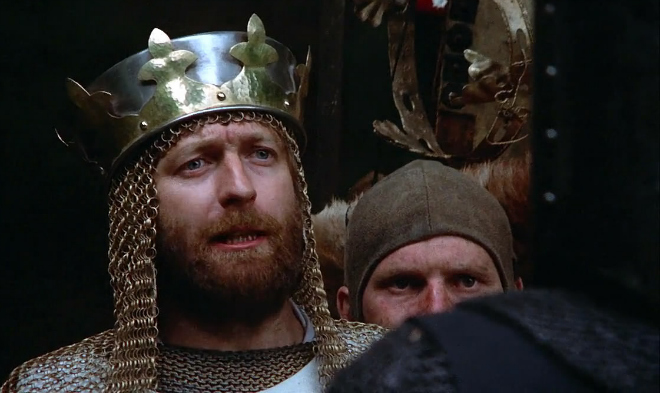 Graham Chapman was one of the founding members of the comedy troupe that we've come to know as Monty Python. He most closely collaborated with John Cleese and wrote some of the funniest sketches on the show. One of my favorite ones without a doubt is "The Dead Parrot Sketch" which is really just better watched than described in words. Needless to say, he was an amazing comedian and one that had been admired by his fellow Pythons. Sadly, he died due to complications to the metastasis tonsil cancer and secondary spinal cancer in 1989. Always a man for great comedic timing, he had died on the even of the 20th anniversary of the show.

I've been watching random Monty Python related videos as of late thanks in part to the buzz related to their live stage show that just started performances. And one thing led to another and I ended up watching some interview or documentary that mentioned the fact that he had come out in the 70's and did not hide the fact that he was living with his partner David Sherlock. And I suppose this little factoid slipped my notice given I've only really just watched the show and the movies without really taking the time to research into any of the Python's lives. So it was a nice little tidbit that just increases my respect for the man.

At the end of the day, what really mattered was just how brilliant he was. The man was certainly a comedic genius and one that I'll continue to enjoy with every Monty Python re-run.

I'll leave you with a video of his 1984 appearance on the show Opinions, where he delivered a pretty striking piece he called "A Chat About What Will The Neighbors Say?" Believe me, it's worth the view.