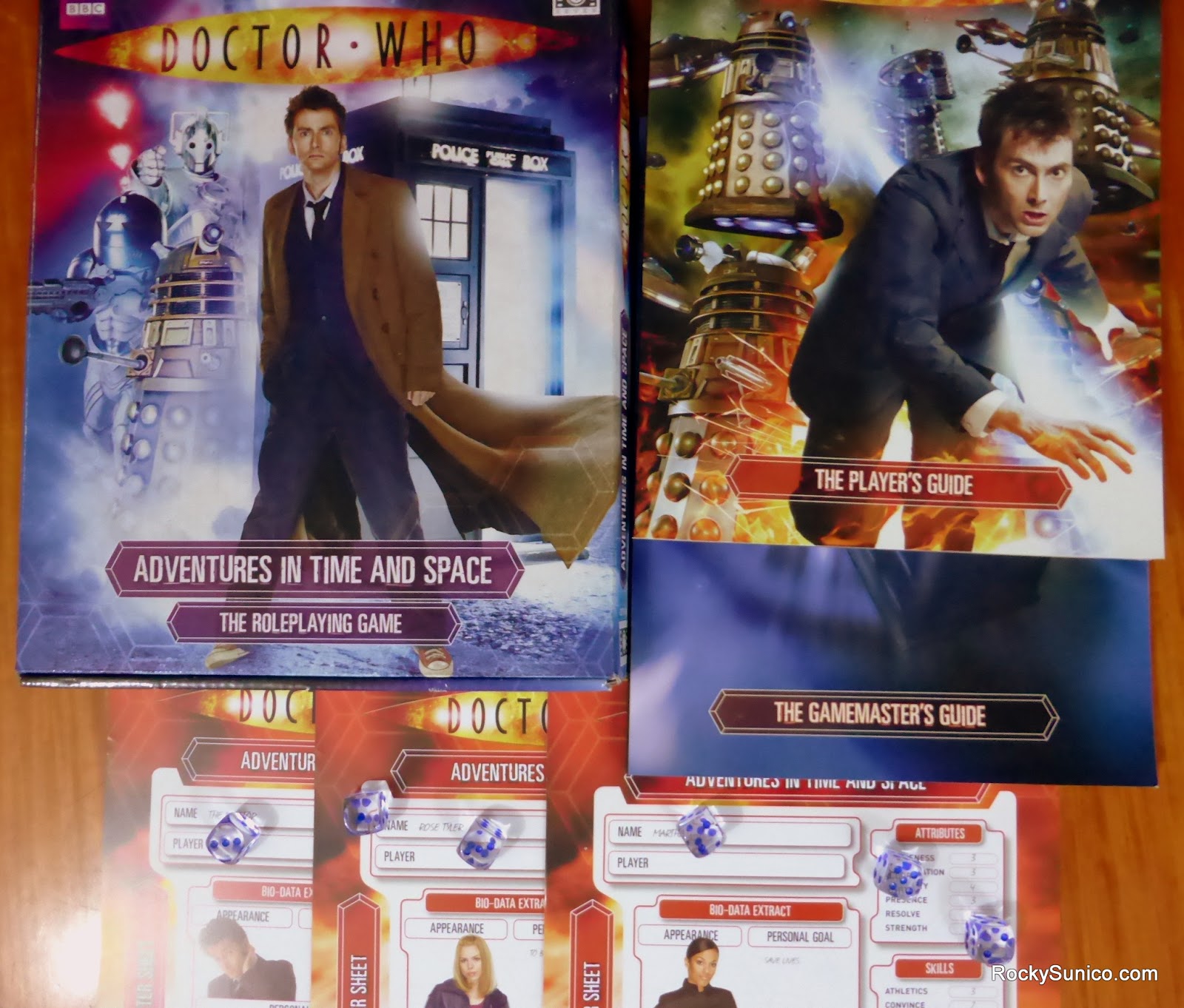 As mentioned previously, I've recently been pouring over the various resource books for the Doctor Who: Adventures in Time and Space RPG as of late in a serious effort to learn and understand this particular RPG system. This marks the first time that I've ever tried to learn a system on my own - usually I learn through the actual gameplay experience under Tobie's guidance. So instead of waiting for Tobie to explain how things work and such, I'm actually going over all the system books and trying to process how everything goes.

And after about 4 days of work, I think I've finally reached a point where I almost feel comfortable about running a game session. I've even started to assemble little cheat sheets on Google Docs to help me skim over various rules requirements at a glance as opposed to flipping through the source books over and over again. It should save me time in the long run, at least if I've mapped out the right details accordingly.

The set that we had purchased also included an initial Adventure Book with 2 sample stories to run through including directions on plot twists and the character sheets for the various NPCs and enemies. I have to admit, I appreciate how the book was scripted to help first-time RPG players to walk through the entire process while at the same time presenting a very open-ended system that gives players a lot of opportunities to modify the material as they deem fit. As much as there are pre-generated adventures, the greater stress is to create your own adventures with your own aliens and all that good stuff.  On the whole, it's a pretty generous system with a lot of flexibility for all sorts of stories. 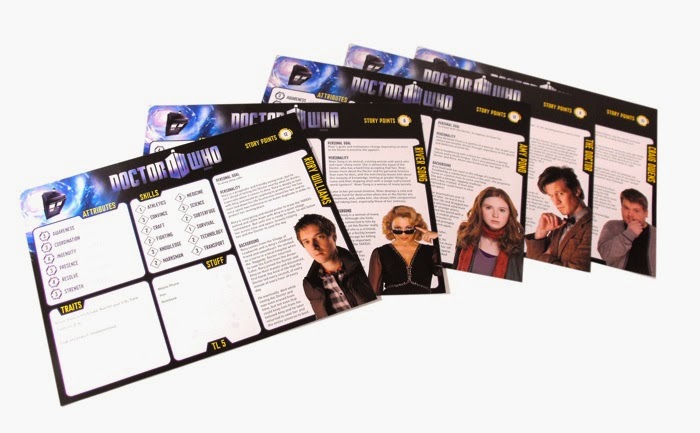 I'm not sure when I'm going to get a chance to run this game just yet - but I certainly have certain groups and/or players in mind. In think the greater challenge is possibly designing one-shots that can fit within the more isolated game nights that we have with various friends. I say this only because I don't think we have a set of longer-term players who are prepared to commit to a campaign right off the bat. And so I want to make sure that any game I run has a complete story with a beginning, middle, and an end. I owe the players that much. I may have to study more adventures to get a better feel for things and possibly purchase some of the supplementary guides as PDFs for now until we reach a point when it's possible to get physical copies of the books. Oh joy.

I foresee that my first few sessions are probably going to be based on the initial adventures provided in the books. Then I'll either draw inspiration from some of the Doctor Who books that I've read or perhaps I'll finally take the plunge and create completely new stories from scratch. On the whole, I really hope that it's going to be a lot of fun for everyone involved.
Doctor Who gaming tabletop gaming