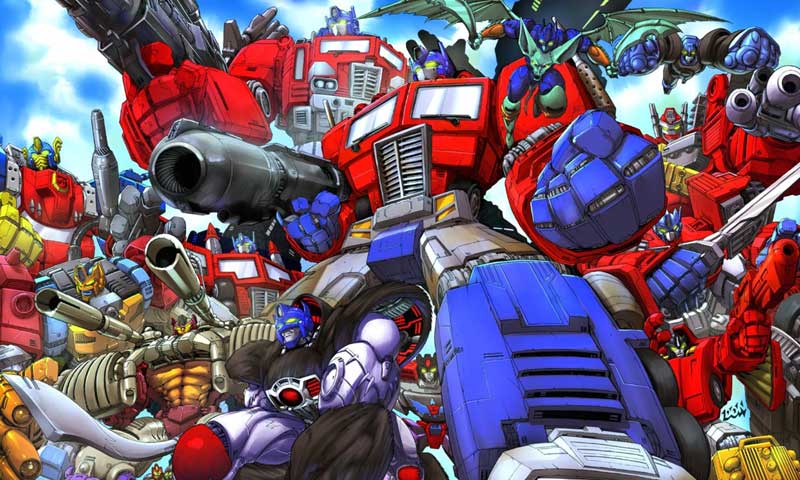 I'm not opposed to change, and this applies to pop culture properties like The Transformers. My friends know that I have a greater affinity for the Generation 1 incarnations of these characters and the closer friends understand my frustration with the Michael Bay movies. And when it gets to discussions that compare the old and the new versions of the different Transformers, something that typically comes up is that those who like the movie versions just claim that those of us who don't aren't open to change.

At this point in time, we have to accept the fact that remakes and reboots are bound to happen. I concede that point and I've gotten past those feelings of Hollywood somehow ruining my childhood or something. A new movie can't take my great memories of my childhood from me. Those are mine and mine alone. But I still think there's something to be said about defending core characteristics.

The Transformers on its own has had many incarnations across toylines, comic books and animated TV shows G1 Optimus Prime wasn't exactly the same character as Optimus Primal in Beast Wars. But we all knew that Primal was the spiritual successor to Prime. And thus they maintained core characteristics across incarnations that remind us that they are still more or less the same leader figure.

What makes Optimus Prime, well, Optimus Prime? His original motto in the G1 era was, "Freedom is the right of all sentient beings" - something that was extended into his need to protect lesser lifeforms like humans from the evil Decepticons. And in almost all incarnations of Optimus Prime, he has maintained this nobility about him. And that's a great thing - that shows how you can change a character in terms of appearance and back story but at his core he remains to be the same character in terms of his core characteristics.

And when re-interpretations of stories and characters decide to throw out big elements like characterization and core motivations, it diminishes the entire remake attempt. Any goal of tapping into the nostalgia market while still opening the door to new fans is lost since at the end of the day all that the characters end up sharing is a name and maybe some visual cues. But when you rip out their hearts, given them new morals and sensibilities, they stop being the same character. And the whole thing just feels like a ruse - a farce made in very bad taste.

And that's what bothers me most about the live-action Transformers movies and a lot of the recent reboot efforts (I'm looking at you, Superman). In order to appear to be all forward-thinking and creative, Hollywood egoists think that they don't need to acknowledge what has come before and instead they can manipulate and twist the things we love into something that they think is cooler and perhaps even edgier.

And that is where the constant changes in our pop culture landscape just go off the deep end and give fans the finger.
inner ramblings moving pictures Transformers