June 25, 2014
My fingers are still sore from manipulating (a.k.a. playing) with some unopened Kre-O Transformers Micro-Changers Combiners. It's a rather arduous process since each combiner consists of four individual Kreon chacter figures that each have robot modes and vehicle modes. And since these are LEGO-style figures, there is not fluid way to get them from one form to another. And so you go back to LEGO play rules where you push and pry pieces into different configurations until you get the right shape. And then you need to repeat the whole process to get the four figures put together to make the pseudo gestalt.

I now have 9 combiner figures and I don't think that I'll be getting any more. And it's not like they aren't making any more of them - 4 new ones just got released. But there were only 9 gestalts in the original Transformers G1 line - 10 if you count that train robot that appeared in the Japanese cartoon series. And the only reason that I got into the whole Kre-O Transformers line is precisely because of how cute Transformers G1 characters seem to be when they're in pseudo-minifig form. And when they added the innovation of having enough brick kibble to change into an alternate mode? Yeah, that's why I put my chips in. 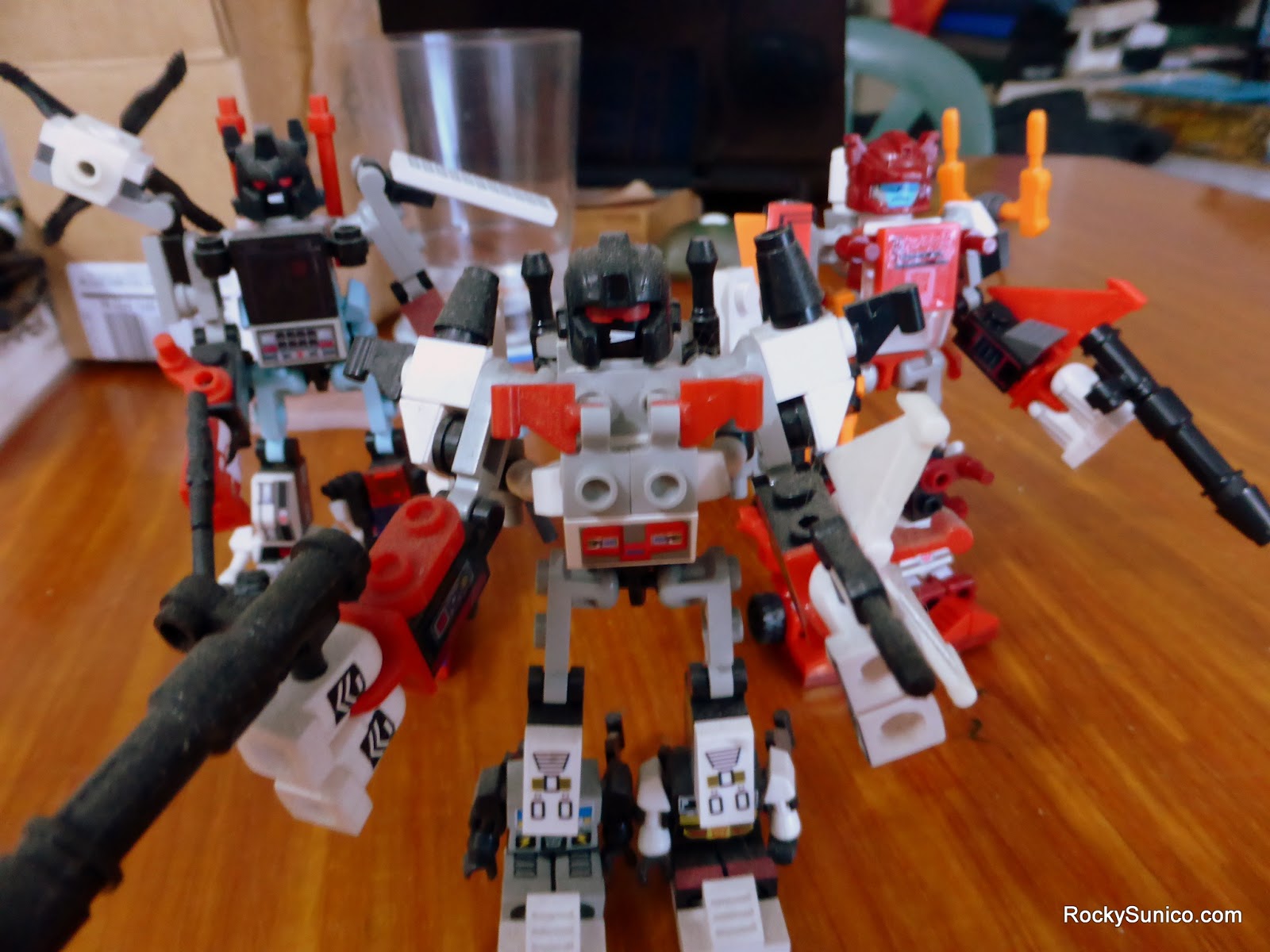 I wonder if my Kre-O collecting is coming to an end. The current wave of toys has naturally focused on the new Transformers movie, which I instinctively dislike based on the trailers alone. And that movie is out today and  know tat it's inevitable that I'll go see it sooner rather than later. But back no point, more and more I feel I've been distinctly classified by Hasbro as an older collector and they're drawing a clear line in the sand in terms of which of their toys are meant for me and which ones are for their younger audiences. And sadly targeting younger audiences seems to have been misconstrued as a need to make the toys simpler (a.k.a. dumber).

I got my first Transformer between the ages of 3 and 4 - I don't distinctly remember when that was. I managed to learn how to transform it and by the time I was five I had mastered the Autobot base Metroplex and the triple-changer Sandstorm. And looking at some of the newer, simpler toys makes me feel bad for all those kids that they've assumed to be too dumb to learn to follow transformation instructions.

I know a large part of what drives my collecting is a strong sense of nostalgia for my childhood and an d affinity for these characters. I hope other kids are given a chance to experience that as well.