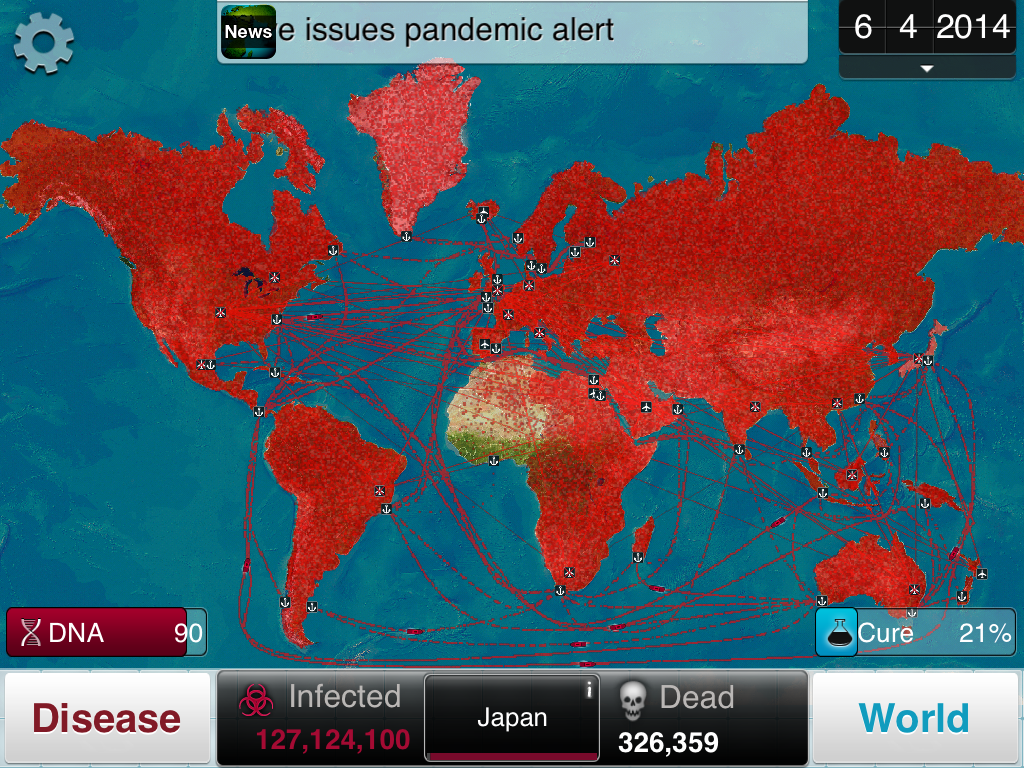 So one thing led to another and I find myself back to playing Plague, Inc. - the outbreak simulation game which is both oddly fulfilling and yet deeply disturbing. The game puts you in charge of guiding the evolution of some unseen pathogen or whatever out on a mission t infect and ultimately kill all human life. As you progress, you earn DNA points that you can use to modify your little guy which additional infection vectors, deadlier symptoms, and other special abilities. I had played the game somewhat extensively when I first downloaded it, but eventually tired once I had unlocked all the different types of diseases you can use. Now I find myself back to playing it, but on a strictly casual level.

Coincidentally, the latest update to HTC Sense for our phones includes an app called Power to Give, which basically allows you to allocate system resources while your phone is charging to various research projects around the world. Long ago I used to contribute to the SETI@Home on the old desktop, so it was sort of nice to find out that these projects are still on-going.

I've signed up again and installed it both on my phone and on my computer. I'm currently focused on the cancer and AIDS research projects via the World Community Grid. It may not seem like all that much, but it still feels nice to help out even in small ways like thus. Plus there's the fact that I leave my computer on a lot to torrent stuff freely, so at least this is a better way of using some of that time.
gaming health sietch life technology