01830: The Fault Lies Not In Our Stars But In Ourselves 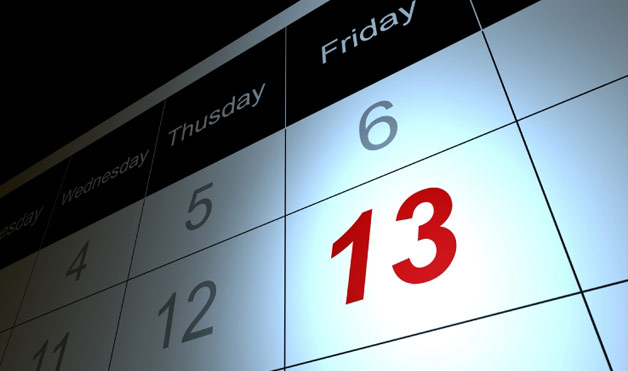 The title of today's post has nothing to do with the popular young adult novel now-turned into a movie. It's actually a paraphrased like from Julius Caesar.

I'm actually rather surprised that my social media feeds aren't quite as inundated with silly posts about today being Friday the 13th. Maybe it's because that just yesterday was Independence Day, so spirits could be a little higher. Or maybe the relative relief offered by the cooler temperatures from the rains is rather welcome compared to the summer heat and humidity of the past 2 or so months.

Despite all the advances in science and technology, we still feel more than happy sharing the equivalent of stupid chain letters and other superstitious beliefs. One could argue that this may be a side effect of the hold that religion in general has on the country. Or perhaps it's a side effect of the poor level of education that majority of the country access to. It could be any number of reasons.

But no matter how smart people are, so many are still more than willing to follow horoscopes, pay for fortune tellers, and determine how to move forward in our lives using internet quizzes as a basis for somehow understanding ourselves. A lot of silliness all around.

What we need is for more people to come out of the dark ages and start using their brains more. Stop blaming fictional circumstances beyond your control. Instead, take full accountability for your actions and keep moving forward - be more focused on solutions instead of just whining and saying that they you had no choice.
inner ramblings social networking