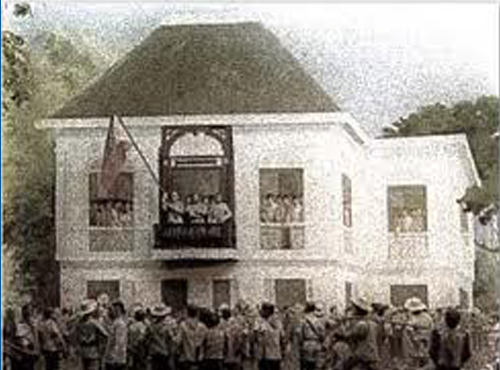 Today is the Philippine Independence Day, a sometimes unusual holiday that has actually moved around throughout history since we conquered a few times since the very first one. The current date reflects our original independence from Spain, which remains to be the big one I suppose. We don't have to count our independence from Japan after World War II or from the Americans later on in 1946.  That would be just silly, right?

We're still in the middle of the whole PDAF scandal and the DAP case is just building up. I have no clear idea who might be better as President as the Philippines in the coming 2016 elections but whether we like it or not it's probably going to be Binay. To call our public transportation system a "system" is an insult to the dictionary. And while unemployment is down to 7%, underemployment trends around the 20% range and we still see a significant exodus of Filipino workers to other countries in search of better employment options.

There's a lot wrong with this country, and yet also a lot of things that make it still worthwhile. And as much as it's easy to wallow in all the problems that we have, I still have no desire to leave this country in search of something "better". This is still home and perhaps that remains to be the best thing that I can do on this special day. It's sort of me renewing my pledge to continue to invest in this country, hope that things turn out for the best, or at least for the better. As much as I complain about what's wrong, it's born out of my love for this country and my continued belief that there is no other place in the world that I'd rather live than here.
holidays inner ramblings