0182D: Too Much Government Song And Dance 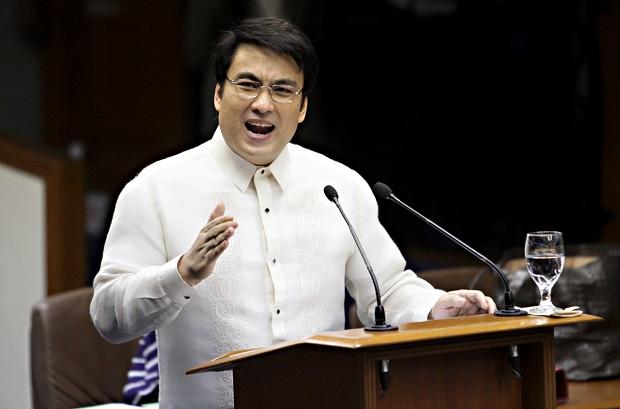 Yesterday, Senator Bong Revilla, Jr. delivered one of the most ridiculous privileged speeches ever - at least in my opinion. Our lawmakers have all had their fair share of strange speeches done on the taxpayer dime, but it's hard to top how strange this one turned out to be given it ended with a music video featuring an original song by the Senator himself. But I suppose this is par for the course given he's also an actor - one of many, many, many lawmakers who were already celebrities of one sort or another before they ran for office.

Then again, popularity and name recall is probably the only true political currency once needs in order to run for office. We don't care much for your track record or your experience or even your criminal record. We just need a name that we are familiar with or an assurance of some sort of support - financial or otherwise - and boom, someone is going to get into political office. It's just the way things work - at least for the foreseeable future given the hold that our political families have on the reins of power and how so many remain trapped in what is practically institutional poverty or whatever you want to call it.

It's an evil system that is practically brilliant in terms of its efficiency that is now best illustrated in our continued GDP growth in direct contrast to our unchanging unemployment rate and self-reported poverty numbers. The rich just keep getting richer and the rest of us struggle to make ends meet and hope to eke out a life for ourselves.

Then only thing I hate more than useless Blue Ribbon Committee hearings are privilege speeches. In recent months given all the scandals that have been plastered all over the headlines, privilege speeches has become the medium for defending oneself in the public eye instead of just waiting for the actual cases to be heard (and those have taken their sweet time to get processed as well). But that's how our government operates. We use the privilege of such speeches to talk about anything and everything except for actual issues of relevance to lawmaking.

And we all know this isn't going to change any time soon. This is the show that never ends.
inner ramblings stop the presses