0182C: The Need to Take HIV/AIDS More Seriously in the Philippines 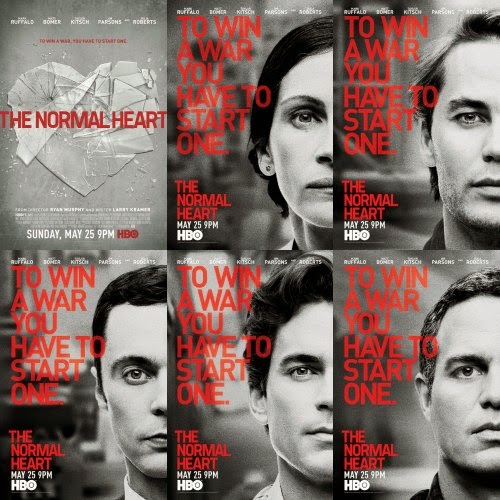 Today we finally found the time to watch The Normal Heart, the critically-acclaimed HBO movie based on the stage play of the same name. I knew that I wanted to make sure that we had enough time to watch it properly with due attention given the weight of the subject matter and the importance of its message. Quite frankly, the movie was brilliant and it's a thought-provoking piece that I hope more people find the time to watch. And no, you don't need to be gay to watch it. It's about an importance health crisis that affects us all.

The brilliance of the movie is how plainly it tries to illustrate the struggle that they faced in the 80's. How it was a challenge just to get the government to even acknowledge that HIV/AIDS existed as a problem. How people were still fighting for doctors to even just look at them and try to treat them. How people would respond to the disease with paranoia, discrimination and irrational fear. We may have come a long way since then, but we still have a long way to go. And here in the Philippines, we're still struggling to just come out into the light.

From 1984 until March 2014, there have been 17,948 HIV cases recorded by the Department of Health with 1,652 considered to be full-blown AIDS. The Philippines is one of 9 countries in the world where HIV infection rates continue to increase by over 25%. I'm not a man of many friends and I have to admit that I've only truly known one person who died from HIV/AIDS. On social media I've heard about many more cases within the local LGBT community. Like many others, I can't help but raise an eyebrow when it is reported that another young gay man has died of something as basic as pneumonia.

I know of many people who have never gotten tested for HIV. I repeatedly urge them to get tested but so many still live in fear.They fear possibly finding out that they have the virus. They fear discrimination because of the virus. They fear the shame of friends and family looking at them in a different light. And while there is some limited merit for these fears, at the end of the day we need to grow past them. We need to learn to stand up and face our fears and do the right thing.

We need proper information campaigns discussing this health threat and driving proper understanding of how it can be prevented. Mandatory is not the answer - but dispelling the fears related to testing is what is needed. We don't need to force people to get tested - we need to empower them to make the decision themselves. We need to educate people as to the fact that an HIV diagnosis, especially when determined early enough, is not an automatic death sentence. We need better government funding for treatment options.

There is so much that needs to be done. And the very first step is getting past our fears and being brave enough to fight.
health inner ramblings moving pictures television