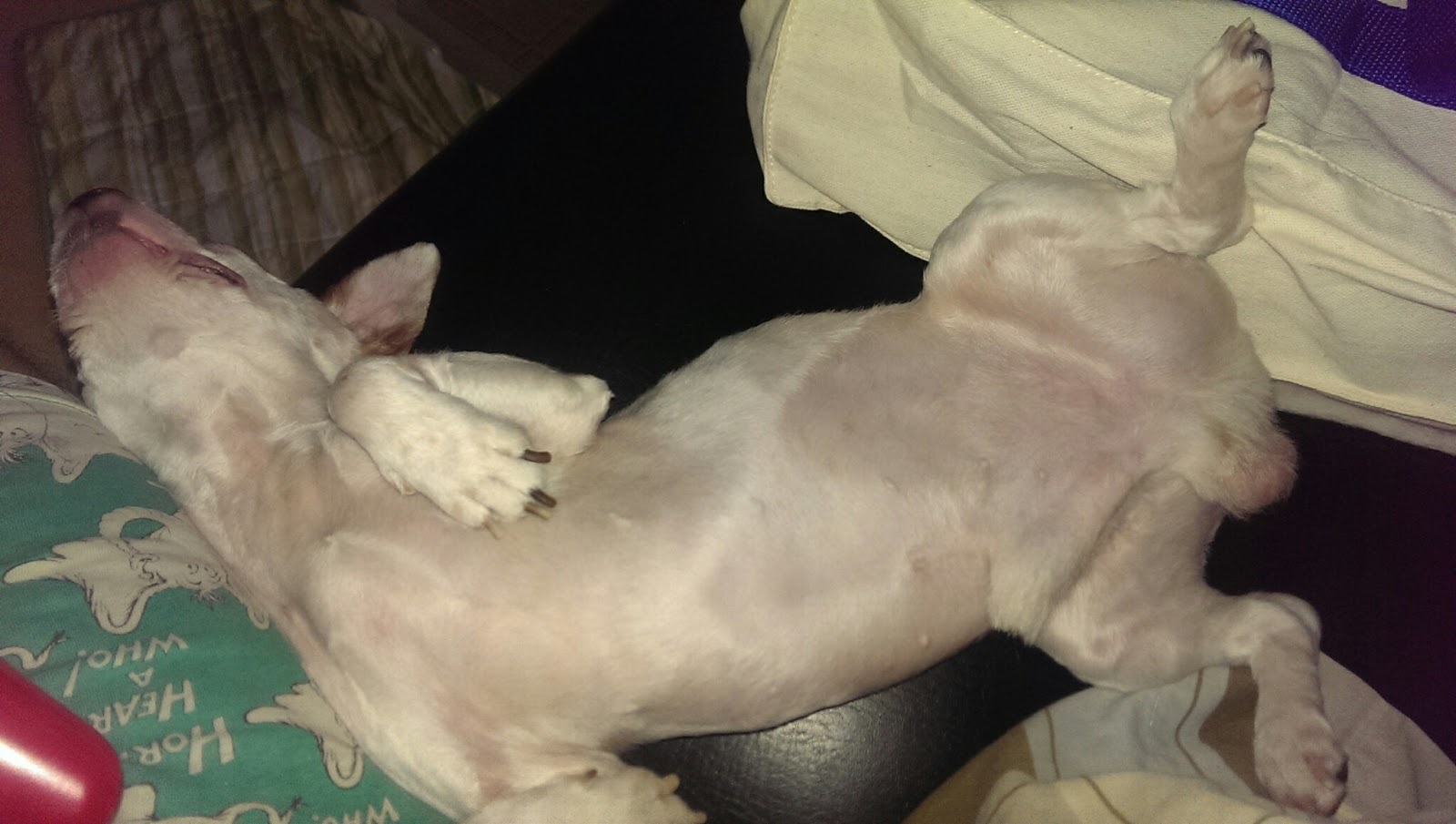 Between work and the heat, my brain just isn't doing very well in terms of coming up with original topics to blog about. So when I don't know what else to write about, I write about Yoshi, our dog.

As much as it shocks friends how different Yoshi looks with most of his fur shaved off, I have to admit that he's looking a lot better this week. He's still on medication for his fungal infection but the red spots are pretty much gone and he's scratching a lot less these days. I'm sure his fur will grow back soon enough, but for now he's enjoying not being overly fur-burdened during this really hot summer time. 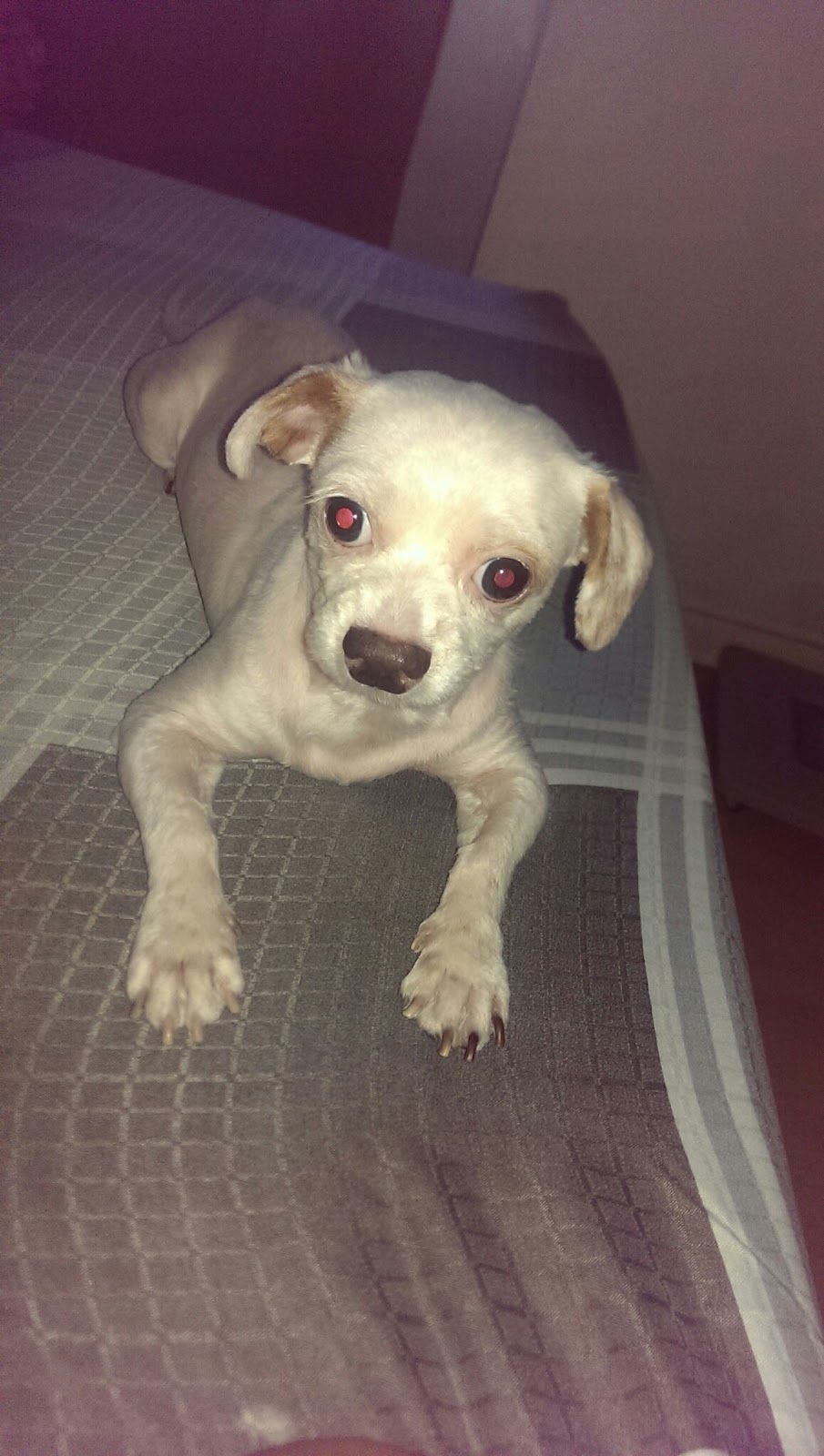 One notable thing since the whole vet visit is that Yoshi has become especially personable these days. I can understand him being a little needy immediately after the combined vet visit and grooming day, but it's been more than a week and he's still...especially sweet.

I guess I shouldn't complain.

The most adorable thing that he does a lot more now is join us in bed. Sure, he had figured out how to jump up onto the bed some time ago, but he'd typically wait to be called and he wouldn't stick around too long. Now he goes up onto the bed without prompting - typically when he figures out we're on our way to bed. Then he actually just hangs around and cuddles up beside us until we fall asleep. It's rather endearing. Plus the fact that his lack of fur means less risk of triggering my asthma.

He's sitting on a chair beside me right now as I type this. We've been trying to watch 2 Broke Girls all afternoon, which is the only show I can handle in my fatigued mental state. Yoshi doesn't seem to care for the show all that much, but I have to admit I'm enjoying the very many one-liners and similar zingers. Life could do with more one-liners, because the ability to be witty requires intelligence. So yeah, the world could totally deserve more smart people around.

In the meantime, here's Yoshi beside me. Ain't he the sweetest little thing? 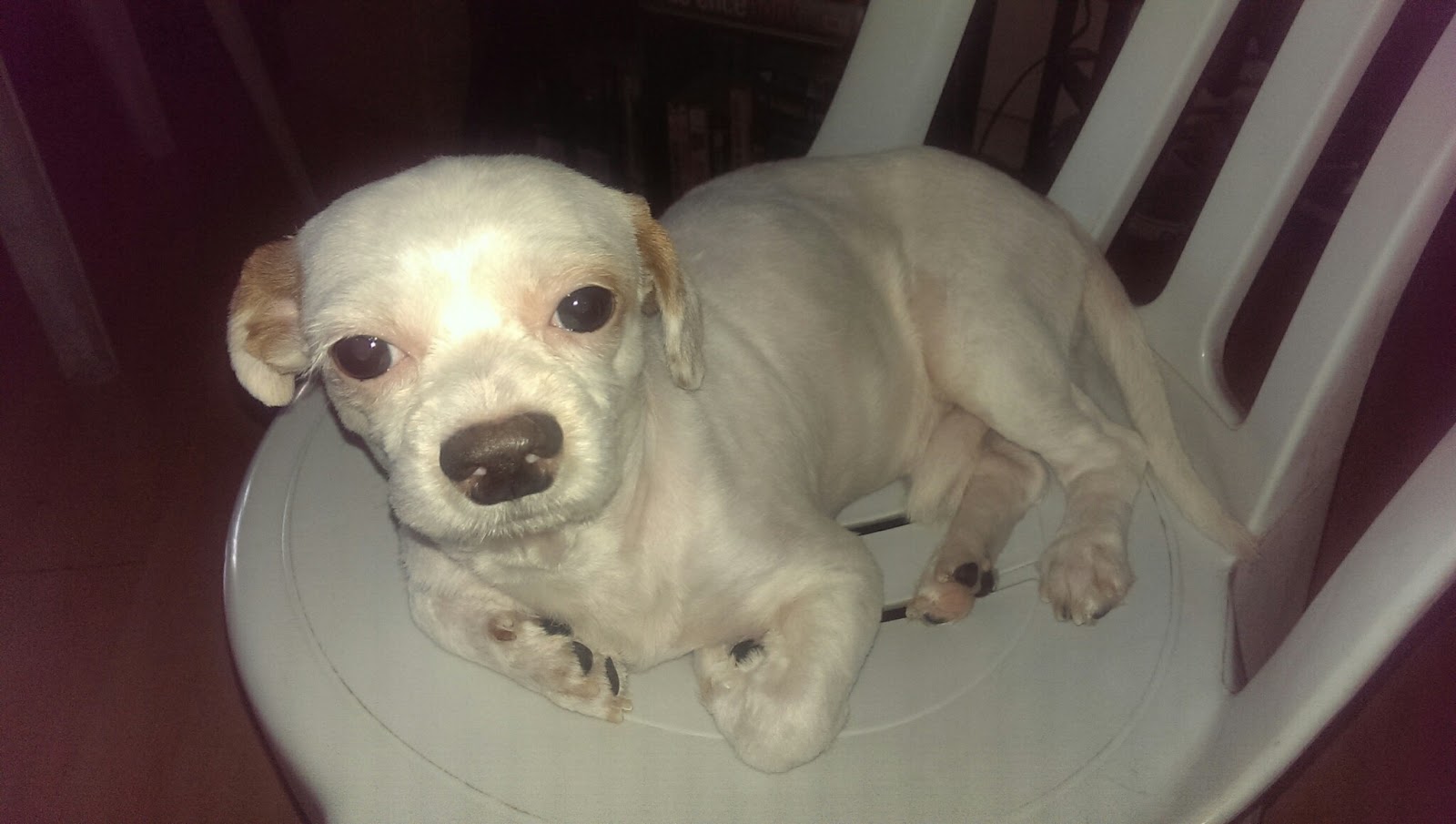