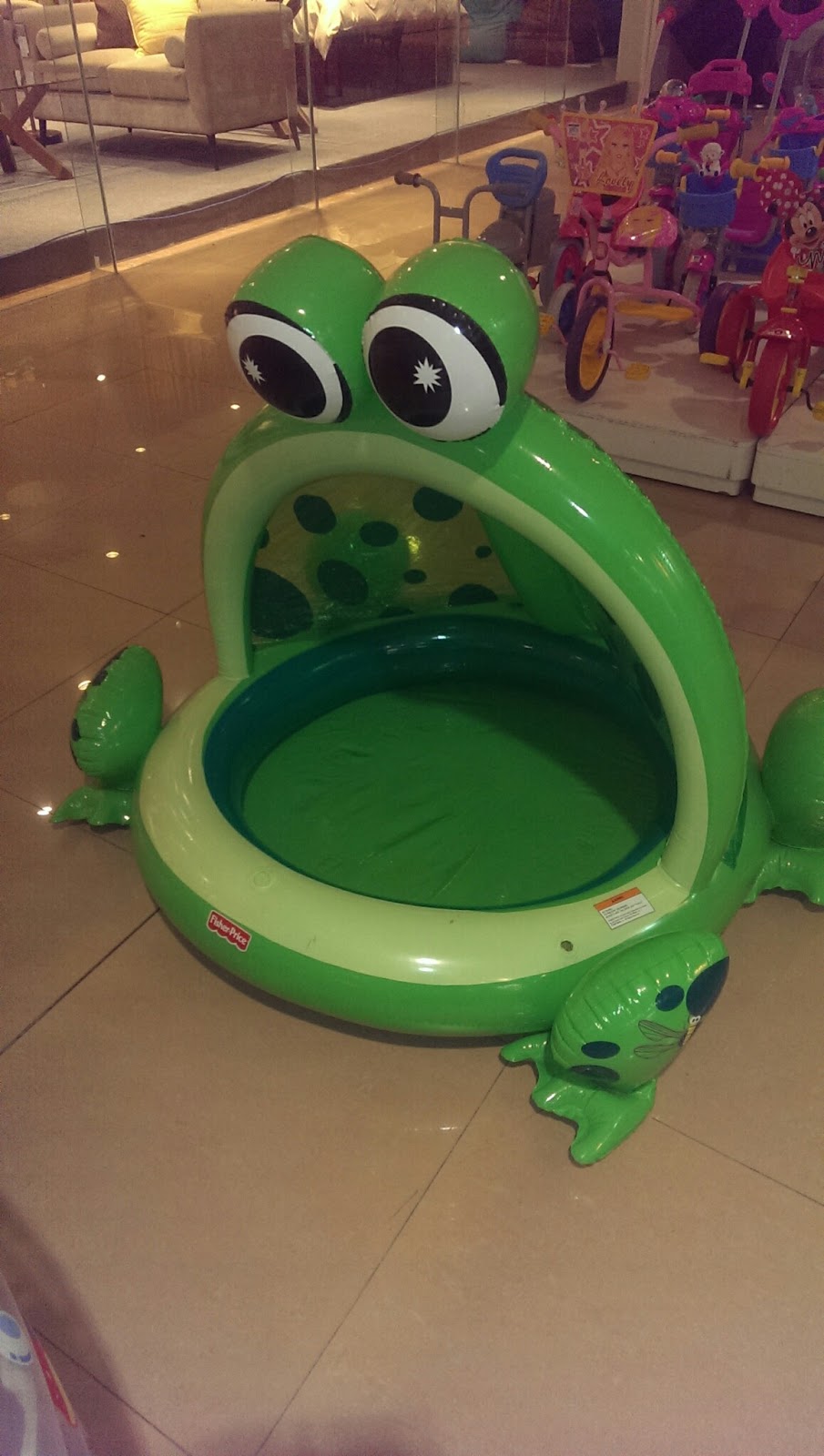 Today is Tobie's birthday! You can greet him on his gaming blog or perhaps on his gay blog if that's your preference. It would mean a both of us, I'm pretty sure.

Now I forget if it was on this blog or on my old LiveJournal where I documented how hard it is to manage surprises when it involves me and Tobie. We have a nasty habit of knowing when something is up and we end up spoiling each other's surprises unintentionally.

In the years that we've known one another, I've come to realize that there are few defenses to absolutely ensure birthday surprises go unspoiled. The first trick is the plain sight rule - declare you're going to do something special on the person's birthday and leave it at that. Another step is DO NOT THINK ABOUT YOUR SURPRISE. If you are mapping out the surprise in your head when you're together, he'll figure it out. Or worse, he'll think you're hiding something bad and you create a false reason for suspicion - this has really happened to us.

The best way though is to be spontaneous - maintain very loose plans for what you want to do but finalize the details on the spot. I like to have lots of vague ideas floating around my head and see which ones stick.

Case in point - I was due to pass by SM Megamall today to pick up a replica Star Trek comm badge - the sort most prominently seen on Star Trek: Voyager. Tobie knew about this and I had already stated that it made more sense for him to have this particular comm badge since I have a TNG version coming soon. 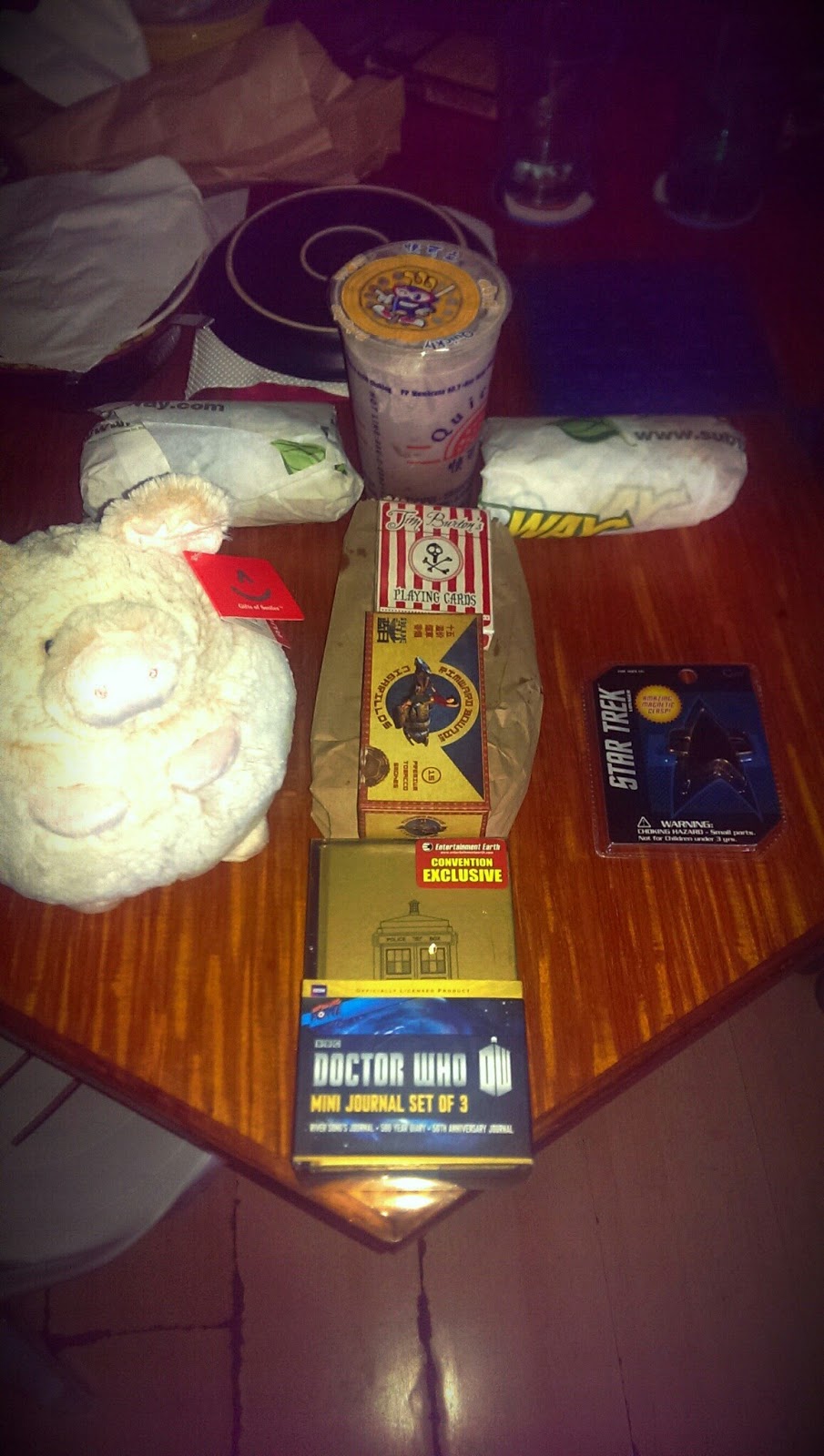 But while there, inspiration struck me. Initially I thought that I was just going to pick up a silly gift to make him smile - hence the ridiculous stuff pig on the left there. But one thing led to another and I started picking up different things to make Tobie really happy.

First I wanted good food options - thus I got some Jamaican patties (which Tobie loves!) and some Subway subs that could either act as a hearty breakfast or a good lunch for him to bring to work. Then I got him a large drink from Quickly, since it's the only drink that he has really liked in the whole pearl shake / taro wars.

Then when I headed to Filbar's for the comm badge, I ended up looking for other items that might appeal to him. Then I couldn't quite make up my mind and ended up getting him a lot of stuff - the consequences of today being pay day for me. And so I totally geeked out.

Items that I bought for Tobie's birthday:
1. A pack of Tim Burton playing cards
2. A set of Qmx Malcolm Reynolds Dog Tags from Firefly
3. A set of 3 Doctor Who Mini Journals, including one in the style of River Song's notebook

So yeah, I kinda went nuts. But I was worth the shock on Tobie's face upon fully waking up and realizing just what I had prepared for his special day.

...and it's not even the weekend yet!
sietch life Tobie