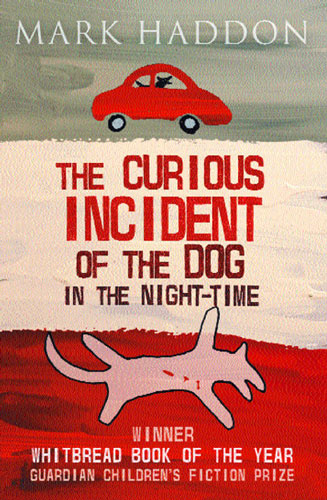 My current MRT reading book is something called The Solitude of Prime Numbers, something that I had picked up primarily  because of the title and because it was on sale. It's sort of surprising to me that at the most basic level, it's actually a love story. But it's a a rather strange and convoluted one that involves characters with some significant emotional scars due to childhood trauma.

The boy character, Mattia, grows up to be a bit of a math prodigy. In many ways, he reminds me of the autistic protagonist from The Curious Incident of the Dog in the Night-Time, and that book always gets me a little...weird. I guess it's because characters like these remind me a lot of a part of me that I'm not 100% comfortable with. And perhaps it's just the sort of mental phantom that we create based out of fears or something, but I know there's some truth to the whispered rumor echoing in my head.

I've written on and off about those moments when I sort of lose myself in my thoughts. It's not that I can't pay attention to what's going on in the world - it's more of the opposite. Sometimes I focus too much on something so much so that everything else fades away - like everything else becomes harder to discern or just out of focus. It's not too bad a trait when you want to get past distractions. It's a weird thing to manage when you don't like where you are or who you're with.

Here's a recent example - a contact of mine asked me over IM if I thought the guys at O Bar are cute (given Tobie and I go so often). In all honesty I told him that I didn't know - I only really pay attention to our friends at the table and the main performances on-stage. Everyone else loses meaning to me. Sometimes a random figure stands out (admittedly because I think of something funny to say about him to Tobie), but for the most part I'm happy just enjoying the show. My camera remains my trusty social crutch that helps me get out of certain social obligations. And the rest is history.

It's probably  for the best that Tobie is heavily into gaming. Thus our weekends mostly take place at home with a limited number of guests, which is just enough for me to handle without feeling the need to tune out or something. Just another reason why the two of us work.