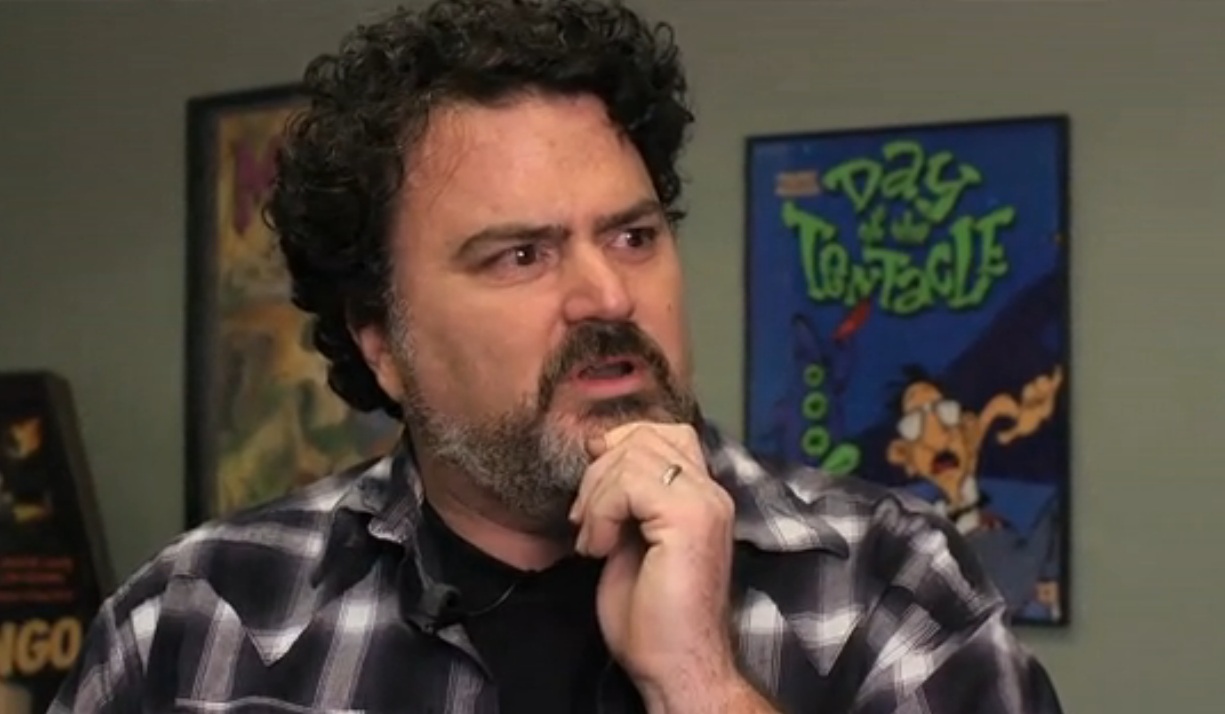 Over the weekend, one of my download projects has been to secure my personal copies of the Double Fine Adventure! documentary videos, which are part of my rewards for backing the Broken Age Kickstarter project. I've already viewed all of these videos before via the secure Vimeo link available only to Backers and it's nice to have copies that I can show to friends and share in the joy.The videos represent an amazing look at the entire game development process and some of the ups and downs experienced by the Double Fine team during the creation of Broken Age.

Tim Schafer is the driving force behind Double Fine Productions and a man whose name is practically synonymous to the adventure game genre. I won't lie to you - at first I had no idea he was the man behind so many of my most beloved adventure games of my childhood. But now I think it's fair to say that this man the closest I'll ever get to someone I can idolize. And yes, I'm the sort of person who never had a good answer for that slam book question of "Who do you admire most" or something.

Tim Schafer is a creative genius, a man whose humor is clever and just brilliant and quite the free spirit in his own right - or at least that's my impression of him. I still can't imagine how he's able to come up with ideas for games so quickly - a skill that I also admire in my partner, Tobie. And while I don't necessarily see myself getting into the video game development work any time soon, I do want to try and capture some of that creative drive that seems to drive Tim and has allowed him to create so many different games over the years.

And Tim's games aren't simple things - adventure games are practically like interactive movies. Each character has their own little story and you as a player are free to explore this world, figure out the plot and then find your way forward. And even after you've finished the game, you'll eventually find yourself playing through things again, enjoying the very same story and seeing if you could do things just a little differently.

For those of you who also backed Broken Age and also watched the entire documentary series thus far probably understand part of the reason why I feel so close to the Double Fine Team now. The documentaries are more than just a look at game development in abstract - they're a very close look at the team at Double Fine and even a glimpse into the mind of Tim Schafer. And the more I've learned about him and the company that he's help shape, the more you have to admire the guy. He's pretty stellar and is the kind of person I'd love to work with or even work for. Or better yet, I'd like to be something like Tim in the future - and hopefully that's a future that's not necessarily too far away.

So thank you, Tim, for being awesome. It may not seem like but, but your achievements in life and what a down-to-earth guy you remain are a beacon of inspiration for geeks like me.