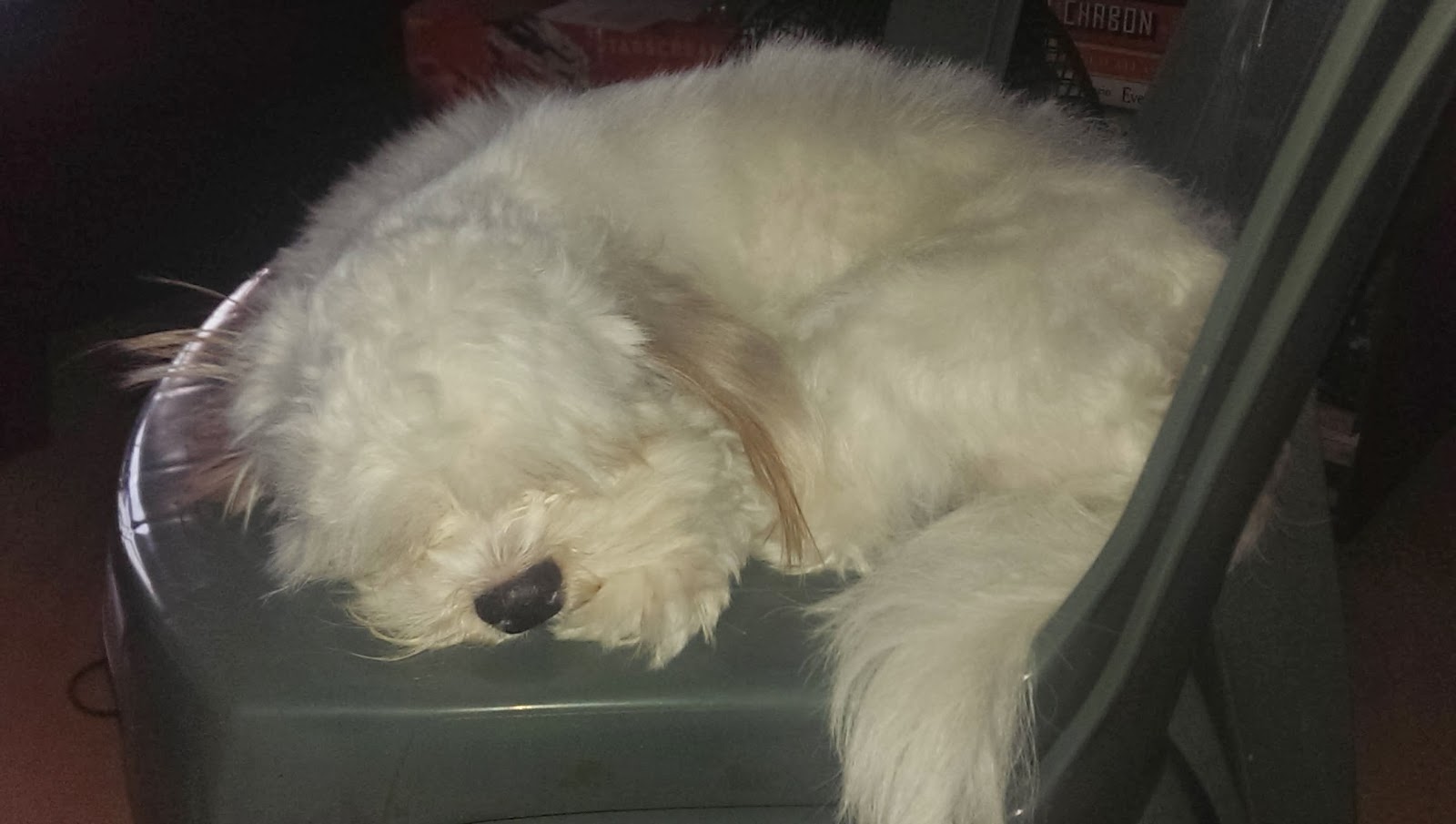 Today we managed to bring Yoshi to Animal House for his regular deworming. It's interesting how worked up he gets whenever we're at the vet. I suppose it's pretty understandable - there are a lot of strange smells there including a number of other pets in a fair amount of distress for various reasons. But he's a trooper and he tends to remain calm as long as either Tobie or myself are holding him while the staff go about their business. Don't worry, Yoshi's perfectly fine and I feel like everyone who deals with him there ends up falling in love with him. Even when stressed he's quite the charmer.

We made our way to the Gaming Library next to pick up the two Adventure Time Card Wars sets that Tobie had ordered in advance. The order had come in a few weeks earlier than projected and so it seemed like a nice convergence of events. Complete with Yoshi in tow, we visited the house that acts as their physical store of sorts and gawked over the stuff already there. It's probably a good thing that we didn't bring a lot of cash with us, otherwise we would have picked up other games that are beyond budget. But I still added another expansion for Gloom and the expansion Tsuro of the Seas.

Plan for tonight - game night with some longtime friends who have yet to game with us. Breaking in new gaming groups is always a little tricky, but you just trust in your shared geekery to carry you through. And with another weekend filled with haphazardly approved roadwork projects centered around the southern part of EDSA, I'm glad that we're not leaving the Sietch anymore. More gaming is always a good thing for any weekend, and I know we game pretty much every single weekend. But that's our awesome life.
aminals gaming sietch life tabletop gaming Yoshi