April 09, 2014
Today is a local holiday - one of at least 20 declared by the National government. But since I work I the BPO industry, it's not exactly a holiday of major consequence, so I still have work tonight, but that's okay. Mid-week holidays are always weird and there aren't too many options in terms of what we can do while out. Plus I'm a bit more invested in trying to get the end of Holy Week off, so I can give up today in exchange for higher value holidays, despite my being more or less agnostic. 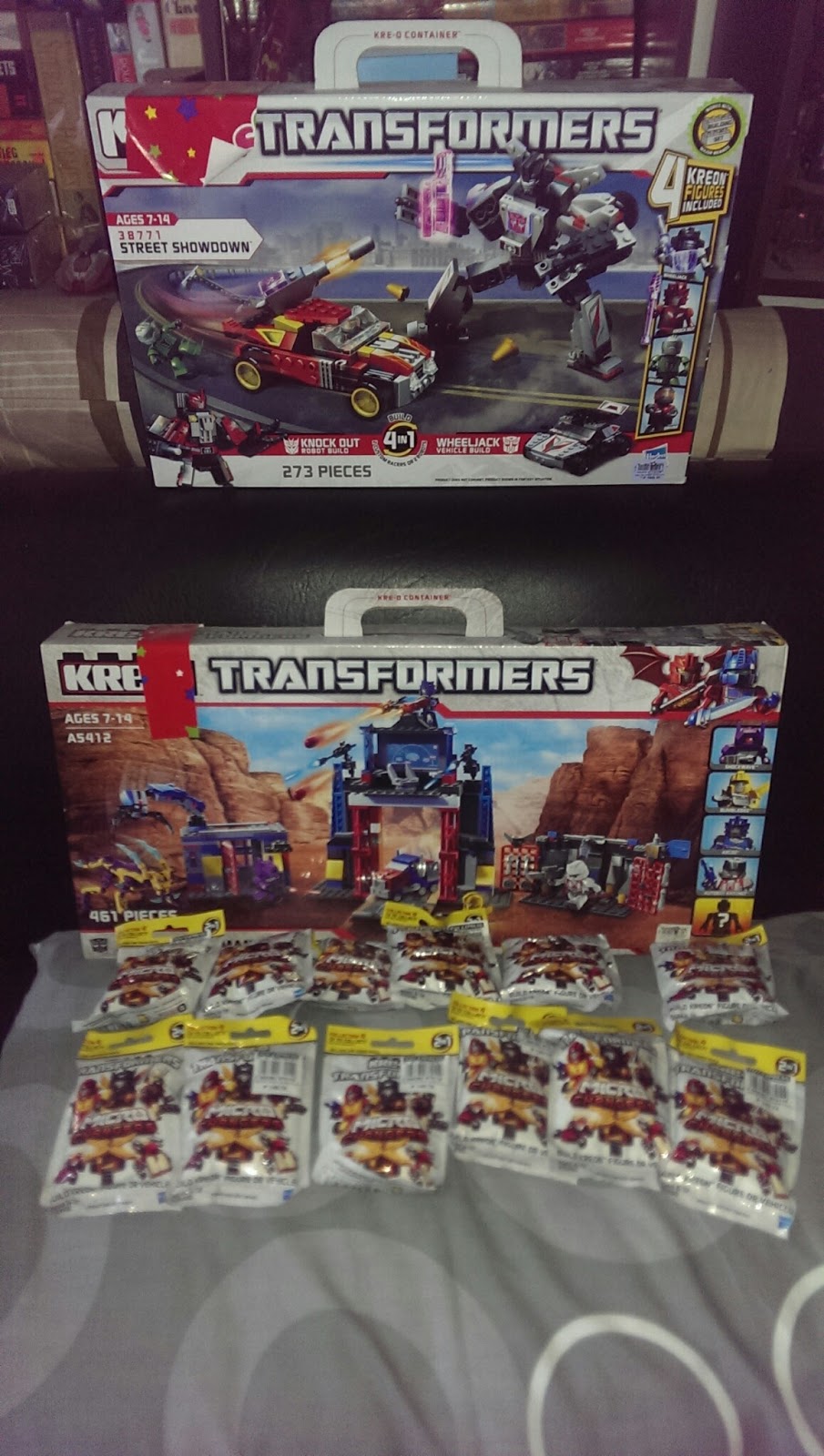 Last year I kinda majorly got into Kre-O Transfromers - Hasbro's answer to LEGO. More specifically, I've only really gotten into Kreons, which are the Kre-O equivalent of LEGO minifigs. Each one represents a different Transformer character and the subsequence "Micro-Changer" line of Kreons include extra pieces so you can "transform" them into vehicles and bugs and whatnot. It's a pretty adorable feature and it makes full use of the microscale aestetic that has become rather popular among builders around the LEGO (and I guess also Kre-O) community.

So yes, I've actually purchased larger box sets (see Wheeljack tro the right) just for the Kreon figures that they come with and not necessarily the full vehicle. The only special case is that Kre-O Transformers Autobot Command Center, which is a base more or less made to scale with the Kreons. Too cute.

But Kreons are devilishly difficult to store since they share the problems that LEGO minifig collectors share - the fact that they take up surface area even though they're rather tiny. At least my usual Deluxe-class Transformers stand at a decent high and display nicely. Kreons need a lot of wide open space (especially when you're using square base plates to hold them all) so they compete with regular figures for storage. And this is why all these different figures remain unopened - because I'm still not 100% sure where I want to place them. An I have the added challenge of an additional wave of Kreon Micro-Changers coming in special from the US since the wave didn't appear here.

There are silly collector non-problems, I know. But hey, I think I'm entitled to be a little geekily shallow on a local holiday like this.

Any suggestions fellow collectors? Your experience with handling large quantities of LEGO minifigs would be appreciated.