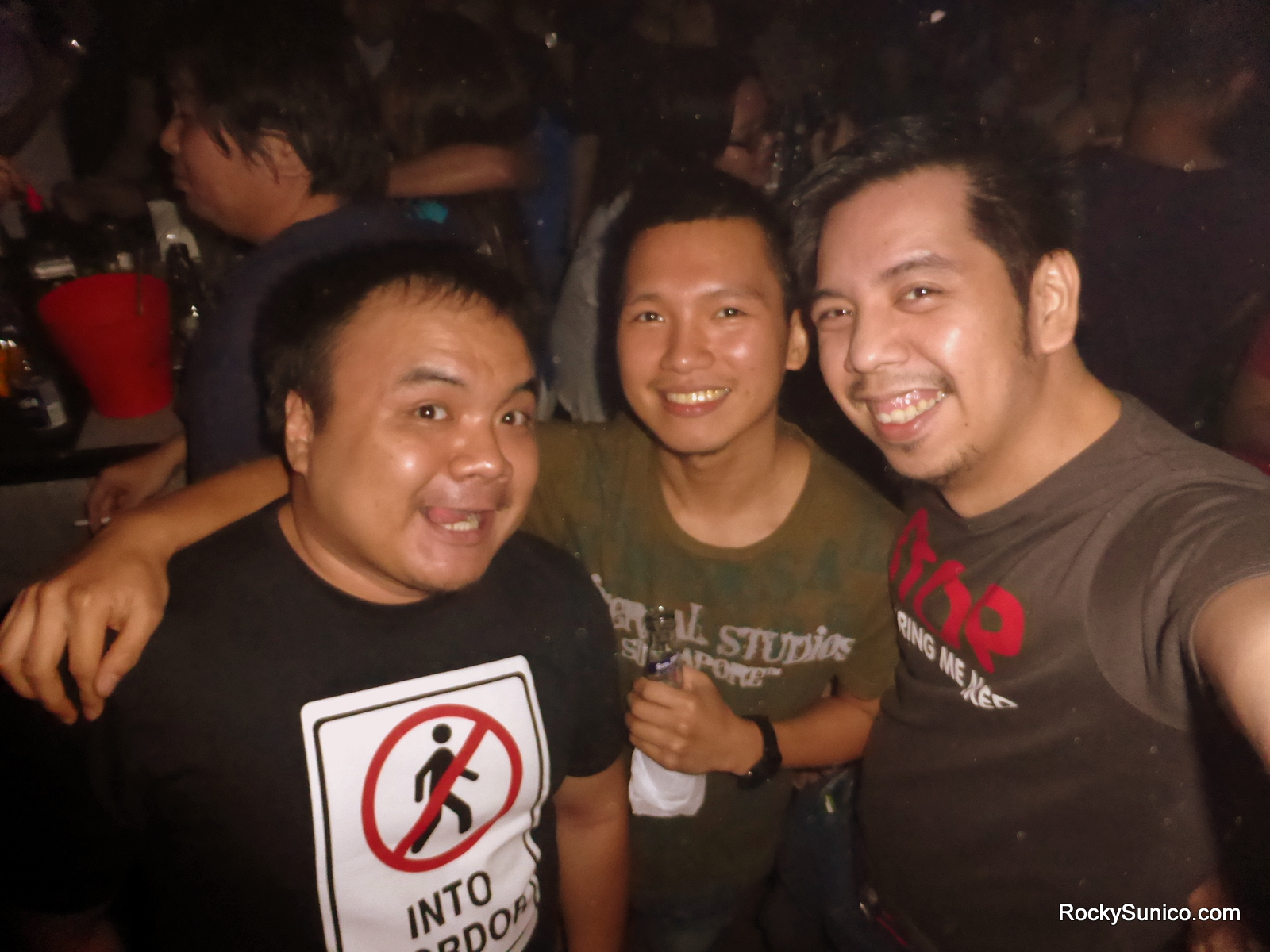 Over the weekend, we were pleasantly surprised to find out that one of our friends was finally back in town after an overseas work assignment over the past few months. Coincidentally we had just been wondering how he was and when he might be back in town since he's always such a delight to be with. Without going into too much detail, I think it's fair to say that he has has always impressed us with how positive he takes in life despite adversity. Plus he's one of our few friends who join us at O Bar and understand my Mordor shirt.

It's interesting to note just how many different circles of friends we have. And while there are some overlaps across groups, ultimately they're largely distinct circles, mostly defined around certain interests. For example, we have our many O Bar friends that we see weekend after weekend at the bar. But at the same time we rarely have interactions outside of O Bar thus far, although this is not to say that such interactions won't happen. We have our gaming friends who form into different sub-groups based on shared schedules or preferred games. Given we host multiple gaming sessions weekend after weekend, this results in pretty diverse social situations, especially when we mix and match players to form new player sets.

At the same time, the rather specialized nature of these groups means that we tend to only interact in terms of those common associations. I think the bulk of my communications with our gaming friends almost always revolve around discussing new games and figuring out gaming schedules. And I suppose that's only to be expected - that's our primary common ground after all. What else is there to talk about, right?

That brings us to the final circle of friends - the ones that we talk to outside of shared interests. The ones that message you out of the blue to check on how you are. The ones that come running - even in just a virtual sense - to talk about their problems and seek help, or at least advice. You don't get too many of these sorts of friends any more - or ever, I suppose. Even in this age of social media, we can only handle so many meaningful conversations at a time. And so we keep things fairly limited for the most part.

And when you're not very sociable or very intolerant of stupid behavior, this last circle of possible confidants gets even smaller. But that's life for you.
gaming inner ramblings queer life sietch life social networking