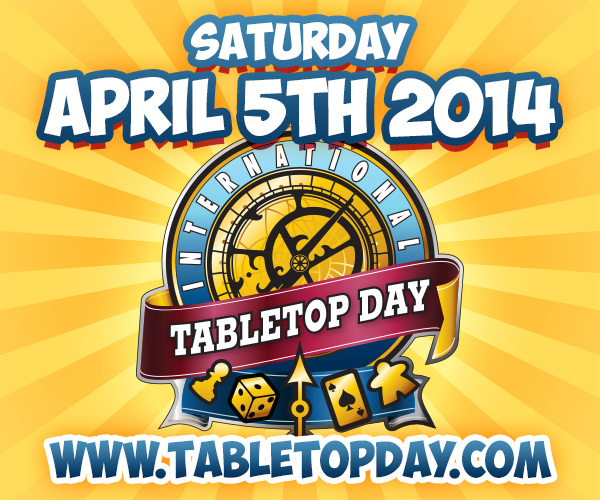 Tomorrow, April 5, is this year's celebration of International Table Top Day. This global celebration of the table top gaming culture as a whole is the brain child of the Geek & Sundry team and is now going on its second year. The goal of this worldwide event is to celebrate the joys of board games, RPGs and other table top amusements while also promoting its other benefits like strengthening the bonds between friends and even just reaching out to other geeky members of the community through the joys of gaming.

Last year we celebrated International Table Top Day by inviting over our friends from the PG4M forum to play board games and generally have fun. Since then, that practice continued on into monthly game nights with that same circle of friends on top of all our other regular game sessions each and every weekend. It's funny how that one event helped open the doors for a new set of gamers - and queer ones to boot!

So I guess it's rather fitting that this year our PG4M friends - whom we tend to refer to as the FTC - will be joining us again for a fun night of table top gaming. But we also have some first-time players joining the table and others who haven't gamed with us in a while. It'll be a bit of a mixed group and the largest set of players that we've ever hosted at the Sietch, so things should be rather interesting. I can foresee needing to juggle players and have folks work in teams as the night progresses.