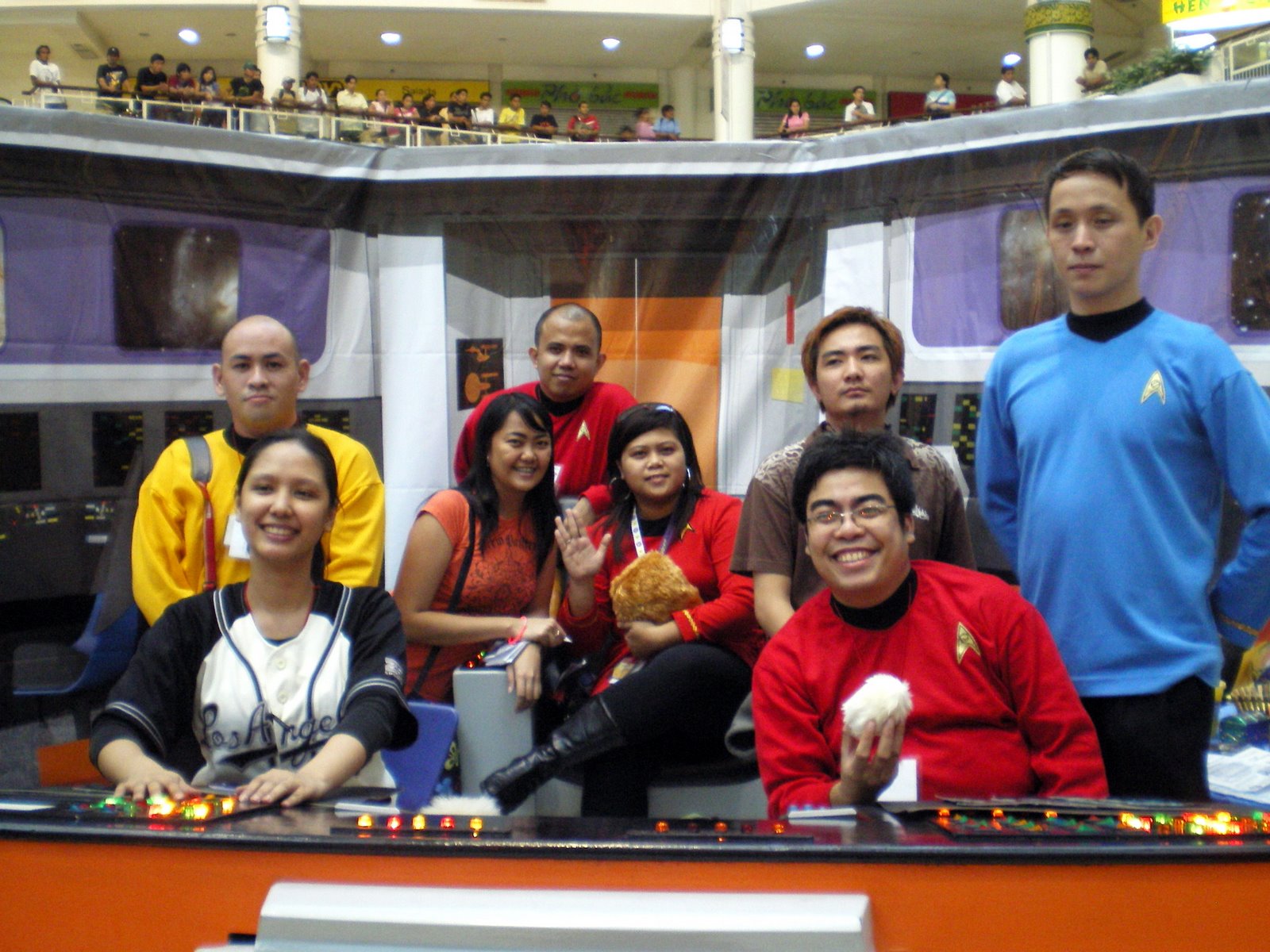 It has been far too long since New Worlds 5, the last local science fiction and fantasy convention held back in 2008. It wasn't much by international geek convention standards,but it always felt like an honest celebration of what we geeks loved ranging from movies to TV shows and all that jazz. In 2010 I wrote a piece discussing the challenges of putting up a true convention (and not just a cosplay contest with a swap meat attached to it) and it's practically 4 years later and still nothing. We still haven't quite figured out a way to get this ship back off the ground despite a general sentiment of support for another convention happening.

I was thinking, perhaps one of the other reasons that it feels like such a financial burden to stage a geek convention is the fact that most of our geek interest aren't local. We all have movies and TV shows that we love, but most of these are shows that we have to pirate off the internet or something along those lines. When you think about it, pretty much the entire Doctor Who fandom in the Philippines has been driven through piracy since there is no official broadcast of any incarnation of the show to be found here. Services like Netflix, Hulu and Amazon Instant Video all don't show content here due to copyright restrictions imposed by the US and other such countries. And this sort of thing is repeated over and over again across various fandoms.

Local geek works are rather limited, most of them stuck in what I suppose we could call "indie" status because of lack of wider support. I know of a number of local comic book creators who continue to try and pursue their dreams as seen in the various local comic book conventions, but not much beyond that. We had a few superhero themed telenovelas as far as I understand it, but those show didn't necessarily target the geek market but more the telenovela market.

Without local entertainment engines helping pushing things along, is our ability to stage a convention impaired? A lot of conventions have such press events wherein the publishers and studios pay the organizers for appearances instead of the other way around. Thus they are freely able to tap from their stable of talent to make appearances at convention panels in order to promote some TV show or movie or whatever.

We don't quite have that here - at least not at a level where some large media group is going to shell out hundreds of thousands of Pesos to show up and "sell" their geek concept. So all conventions are labors of blood, sweat and tears with volunteers struggling to pull things together and figure out ways to entertain patrons on a shoestring budget. Cosplay contests are things that local sponsors understand better and thus are better able to get behind. Swap meets and trading floors pretty much pay for themselves like any other flea market. Thus those elements repeatedly come up across different types of conventions around here.

I think the closest thing we had to potential media buyers would be the authorized distributors of foreign entertainment. I doubt they'd pay to ship talent over (since they have no true authority over said talent), but maybe they can ship over set of props or something? Of course this assumes that they might be open to promoting their new releases at an event that is much earlier than the actual air date of said TV show or movie. And we don't exactly have a solid entertainment cycle around here. We sort of follow the whole US summer blockbuster schedule, although their summer falls into our wet season. And the December release scheduled followed by others is always broken by the Metro Manila Film Festival.

The true geek convention ball has been stuck in the mud since 2008 for one reason or another, and I think a lot of us geeks are still trying to figure out how to get things rolling again. Then again, there's only so much that we can do, I suppose. And while I don't think it's impossible to stage a convention in the absence of significant local geek content, it certainly makes the process a heck of a lot harder.
inner ramblings moving pictures television