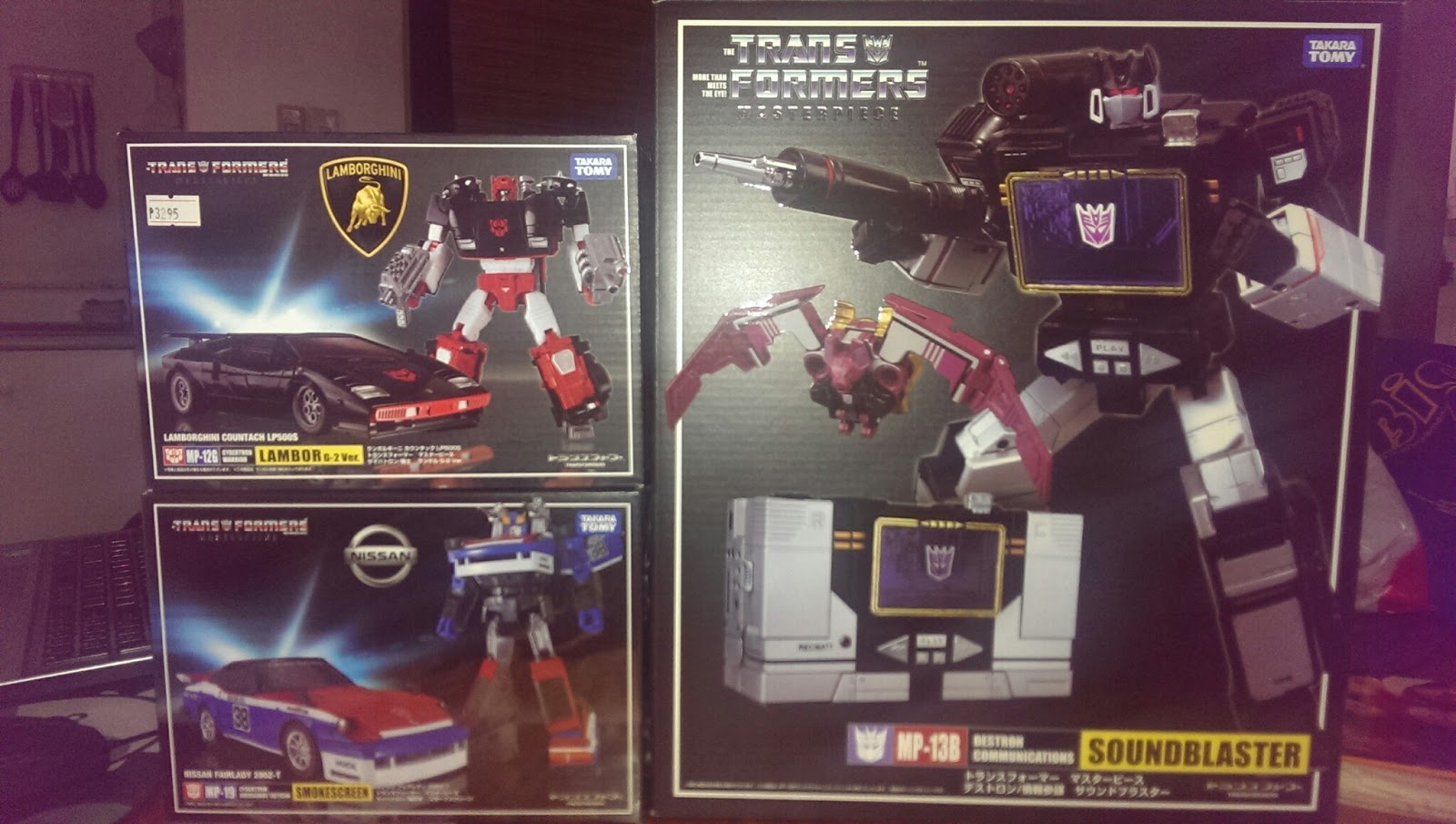 If you've been following my social media updates, you may have noticed that his weekend has turned out to be rather expensive for one reason or another. And as much as I am known to indulge in our geekier interests, this weekend's spending has been a little more indulgent.

The reason for that is simple - both my leave credits conversion and my retroactive pay for my promotion came in this week, and so I could finally celebrate my promotion and my frugal use of my sick leaves in earnest. And I definitely wanted to find ways to indulge Tobie in some good stuff as well. It's how we work - after all and what is mine is his. Hence yesterday's PS3 game purchases in order to expand our little collection of games that we may never find the time to finish because reasons.

This is not to say that I didn't spoil myself a little as well. Case in point - the purchase of three new Transformers Masterpiece figures as featured in the photo above. I'm a big Soundwave fan, also getting the Soundblaster repaint really wasn't a question. Plus there's the fact that this is the only way to get access to a Masterpiece version of Ratbat.

I wasn't initially keen on getting more of the Autobot cars as part of my Masterpiece collection, but then one thing led to another. First, they decided to release a Transformers Generation 2 version of Sideswipe in all his 90's comic book aesthetic glory. And since I was getting him, that softened my heart long enough to opt to get Smokescreen as well, who is one of the few Autobot cars that I developed feelings for in terms of the show. Plus we managed to find one that still had the collector's coin with it - I didn't have coins for the other two figures, unfortunately.

So after a day spent recovering from last nights epic game night, a hilarious staging of Noises Off done by Repertory Philippines at Greenbelt in Makati and toy hunting in Greenhills, now we're just relaxing at home and trying to recover some energy from such a busy yet amazing weekend.
sietch life Tobie toys Transformers