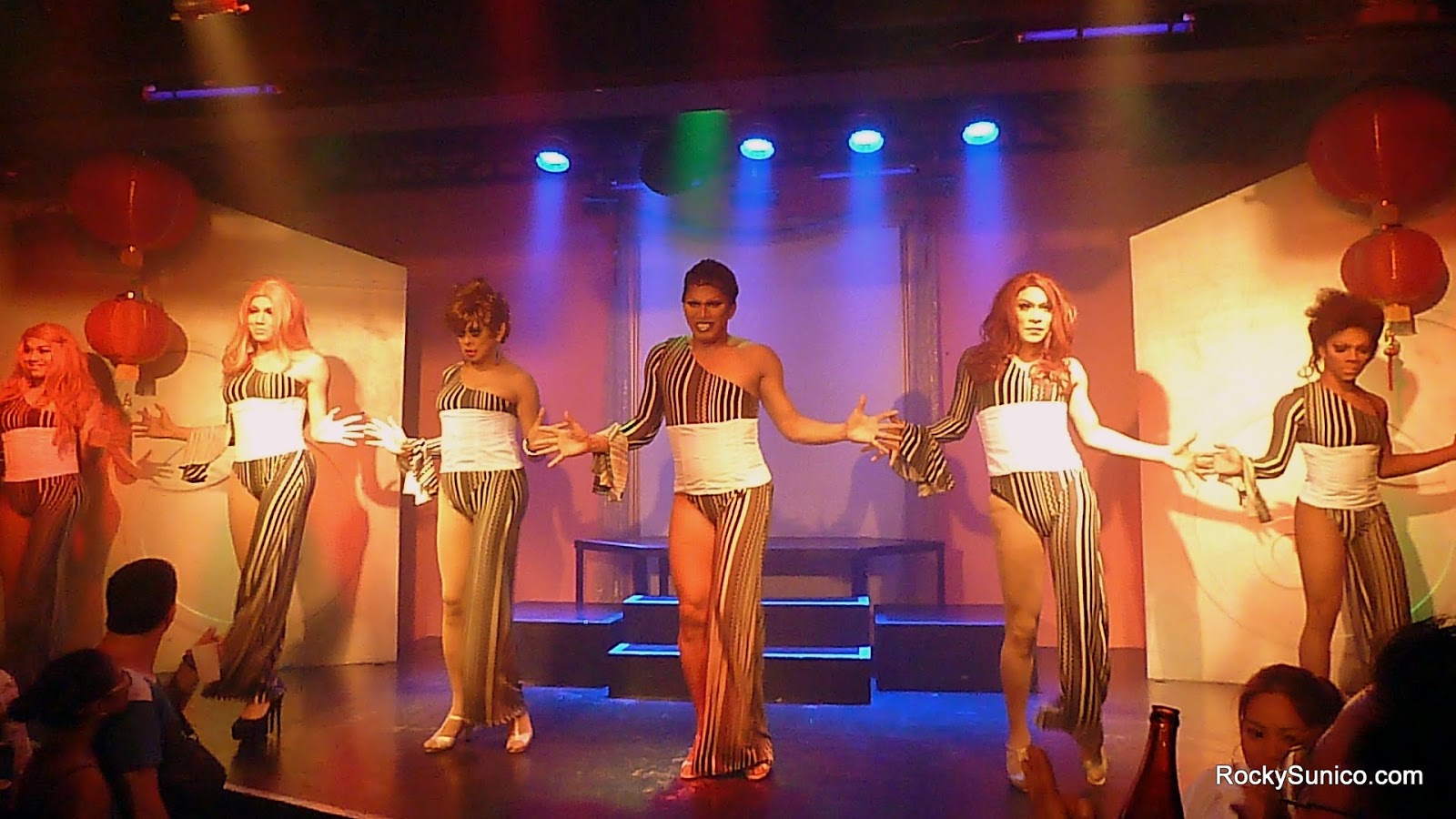 For those who haven't been keeping track - Part 1 and Part 2.

Drag queens are larger than life individuals. They're more than just guys wearing women's clothing - for some reason when they get up on stage they transform into something completely different. And the really good drag queens practically become goddesses walking the earth...in really striking heels.

The bar sort of stops when the drag show starts - it's just how things are. All eyes turn to the stage as the transition music plays, reminding the audience that the show is about to start. And since everyone was now watching the main stage, it also meant that it was going to take a heck of a lot more effect to wade through the crowd. People don't even notice how they unconsciously inch forward, thus taking up all available space until they can get as close to the stage as possible.

And in the press of the crowd, I totally lost sight of Teddy's table. Just great. And I hated not being settled in by the time the drag show started.

The sound systems blared to life once more as the first performance began. Following the industry accepted format, it was bound to be a group number involving most if not all of the different queens performing tonight. And I wasn't going to miss a moment of it - screw Teddy and his relationship problems. I was going to enjoy myself.

It's easy enough for drag queens to develop individual numbers as they impersonate this or that famous celebrity personality. It's another thing entirely when they decided to actually choreograph big group numbers beyond the generic "act all bitchy onstage together" routine that lesser queens do. And it takes an even more unique level of drag queen to actually try to reference Bob Fosse in a routine being performed in a gay club.

Oh yeah, my gay heart was soaring. I know, I know, it's already pretty gay that I go to clubs at all. It's even crazier that I'm also a huge musical theater nerd. And I always get doubly excited when the drag queens reference musical theater - just like they were doing now.

I did my best to crane my head past the rest of the crowd keeping my beer firmly in hand. They were actually performing "Magic to Do" from the classic musical Pippin, despite the fact that most of the gay kids in the club tonight probably had no idea that this musical existed. But why should I care about their ignorance - class was in session and the drag queens were bringing this lesson home!

So it was rater surprising that I could hear someone (else) singing along to the performance. As our performers were slowly striding from one side of the stage to another with their arms at right angles to their bodies, someone was joining in the chorus. I had to admit, my curiosity was piqued.

As much as it hurt my gay heart to turn away from this fabulous performance, I found myself scanning the crowd, trying to figure out who was cultured enough to know the words to this opening number (one of the opening musical routines in Broadway history, in my opinion), but no luck. This was one of the few times that I wish that I were taller. And I needed to figure out who the guy was - the song was almost over!

It all happened at once - my eyes settling on a guy wearing an adorable pair of borderline hipster glasses, the drag number reaching its big finish, and hand landing on my shoulder, thus jerking me sharply to the right. My beer slammed into some guy somehow moving through the crowd in the opposite direction. I lost sight of the guy who knew the words to a Stephen Schwartz musical. And I now knew where Teddy was.