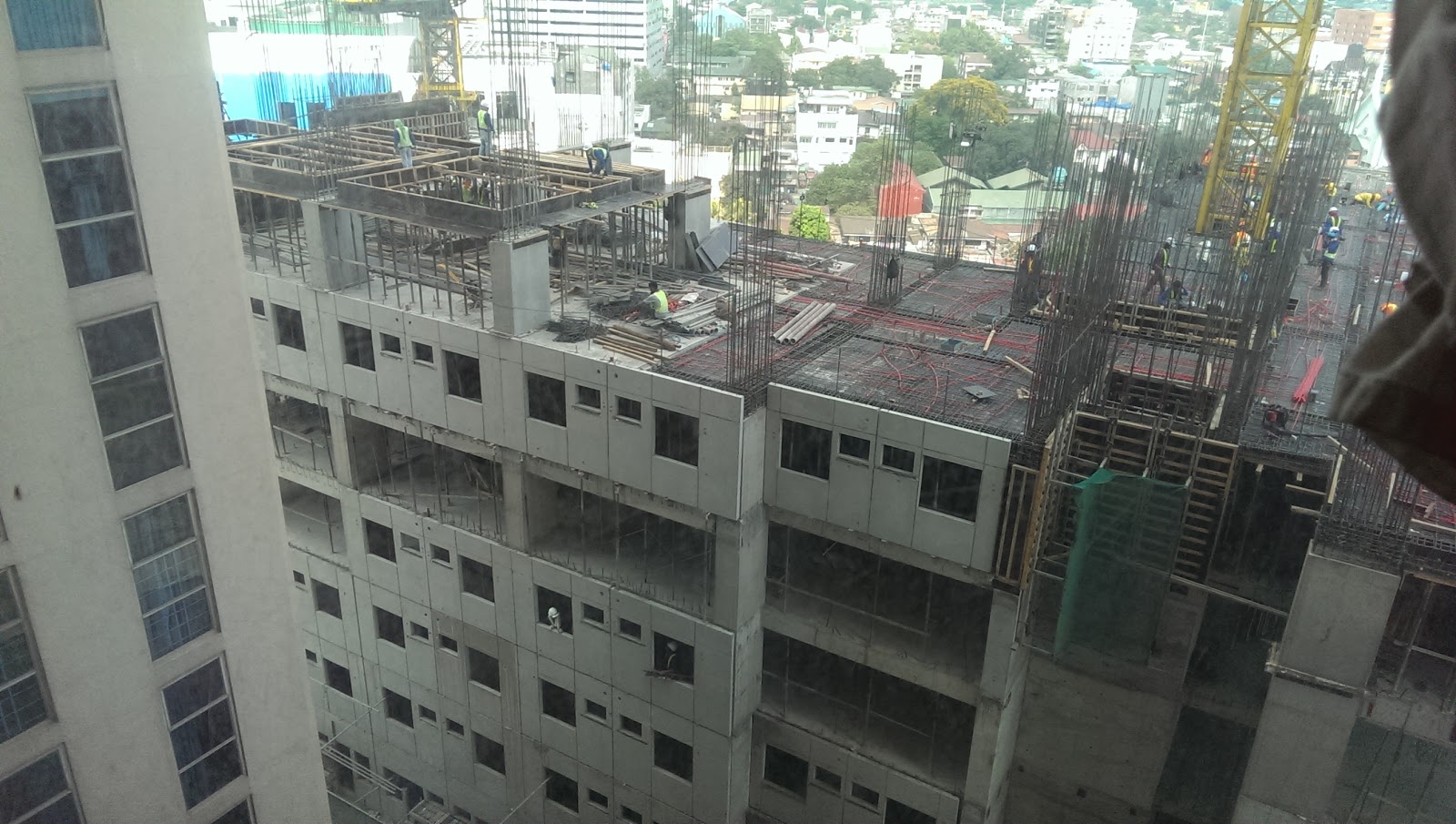 This is the view out of our living room window now. I estimate that by next week the condominium construction will finally be on eye-level with the Sietch, thus blocking out our view. And as the condo rises, the noise of the construction efforts just get worse and worse. And they never truly stop at any point in the day - sure they try to keep noise to a minimum in the evenings, but that doesn't exactly help me when I try to get some sleep  the daytime.

People talk about the effects of noise pollution all the time, but that doesn't it make it any easier to deal with things. My ability to get a full 6 hours of sleep seems more and more impaired as of late and my daily blogging efforts after work aren't doing much better either. As much as I try to drown out the noise with TV shows, movies or music, there's on getting away from the hammering, drilling and general sounds of machinery that echo throughout the area. Heck the really powerful machines are enough to make one's bones rattle a bit, if that's even possible.

Short of moving out of the Sietch entirely, there's not much that we can do at this point. Keeping all the windows helps muffle the sound a bit, but that kills all ventilation in the Sietch. So for now we just grin as best as we can and endure the noise. Perhaps once they're finally past our floor, things might get a little better.