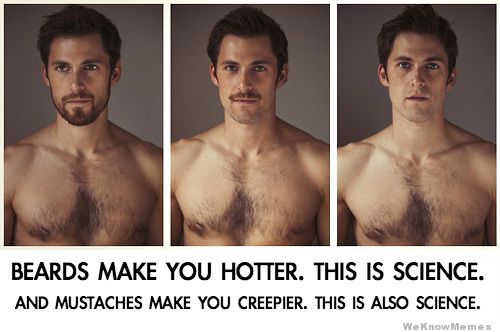 Today's post is going to be kinda gay in the sense that I'm going to talk about some of my interests in terms of other people's physical appearance. If that's not your thing, turn away. You have been warned.

The over day a friend of mine asked me a weird question about body hair that I didn't like and I ended up writing this weird response about "orphan hairs". With little else to blog about today, I figured I might as well write about this because reasons. And I must go on record saying that I'm really enjoying saying "because reasons" as a vague answer to things, especially in terms of social media and the internet at large.

I've previously written about how my preferences and personal tastes when it comes to crushes has changed over the years. And one of the other changes I've noticed over the years involves my stance on facial hair and body hair in general. And yes, this is also a factor since I have been cultivating a rather ridiculous mini-goatee since mid-2012 for one reason or another. That is more likely a symptom of this shift more than a cause though, now that I think about it.

During my early coming out years, a lot of my interests in guys were more aligned towards guys with great bodies and very little body hair. I suppose this was a direct result of the stereotypical imagery of guys with amazingly hot bodies and little to no body hair. It's an almost Ken-doll sort of image when you think about it, but thankfully they have actual genitalia while Ken has...a lifetime of trauma to deal with until the end of time.

And when it came to facial hair, I'd naturally do my best to keep myself very clean-shaven and I think this sort of reflected my expectations of my partner/s in the past. Facial hair is often itchy, especially when you're kissing a guy. And I was undecided if it was a sensation that I actually enjoyed. And when I'd spot the odd hair here or there on my partner's body I'd go ahead and either cut it or shave it, depending on the nature of said hair and how available my hair-removal tools were at that moment. My war on hair was an odd quirk that just sort of happened to people.

But these days I can totally see how a guy with a beard is pretty attractive - but I still sort of attack isolated "orphan hairs" that appear in odd places. My usual example is that I regularly have one or two hairs that grow in the middle of each cheek. I regularly need to pluck them or shave them just to keep sane. 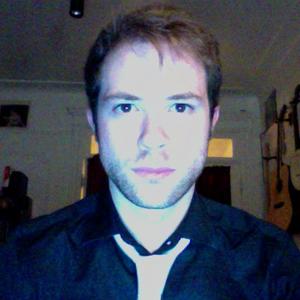 And I think a good way to analyze my appreciation for facial hair can be best illustrated by Mike Rugnetta of PBS Idea Channel. On the right is a decent enough image of Mike Rugnetta with minimal facial hair. He's a pretty scruffy guy, but the light of his computer monitor or whatever really helps illustrate what he looks like when being closer to clean-shaven. He doesn't look particularly interesting in this manner and he has a lot going against him. Case in point, he has the sort of pasty white skin tone that makes me feel concerned that he's probably not getting enough sunlight since he lives in his basement or something. And while he's not exactly ugly, he also doesn't attract my attention in that manner.

What follows is Mike Rugnetta as he appears today. He's certainly a lot more interesting with a full beard but admittedly the beard wasn't exactly something I was into. I do agree he looks better with one, but it's not enough to make me like totally crush on him or something. 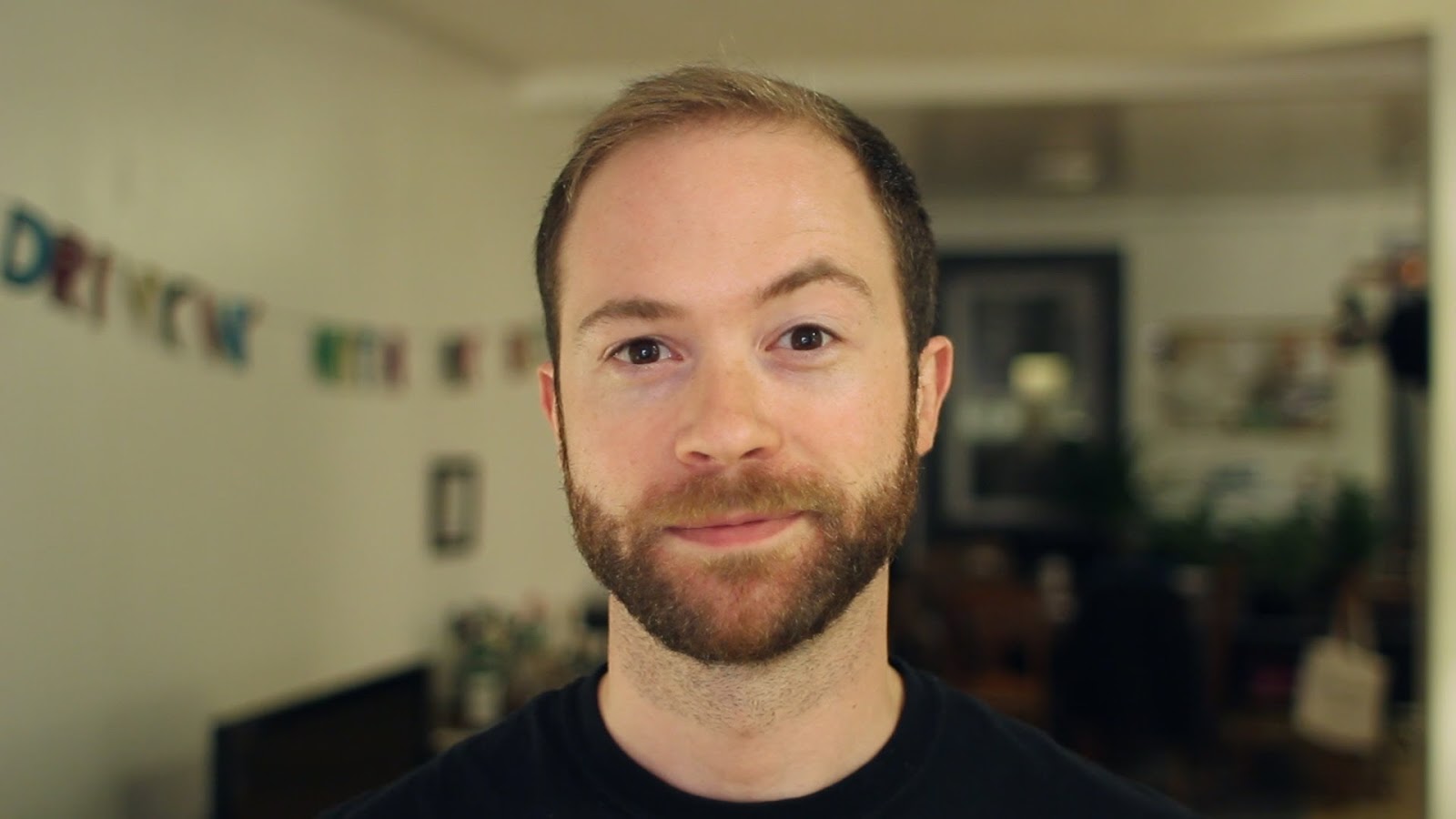 But in connection with my older post on liking guys more because of their geekiness and intelligence, here's Mike Rugnetta hosting Idea Channel more or less. He's totally in his element! And thus his full beard becomes almost a plus and his pasty white skin tone can be ignored entirely. But to be fair, he's not as attractive as a static image. 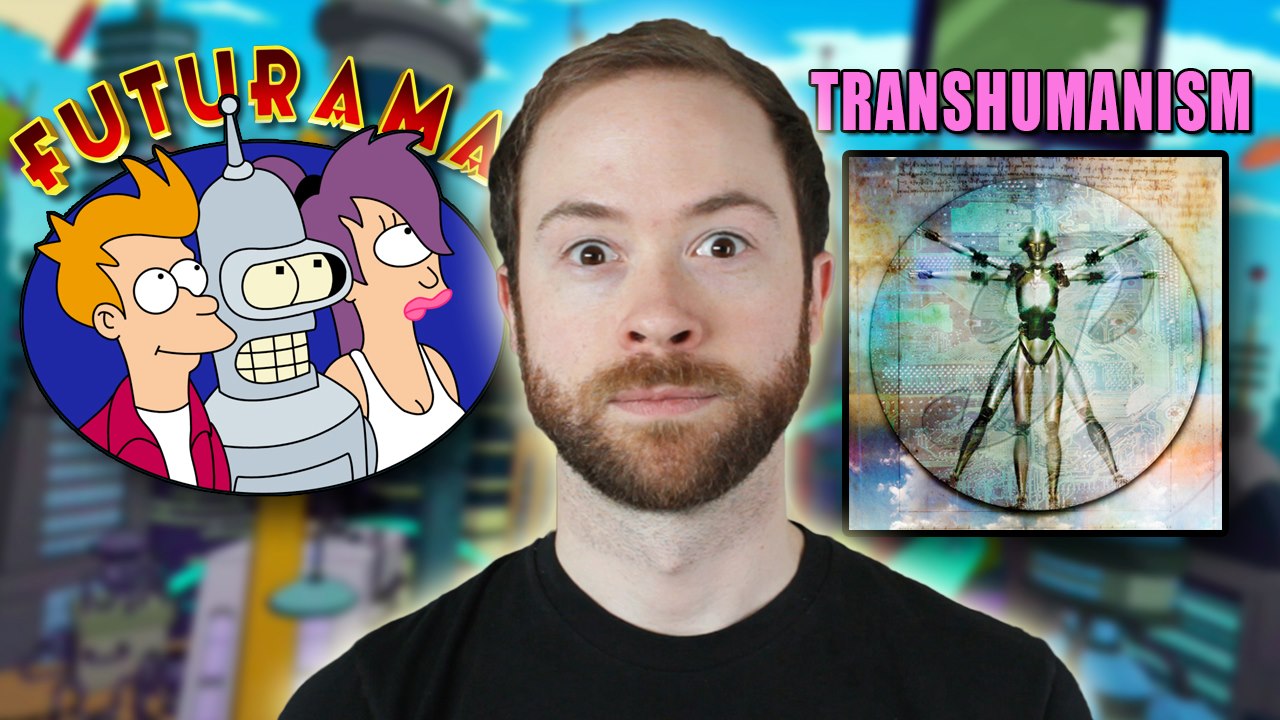 And as a bonus, here's Mike with a Pokemon trainer hat on because reasons. Geekery for the win! And this really ties into the rest of my interest in Mike - he's hot because he's geeky. And you can best determine his level of geekiness when he's a talking about this subject or that topic in a completely geeky manner. 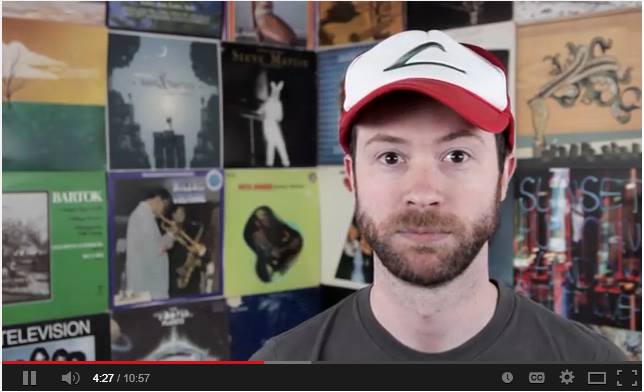 I guess the beard does something to better define a guy's face or something - it helps show the contours and help us better appreciate what he actually looks like. The Pokemon hat is a bonus since it becomes a visual reference for his geekery (but admittedly not a guarantee of said geekiness). And it all just works.

In contrast, this has given me some difficult with one of my older crushes, Oli Pettigrew. I first started crushing on him when he was doing geeky hosting bits on the Animax channel. Again, the geeky aspect of his personality is what helped catch my attention and it helped forgive his pasty white skin tone - this seems to be a theme. LOL

Thus even if a guy has a hot body, he's not quite as fun when he appears to be nearly hairless? But if he did have hair, I'd still get annoyed if he had a random hair growing all by itself in some random location like on a shoulder. So how does that work? Does it even matter? And yes, I know both guys are straight and taken, but this is not about relationships, this is about geek crushing! Oh life. LOL