01765: Yoshi Has Totally Conquered The Sietch 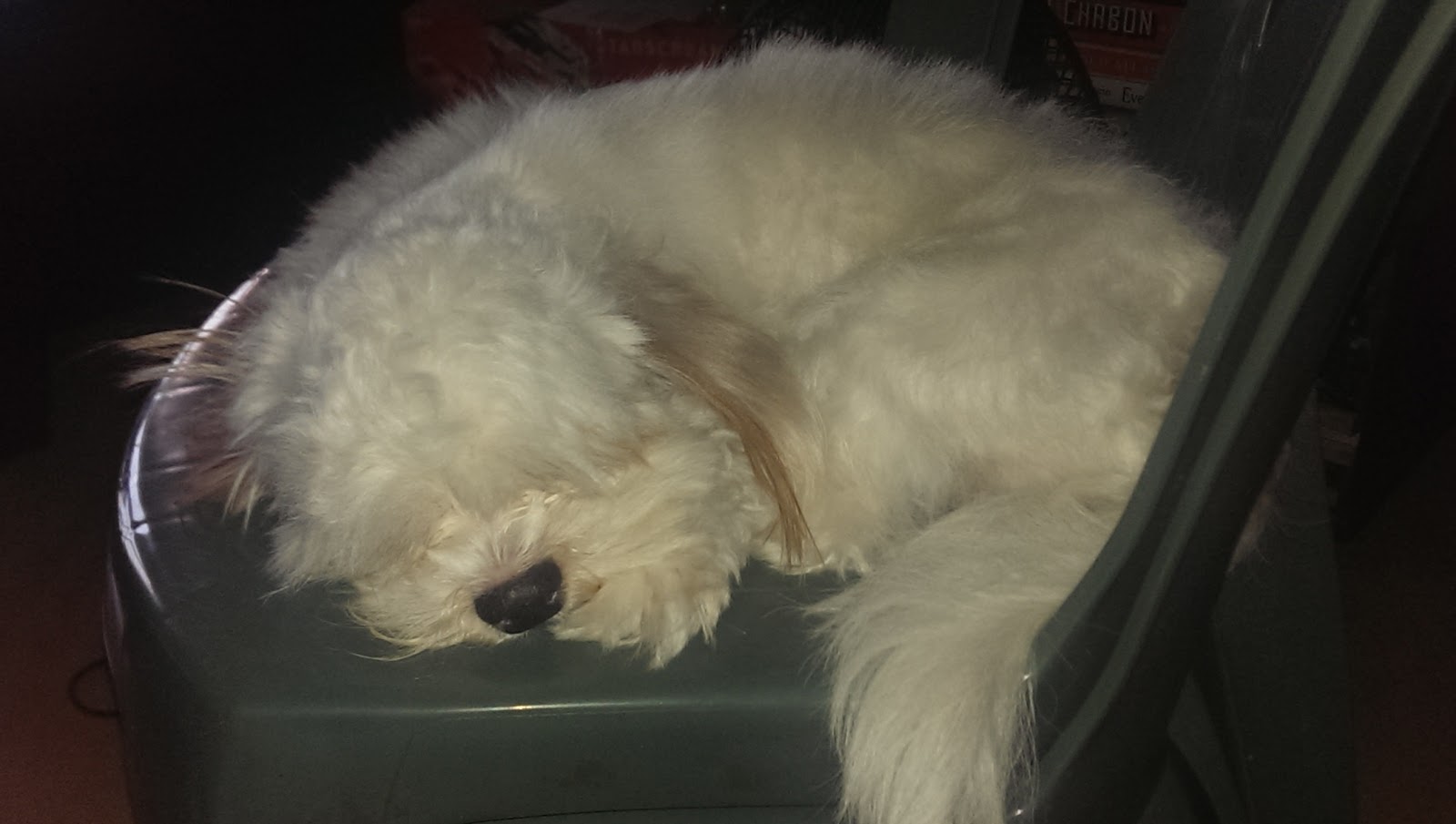 In recent months, Yoshi's been given a lot more freedom to roam the Sietch on his own. It helps that he's a lot more mature now and for the most part he does his business in the predefined area set aside for him. He misses the mat a few times, but no one's perfect I suppose.

But what is more interesting is how involved he likes to be in all of our activities. Tobie and I can be holding hands while watching a TV show and we'll find a pair of paws insistently poking at our hands, as if he was complaining that we didn't consider him as part of the activity. Just take a seat on our couch and Yoshi is bound to jump up beside you or funnier yet - he'll hop on over to the monobloc chair that's right beside the couch.

This is most noticeable when we're in bed. Yoshi has taken it upon himself to wake us up when either of our alarms buzz. He stays out of the bedroom for the most part but once the alarm goes off, everything is fair game. He'll leap up onto the bed and quickly proceed to nip at your fingers or lick your ear. The same applies to whenever I lie down but not sleep immediately. If you call out to him or make eye contact, he'll take that as consent to join you and he'll be right up before you can say no.

It's also funny how he tries to spend time with each of us more or less equally. Tobie can start carrying him for a while but if I'm nearby, he'll eventually start making his way towards me until Tobie relents and lets go so that he can clamber over to me. This happens whether we're sitting at the table or we're all in bed. Plus he has his preferred position! Sometimes he'll go in his signature monkey-on-a-tree hug but more often than not he'll prefer to lie on his back, like a person. Heck, he even makes sure to rest his head on the pillows for extra comfort.

It's no wonder why we love this little guy so much.
aminals sietch life Tobie Yoshi