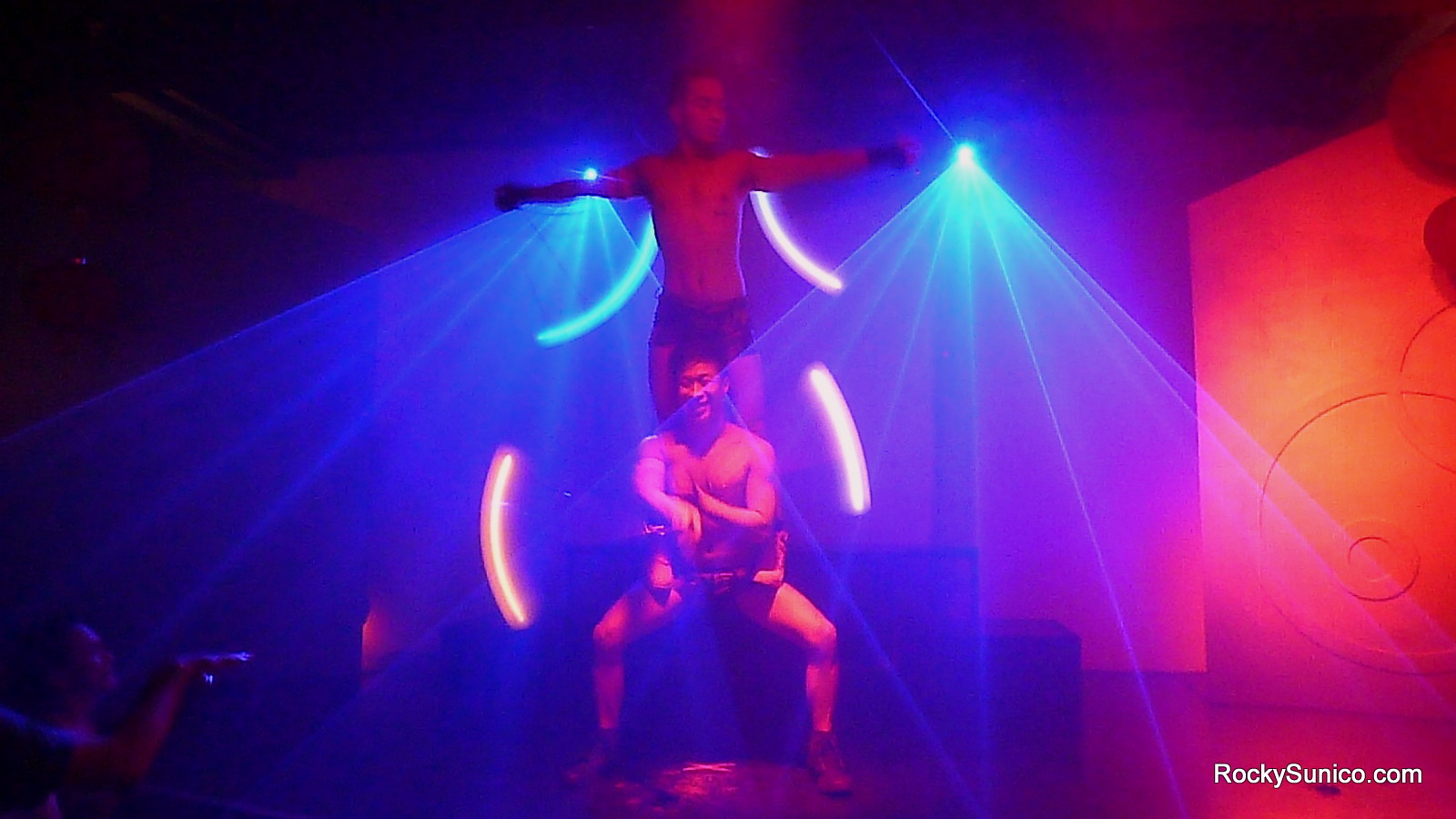 Part 1 of this story can be found here.

I thought I heard someone call my name, but as I turned in the voice's direction the strobe lights overheard flared to life. I should have been a bit more aware - the most popular songs always merited the strobes flashing just when the crowd decides to raise their arms. Or something along those lines, at least. As I tried to blink away the white spots clouding my vision, I felt a pair of hands grab me rather roughly as someone pulled  me closer.

I couldn't quite understand what had been said, but based on the pitch and register alone I knew Teddy had found me. Without thinking I was returning the beso (on both cheeks every time) and the momentary squeeze as he hugged me. As he pulled away, I had regained enough of my vision to get visual confirmation of what I instinctively knew to be true.

Teddy was garbed in...something tight. Once upon a time they were jeans, but now they barely went past his calves like capri pants.  He had some over-sized red tanktop loosely draped over a tighter shirt that clearly had sequins - I just couldn't decide on what color given the diverse lighting within the bar. And strangely enough, he had a pair of shades on - but he was known for trying to make fashion statements of this sort.

I sort of tuned out Teddy telling me about his latest heartbreak - it's not as easy as you think despite being in a noisy bar. Teddy's voice starts at a register that's close to breaking glass. When he gets upset, the dogs start wimpering. That's the kind of a voice that can rise above even the most heart-thumping bass beat even when you're pretty close to a speaker. I just kept watching the crowd for any guys of interest while occasionally nodding to show I was supposedly listening. When it doubt, it was always safest to raise your drink in response to whatever had been said.

Damn, I still didn't have a drink.

It took me a few tries before I managed to convey to Teddy that I was going get another drink. He was soon swallowed up by the crowd after seeing someone he knew and I waded closer to the. Despite having been standing right next to it just before Teddy had found me, I had somehow drifted a good distance away. Navigating the bar crowd here was like a demonstration of physics or something - I just couldn't tell you what exactly one was experiencing in the press of bodies trying to get this way or that.

In time I finally managed to wrangle a waiter to take my order and found myself plowing back through the crowd in search of Teddy. Naturally he was no longer where we had met up earlier, but thankfully he was a creature of habit. I just needed to figure out which of his favored spots he had chosen for tonight's festivities.

Just when I thought I had found him together with some of our other "bar friends", the lights went out and the music shifted away from the usual remixed pop songs. The drag show was about to begin. And here I was stuck trying to find Teddy in the fucking dark.
queer life writing