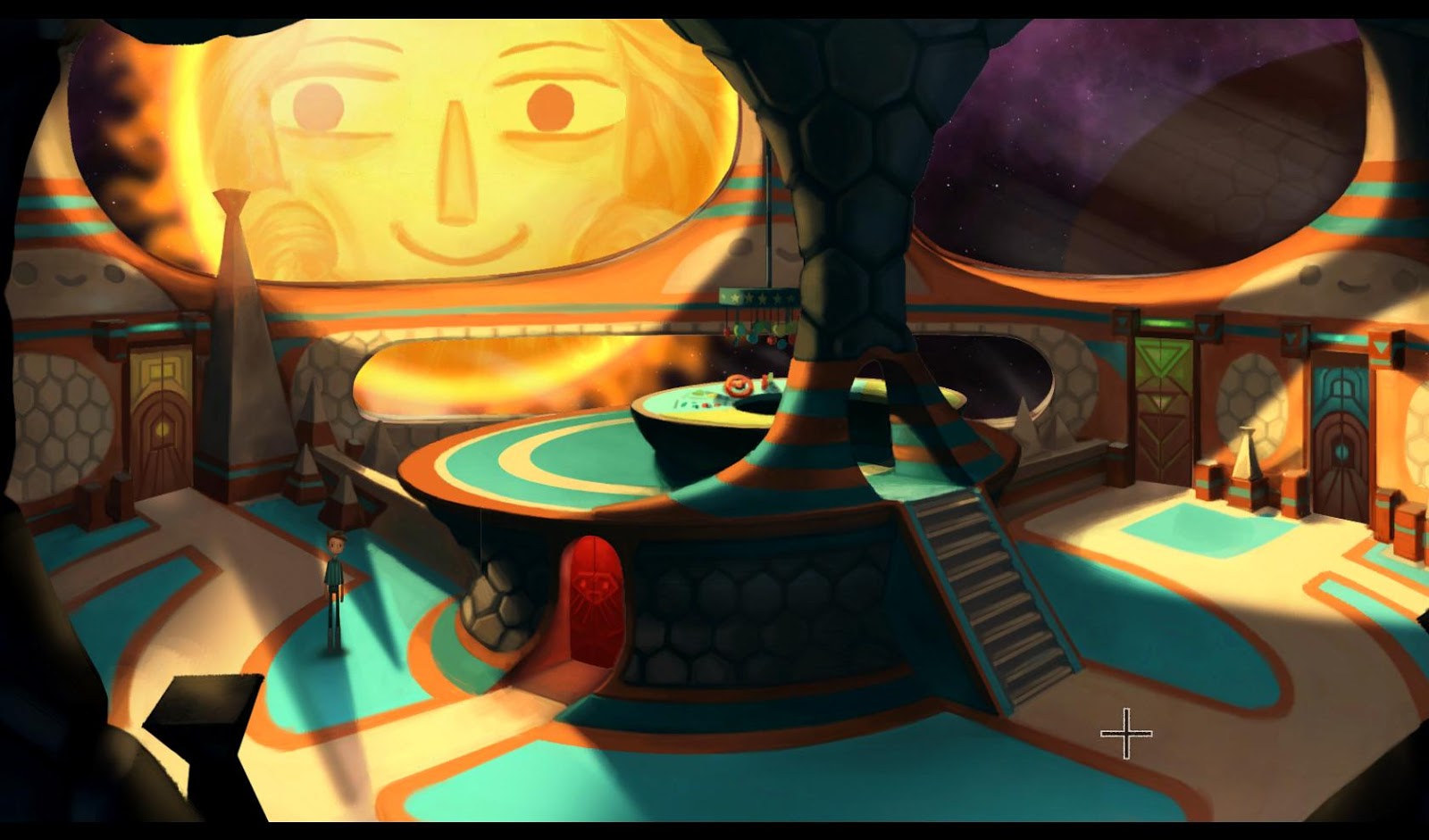 So early this morning I finished playing Act I of Broken Age, as released to us Backers early over Steam. It took me about 4 hours to get through the whole thing and I feel it was totally worth the wait - and that covers both the 16+ year for Tim Schafer to put together an adventure game or the almost two years to put the game together.

It's a little funny that I had a bit of a snafu right before I began my marathon run to finish the game. It seems to be the case with my recent computers - I somehow forget a little nuance about how I encoded my login password. Despite how clearly I mapped it out and how I repeated it to myself when I created it, I somehow hard-coded a mistake into the password during creation. Somehow I didn't notice it the first few times, but once I had gotten some sleep, I was unable to get back into the computer.

Naturally this lead to a panic yesterday after our quick game night. Tobie had already fallen asleep by this time so I ended up obsessing over solving the problem first, as is my way. And by the time I had figured out the one letter that I had accidentally capitalized during password creation, I was pretty wired. And so I played.

And it was glorious.
gaming sietch life technology