August 15, 2012
So now it's Typhoon Helen (International Name: Kai-Tak) that's terrorizing the northern parts of the country. Metro Manila is currently overcast and it seems to be raining on and off here in Cubao while it wasn't raining when I left Makati. But hey, the weather is unpredictable at best and so who knows how things will resolve over the next few hours. Today's the only time that it's actually going to be in the country and it is projected to be out of the country by tomorrow morning. Of course that's just the typhoon itself - who knows that other weather disturbances it might stir up as it moves through our area of responsibility. 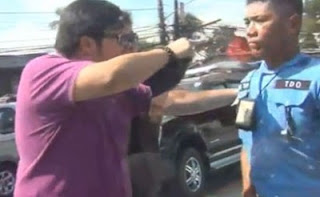 TV5 has led the charge in running the story about Robert "Blair" Carabuena "mauling" an MMDA traffic enforcer named Saturnino Fabros. There's no question that he didn't exactly practice the best judgement that day - he had lost his temper and had eventually struck a man just doing his job.

I have to admit that I know Blair personally - we were batchmates all throughout grade school and high school at Ateneo. I won't go into what I know of him or the kind of person that I think he is - even if that were relevant, the Blair that I know was just a child in comparison, given we were all still in school the last time that I had actually intereacted with him. That says nothing about the man that he is today or the quality of his work at his present company.

Beyond the fact that I know him personally, nothing excuses how the internet at large enjoys pouncing on these viral video type cases. And while I agree that he should have the appropriate charges filed against him and due process should take its course, what it does not justify is how people have decided to look for every single online account in his name and ransack it for the details of his personal life. It does not merit people calling for (and I'm not exaggerating) his execution and people publishing his home address and contact information with calls to form gangs to "deal" with him more directly. Now that's just horrible and pretty much why they call all this cyber-bullying. 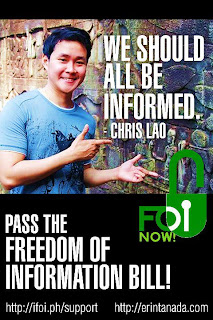 I feel bad for Blair that this incident threatens to ruin his life. It won't be as easy for him to recover from this incident as compared to other viral video victims like Christopher Lao - who now has endorsement deals and is the poster boy for the Freedom of Information Bill. To be fair, Blair did something wrong, and I'm sure he will merit the appropriate sanctions for that. However this has nothing to do about his weight, his appearance or what he does for a living. But the online witch hunt has decided to call him every possible name in relation to pigs and even to Barney the dinosaur. They enjoy going back to the fact that he's an Ateneo graduate and this just spurs them on to put on more and more shame, insults and sadly even threats. And don't get me started on the telenovela-style calls that this is a "rich vs. poor" type situation, which again is an angle that the media is trying to focus on to some extent.

It's sad that last week the country was praised for its constructive use of social media to help in rescue efforts during last week's heavy monsoon rains. And this week we go back to the somewhat uglier side to social media - using it to ruin a person's reputation and try to vilify him at every opportunity.

And what is going to be even worse is the fact that we also have terribly short memories, especially when it comes to news items like this. So while everyone is focused on this now, but next week people would have moved on to the next story of interest while a man's life and probably his career would have been ruined and it'll change everything that he does. And no one deserves that, especially just a case of just losing ones temper at precisely the worst moment.